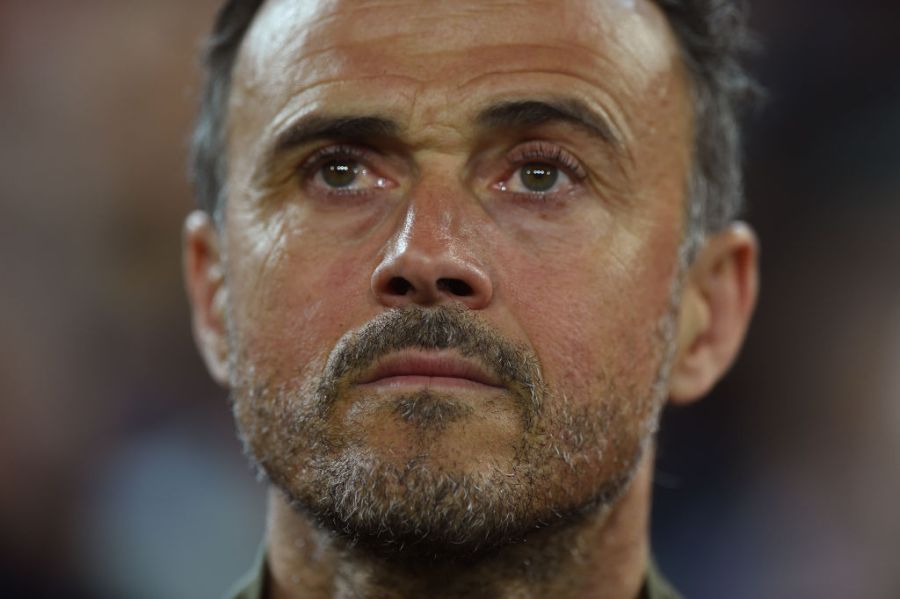 How has the Spanish team transitioned since 2018?

“With what I see on the pitch and what I ask of the players, I’m more than satisfied. I didn’t expect to be at this level. Players have appeared that we didn’t even expect. We continue to have a great potential to grow. I don’t know what will happen. I’ve never wanted to to ignore the role that we have as favourites, but not because of what we’ve done, but because of what the previous teams have done.

“I’m not afraid to face this challenge. We must assess, in the tailored adjustment, what we’re trying to do, what profile of players we have etc. I don’t know what point we are going to get to. What I do know is that we are going to be a very difficult, very uncomfortable and very complicated opponent. From what I have seen and from what the players transmit to me in training. That makes me very optimistic, but at the same time, let’s not kid ourselves. When the Round of 16 arrives, being able to continue or go home will depend on many factors, some of them we will not be able to control. I hope and hope that the team arrives with enough confidence to overcome those moments.” 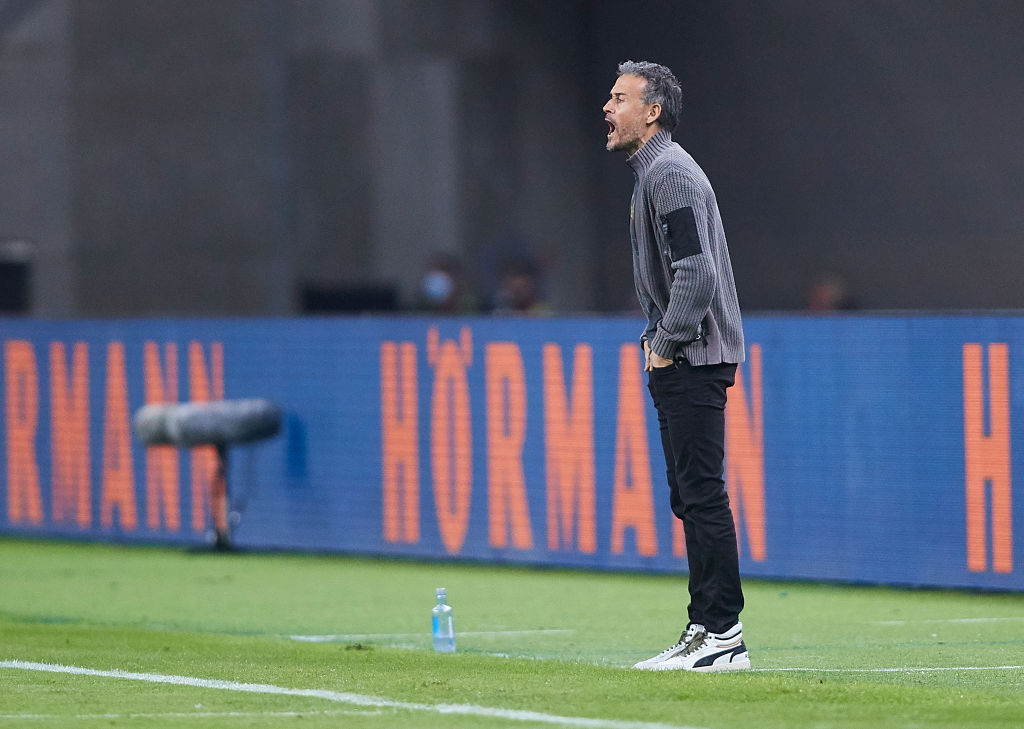 Euro 2020: Luis Enrique reacts during the Nations League match between Spain and Germany.

The victory over Germany demonstrated there is a lot of young talent in depth. Do you find yourself at the crossroads of different generations?

“To tell you the truth, since I was a coach, every time I have gone to a UEFA meeting I have been able to perceive that all the coaches with whom I have been able to talk to respect Spain for what it means on the planet football and for the style of game we have. From here, I am sure that now you ask any European team which team you do not want and Spain could appear among the two/three main ones. What does that mean? That we are not the champion team, because we have not won anything, in fact we come from three final phases in which we have been eliminated very soon, but we continue to be a powerful brand in the world of football.

“Now what are we trying to do? Recover and be able to imitate those who were unique in their time and who achieved something that we had never achieved from a position where players are aware that we can be champions with a mix of young players of great quality and hungry to do great things in soccer surrounded by people with more experience. Of course, if we are at the level that we are supposed to, we keep repeating things and the level of confidence generates an upward line of performance, we can opt for anything. There is no doubt.”

Is there something that really worries you with a month and a half to go before the championship starts?

“If I tell you the truth, I prefer not to mention it. It is something to which all the selectors are exposed. Unfortunately there are players who in this last month due to injuries cannot come. I think that we have always adapted to all this. Firstly because we have no other choice and secondly because we have to try to be positive. I hope and wish I could have a lot of difficulties in choosing many players, because it will mean that they are available. From there, we will make the decisions that we have to make. If later there is a player such as Dani Carvajal, who will no longer be able to be there due to injuries, we mainly regret it for the player, for him as a person.”

What do you expect from your group with Sweden, Poland and Slovakia?

“Approaching the last weeks of the previous call, the selectors always have, not the fear, but the prudence to analyse the possibilities you have. It is true that you are in a final phase, with a group like the one we have had with Sweden, Poland and Slovakia, which is going to have its difficulties. We always say topics such as that there is no easy game. It was demonstrated in the last concentration of the national team. It will be a good point of reference to see where we are as a team. We are going to have the chance to play the first three games at home, in Seville, which is something positive. I hope we can face these games with the same mentality as the previous ones.” 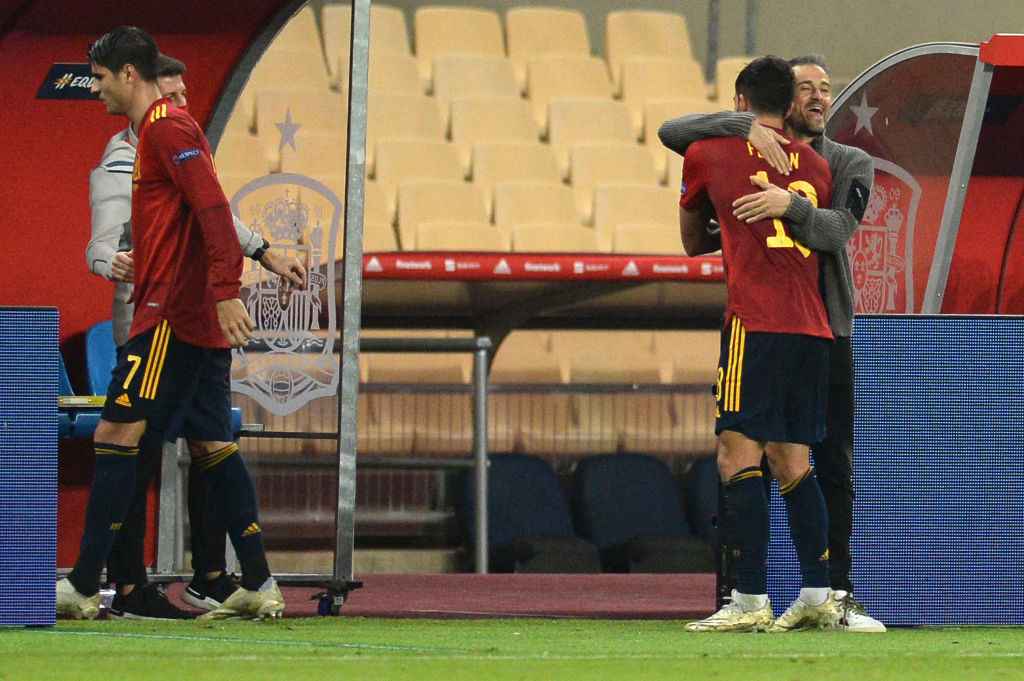 Who are the other favourites to win the European Championship?

“Well, if you take the FIFA list and we start with the results that have been so far, you start with France, Belgium, Germany, England, Italy, Spain, Portugal. From there in theory it should come out. We have seen that in competitions of this type, from the Round of 16 and to a match anything can happen. We have seen champions like Greece or Denmark years ago. Everything can happen in football. It is simply to catch the right streak, be at the right time with the players at the desired level and do things well.”

“I would have loved if Bilbao had been the venue, like everyone else. Once it was unfeasible due to the medical conditions that were imposed and could not be met, to be able to maintain the headquarters in the country and make it Seville, which for me as a player is the city in which I have participated the most times with the national team. I think that we are going to be endorsed and supported and that the fans are going to be the mythical player number 12 and I see it as something very positive. We really want to play with the public again. Curiously, with the national team we have played in Ukraine and Georgia with the public against it and it already motivated us, so if this time we have it in favour, it must be the ‘repera’.” 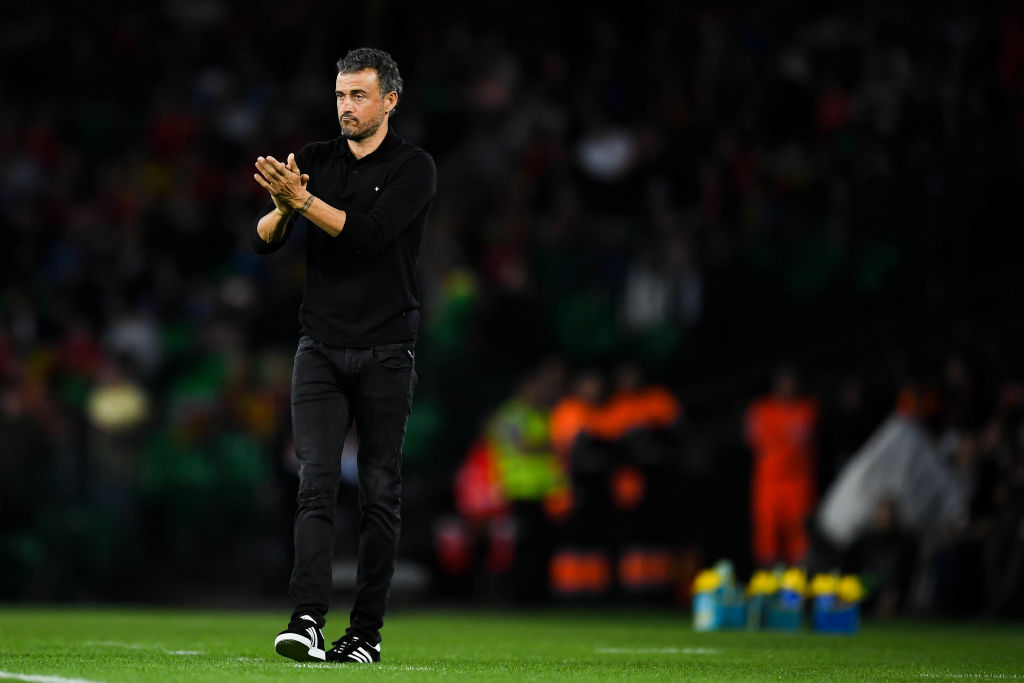 Euro 2020: Luis Enrique looks on during the Nations League match between Spain and England.

The concentration base camp is going to be in Las Rozas, why does Spain stay in the City of Soccer?

“When it comes to assessing what we needed, what we have and what we want, which is tranquility, on top of that we will have to be exposed to an even stronger bubble than the previous one. We understand that in the Ciudad del Fútbol de Las Rozas we are very good. We have everything we need to be able to stay focused for many days. From there, Madrid is the central point from which we can go anywhere in Spain. In this case, we have changed Bilbao for Seville and it catches us just as well. We are happy to be in our house. I hope to stay until the last day.”

If you want to read more from Luis Enrique, as well getting the inside track on every finalist ahead of this summer’s tournament, then make sure you pick up a copy of our Ultimate Euro 2020 Guide by clicking here. Don’t forget that you can also keep up-to-date with all of our online coverage by clicking here.