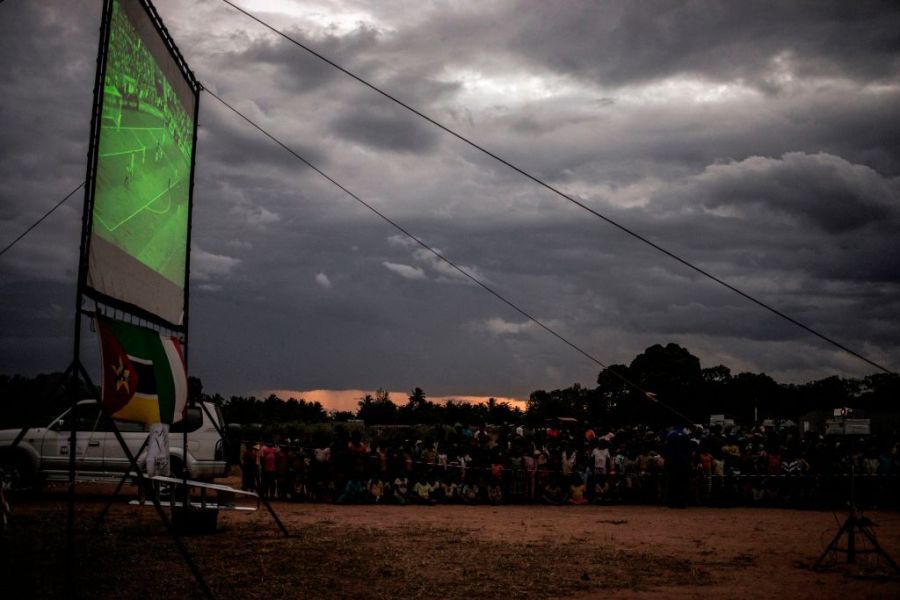 With crunch time approaching in the AFCON qualifiers, Mark Gleeson sat down with Mozambique coach Luis Goncalves to discuss his team…

A double defeat at the hands of Cameroon in your last two Africa Cup of Nations qualifiers in November, conceding six goals in the process, must have been a blow to your confidence. Are you still confident your team can get the points you require to qualify for the finals?

Of course, the results weren’t good but we also have problems with COVID-19. In the last game [a 2-0 home defeat], nine players and I were positive and we couldn’t go to the game. That wasn’t good, but I believe that for the last two matches against Rwanda and the Cape Verde Islands, we are determined to win, because we know it’s our chance to go to the Nations Cup finals.

I believe these last months have allowed the players time to heal the wounds. I speak to the players often and everyone has the same purpose and objective, the same goal. We know this is our chance. They won’t be easy matches but it’s our opportunity and we must be focused on our target.

On paper, Mozambique should be able to qualify at the expense of Rwanda and Cape Verde, would you agree?

It’s true we have a good chance but Rwanda are much stronger than before, and played in the CHAN tournament [Championnat d’Afrique des Nations, or African Nations Championship] in Cameroon in January. 50 per cent of those players in CHAN are also in the proper national team, so I think they will be well prepared. We mustn’t forget that they still have a chance to qualify also. We are going to have a very difficult match in Kigali.

Cape Verde is maybe a little different because they have changed coaches, their approach is a little different to before, but they have many valuable players. We will play them here in Maputo and that means we have a very good chance. But we must also respect the opponents, who are also fighting for a place at the finals. The key for us is focus and the team spirit…the team spirit must prevail.

Mozambican football right now is in crisis because the league has been stopped because of COVID restrictions. I have seven or eight players who play in the local league in my squad and we are studying ways to keep them active and match fit. I proposed a camp but it’s not possible with our COVID-19 regulations. The players have stopped playing and we don’t know when the league will resume. As it stands now, we would only start working with the players about ten days before the game in Rwanda on March 24. We have to work with this reality. It is how it is and I believe we can make it with hard work and team spirit, which for me is the key right now.

FIFA is now allowing clubs to refuse call-ups if players face quarantine on return to their clubs. Are you worried there might be problems securing the services of players based in Europe?

Yes, we are always aware of this potential, and that’s why we are always communicating with the players and seeing what is going on in those countries. But I believe we will get the players because we have a good relationship with their clubs and the players want to come and play. For a few of them, they know that this is maybe their last chance to get to play at a major tournament like the Cup of Nations. That makes these two matches so very important for them.

In these days of COVID-19 isolation, is that the majority of your work – on the phone to the players, cajoling the clubs, etc.?

No, no. Sometimes I talk with the coaches and players but normally I’m watching the matches, either live or on television or online. I speak to the coaches to find out how the players are doing. Some players aren’t playing for their clubs and I try to find out why. We have a few very important players in Europe but we don’t have a lot. So, my concern is primarily the welfare of the players because I want them in top shape for when we need them.

Have you discovered any new players from the Mozambican Diaspora over in Europe?

We are working all the time to discover players with Mozambican ties but sometimes we have problems because it takes a long time to get the players available for the national team. Sometimes we have false alerts, we get tipped off about a player who might have the possibility to obtain Mozambican citizenship only to discover this is not the case [laughs].

But we have many players on our radar – we are always searching. I hope to have one or two new players if their paperwork is completed in time for the two qualifiers.

The last time Mozambique qualified for the Africa Cup of Nations was in 2010. Is there a real pressure on you to qualify for the 2022 finals?

Yes, absolutely, everybody wants us to qualify and everybody is waiting for that to happen. We need to be realistic, but we are confident. But it’s true that there is a lot of pressure to qualify. Over ten years without participating is too long.

Your background is in youth football, so you are well placed to answer this question: Where is the next Eusebio,Mario Coluna, or Matateu in Mozambican football?

These are different times I can say but we have talent. We need to better organise the youth set up, the clubs and academies. We are working on a major plan to develop the youth. We have talent but we don’t have much else – infrastructure, fields; we need to improve coaching education and nutrition. But the talent exists. We need to bet more on youth.