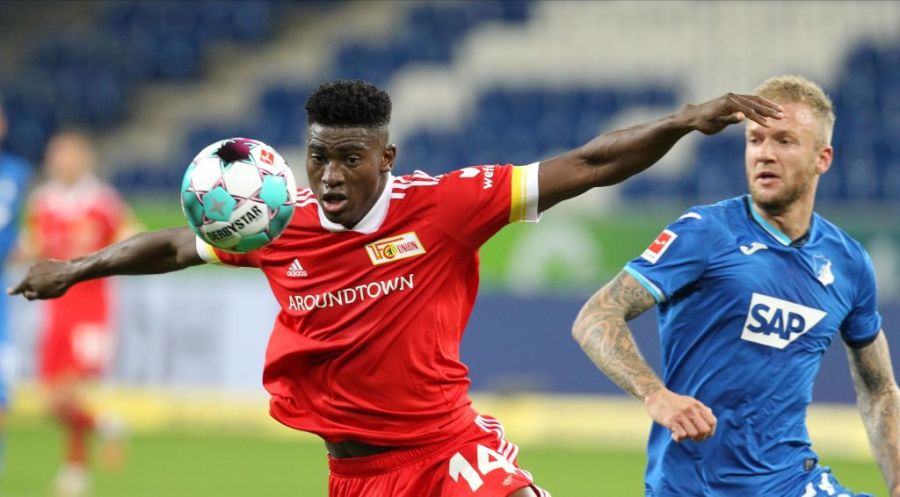 Taiwo Awoniyi joined Liverpool in 2015, but is yet to secure a work permit to play in the Premier League. A World Cup winner with Nigeria Under-17s, the striker is doing his best to prove himself to Jurgen Klopp and his parent club in his latest loan spell at Bundesliga underdogs Union Berlin.

This loan at Union Berlin is your seventh since joining Liverpool – how does it compare to your other stints in Germany, the Netherlands and Belgium?

“It’s always about how mentally and physically prepared you are in every challenge. Germany is a different ball game entirely in my opinion but I think they all help in shaping me. The German league, with all respect to the Netherlands and Belgian leagues, is a bit different and more competitive. The way teams set up and the tactical aspect demands a lot from the teams and players. I think it’s all about growth and all these leagues have given me something different.”

Your last loan, with another German side Mainz, ended when you suffered a concussion in June 2020. Do you recall that moment?

“I always say that God used the referee [Marco Fritz] to save my life on the pitch before the brilliant medics intervened. The way I fell down also helped according to doctors. I don’t really remember it very well because one minute I was on the pitch and the next thing I woke up in hospital. I believe that’s the way that chapter was written by God. I am still here today because I still have a lot to accomplish.” 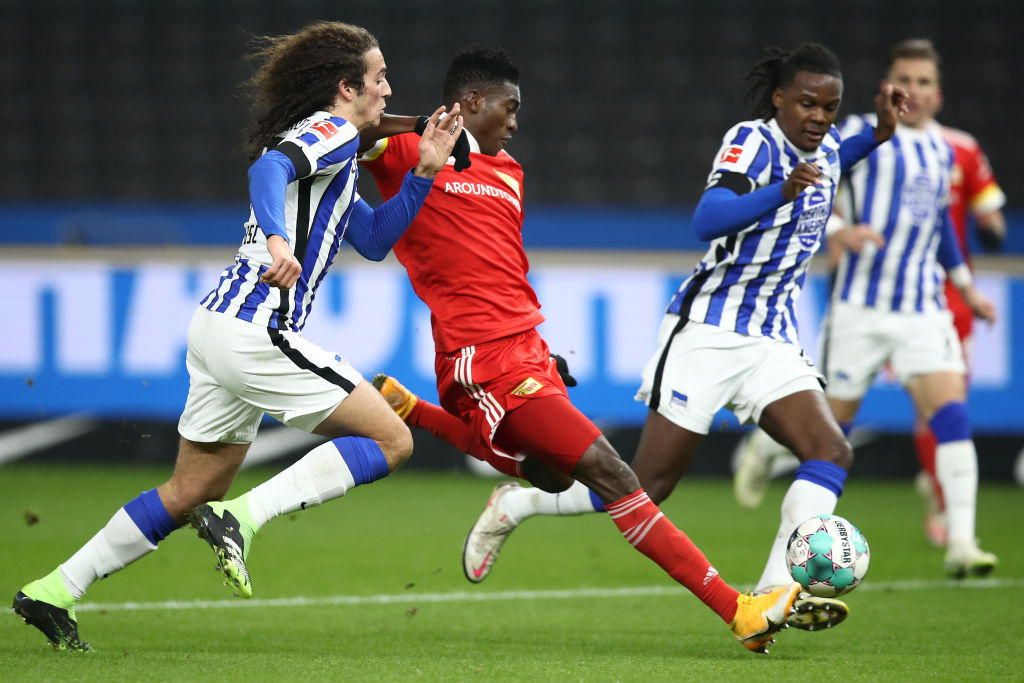 This has been one of the best goalscoring seasons of your career. What’s been the pick of the bunch so far?

“The goal against Cologne in our 2-1 away win. It’s actually my first goal this season. Before this match, I had played in games where everyone praised me for my hard work and contributions to the team. They said I should continue and that the goals will come. It helped me a lot mentally to know people appreciate the effort despite not scoring. To finally get off the mark against Cologne made it special for me.”

You’ve said that playing for Liverpool is something out of your control due to work permit challenges. Do you still feel that way?

“Liverpool will always be the priority for me and I am grateful to everyone at the club. I still don’t have the work permit to play in England. But with the new rules in place, and the minutes I have played this season in Germany, no one knows what the future holds regarding the UK work permit.

“If I become eligible to play in the UK, I think I can have a say on what my decision will be. Things have changed remarkably with the new rules and this will certainly help me decide my next step.”

Have you heard from Jurgen Klopp or any positive words from Liverpool about your performances in Germany?

“Liverpool is a very special club. They are always in contact to see how I am doing and to ensure I know that they are also following my progress out here. It motivates me to know my parent club is following up and have my best interests at heart.”

Do you think you need a permanent move away from Liverpool to fulfil your Premier League dream?

“Presently I am still a Liverpool player until the last day of my contract, but no one knows what the future holds. My dream has always been to play in the Premier League and it’s why I signed for Liverpool. I still keep the dream alive but if leaving will facilitate it, why not? The future is in God’s hands and I keep my hope alive.

“At the moment it is impossible to say what might or might not happen in the future, but I trust and believe in God and that keeps all of my hopes alive.”

You joined Liverpool in 2015, two years after winning the Under-17 World Cup with Nigeria. Do you ever wish you had gone to another club?

“Not at all. Life is all about process and learning. I believe all the years in between are my learning and process time and I’m still learning. So Liverpool as always will be the best choice I have made. If I had chosen another club I really can’t say where I would be now, but with Liverpool I know where I started from and where I am presently.”

You’ve said that you are proud to call yourself a Liverpool player, but would you rather be playing regularly than be a non-playing member of a championship-winning side…

“Every player’s ambition is to play football and back in Africa I always wanted to kick a ball at any opportunity, even with no food in my stomach. But getting to Europe I realised that football is an investment for many, a source of income, and to some fans it is their lifeline due to the bond they share with their club. So to be compensated for not making any contribution is not fair. No joy can surpass being on the field and making a contribution to achieve a collective success, it completes you as a player. I’d love to win the Premier League, but to be rewarded without playing is not for me.”

Gernot Rohr, the Nigeria manager, is based in Germany. Have you heard from him since your breakthrough at Union?

“Yes, he’s been in touch. I can’t really go into details. All I can say is that right now my only focus is on being successful with Union.”

Do you think you’ve done enough to earn a chance with the Nigeria senior side?

“I always say with Nigeria it is a privilege and big opportunity for any player to represent a massive nation like ours. But in terms of when and how close, the coaches are the ones who know best. On the playing side, I challenge myself to never stop learning, continue to work hard and strive for my dreams to come true. It remains everyone’s dream to play for his country. Only the dead can stop hoping and dreaming, so while I breathe I will continue to hope for the best.”

What are your memories of the Nigeria Under-17 victory at the 2013 World Cup?

“Scoring the two goals against Uruguay in the quarter-finals with the support of my team-mates. We had a great team spirit and camaraderie. I remember us gathering at midnight on the eve of a game to pray together. The bond was unbelievable and our unbeaten journey towards the final was a collective effort. The moment we won the World Cup after beating Mexico in the final was an unforgettable day – it was the beginning of our life journey as footballers.”

Was there a particular moment in your youth when you thought that you would make it as a professional?

“To be honest, I was just a boy playing on the streets of Ilorin [western Nigeria] before joining a local club [United Academy]. We always did everything ourselves and trekked several miles to training. I sometimes repaired my own football boots, same as my friends. We had no idea what the future would hold.

“That moment never came. I was only pushed on by my strong faith to believe that time would come to change my story. Happily it did with the Nigeria Under-17s.”

Who has been the biggest influence on your career so far?

“My entire family have had the biggest impact. My wife, and three other special people: my first coach in Ilorin, Abdulrasak Olojo, and my mentors at the academy, Seyi Olofinjana and Bankole Atiba.”

What’s the best piece of advice someone has given you?

“Never let go of your belief, and always remember where you come from.” 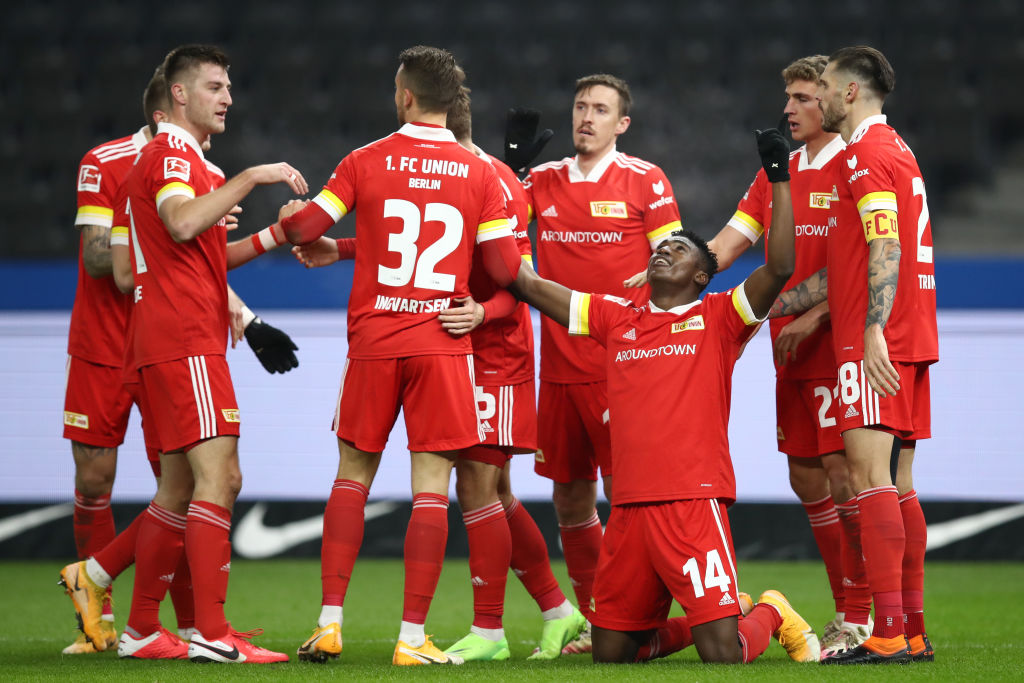 How do you reflect on the pandemic and what are the lessons you’ve learned from it?

“The virus summarises how fickle life is. Nobody saw it coming, but great kudos to all the doctors and nurses in this difficult period. We should all appreciate and love each other while we still can. No one knows what the situation will be tomorrow and hopefully it will get better for us all because it has turned everything upside down.”

How do you think football has been changed by COVID?

“The pandemic has changed the game a lot. Looking at my present club and their passionate fans and the love they have for this team; it’s unfortunate that they can’t be in the stadium to watch our decent run in the league. A lot of people want to witness the atmosphere in real time. We can only hope and pray that things return back to normal soon, for us all to be reunited and enjoy the beautiful game. Life is not the same without fans because they are the heartbeat and soul of the game.”

What has it been like for a young Nigerian living and playing in Germany?

“I have always loved being in Germany because it is the first place I started my professional football with FSV Frankfurt. It’s very organised, quiet and a disciplined society. Without noise and distractions, it allows you to focus on what you are there for and that helps mentally.” 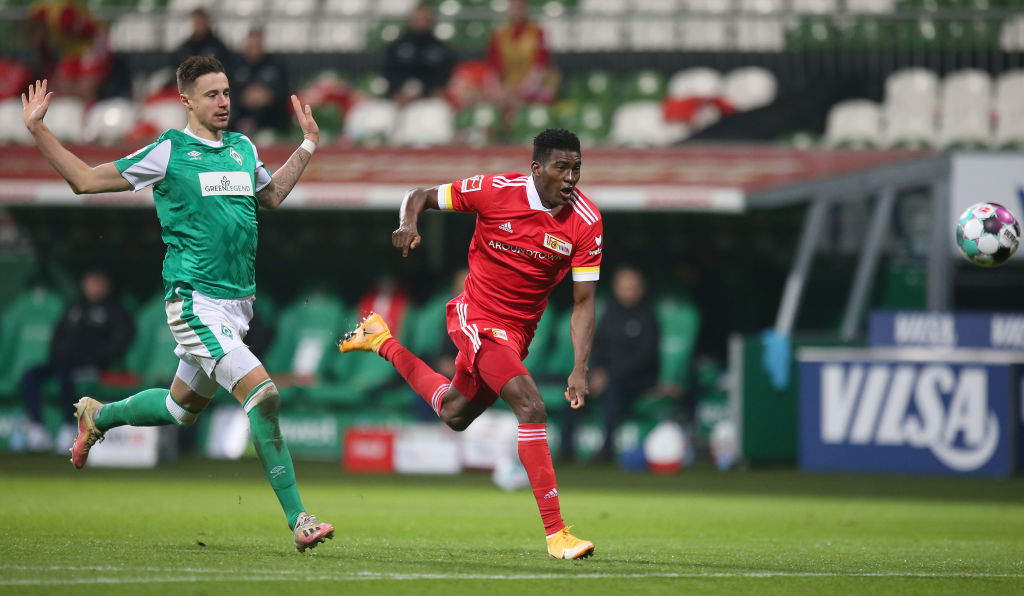 How is your reading and speaking German coming along?

“Not perfect. It is getting better, I can’t really speak much but I understand a little bit and mostly all the football terms. I hope to get better.”

Despite your busy schedule you’ve been doing some online courses. Why have you taken this step?

“I already have a diploma in business administration and marketing management. Now I’m doing my Bachelor of Science in business administration. My parents wanted their children to go to school and for me to be a doctor, despite our difficult situations financially. I remember the first meeting about my trip, leaving home to the Imperial Soccer Academy. My dad’s only question was to ask [academy owners] Seyi Olofinjana and Bankole Atiba if I’d be allowed to go to school, it is that important to my family.

“I always enjoy learning and you can’t play football forever. That is what prompted me to start some online courses.”

This interview first appeared in the March Edition of World Soccer. You can purchase old issues of the magazine by clicking here.