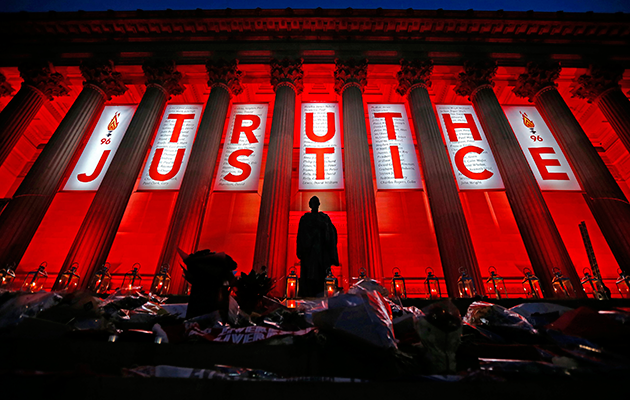 After the devastating verdicts of the recently concluded Hillsborough proceedings, criminal charges must one assume inevitably be brought.

But how far could, and should, they go? One major problem being, that among those most culpable so many are now absent. I am thinking especially of the Football Association, which for so many years went on staging semi-finals of its Cup at Hillsborough despite the palpable risks being taken and which is shocking beyond credence, that the ground had no safety certificate.

As for the club itself, those who ran it during those semi-final years were shockingly remiss in failing to improve the situation with its deadly potential at the Leppings Lane end. But the people who are in charge at Wednesday now are no longer the directors and officials of those menacing years.

David Duckenfield despite his agonised confession that he did indeed order the opening of the gates at the Leppings Lane end with the consequent surge of Liverpool fans on to those inadequate terraces, I still feel that for all his ineptitude and indeed dishonesty, that in the last analysis, he was the fall guy. Something I had believed and written from the first.

Brian Mole had made a perfectly competent job of commanding the police operation a year previously but the assistant chief constable inexplicably took him off after holding him responsible for a crude pseudo kidnapping by some of his officers, deputing the wholly inexperienced Duckenfield to take his place. That Mole should have been taken off the case at all was abysmal; that he should be replaced by Duckenfield a man with no experience of such grave responsibilities passes all belief.

Such errors were then as the tribunal emphasised compounded by the appalling pressure applied on individual police officers – including those by a woman police sergeant – to doctor their first-hand reports. Not to mention the literally fatal decision to terminate attempts at first aid at a time when casualties could still be saved. The word infamy hardly does suggest to what the South Yorkshire police connived at.

It was cheap of Andy Burnham, a notably unsuccessful member of the last Labour cabinet, to try to make capital out of the verdicts by accusing the Press of defamation and suggesting that the dubious Leveson report be implemented. The newspaper which regurgitated police lies and libels on the dead was the Sun.

And it would be grossly unfair to indict Rupert Murdoch’s newspapers as a whole. The then managing editor of my own newspaper, the Sunday Times, gave £1000 to a charity auction of photographs in the West End of London, organised by my young son Toby and fellow photographers. Featuring photos from all over the world, the auction raised several thousand pounds. A drop in the ocean no doubt by comparison with all that was needed, but surely a significant indication that not all Murdoch newspapers could be tarred by the same brush. Though in Liverpool itself, it was, alas, suggested that all papers in the group were boycotted.

I wasn’t there on that terrible afternoon, I was covering the other semi-final at Villa Park, but the shock all the same was tremendous. Early the following week, I was in the San Siro stadium in Milan to watch a European Cup game. Before it started, the tens of thousands of Milan fans stood at their end of the field and sung “You’ll never walk alone”. I confess I simply broke down.

All hail Leicester City and their glorious achievement in winning the Premier League. Proving that possession football as such may be merely a myth.

Reminding me that Herbert Chapman’s all conquering Arsenal, in the 1930s thrived on the counter-attack. Indeed, one of its refulgent stars, Cliff Bastin, told me that when the Gunners had a lot of the ball, they began to worry.

Jamie Vardy? A glorious story, the stuff of legend. An inspiration to those players who may appear to have missed the boat. Let’s hope he isn’t the exception who simply proves the rule. His autobiography should be fascinating, but a film? Hamlet without the Prince, it could so easily be. No one but Vardy, least of all an actor, could do what Vardy so thrillingly does. And there has never been a good football film yet.