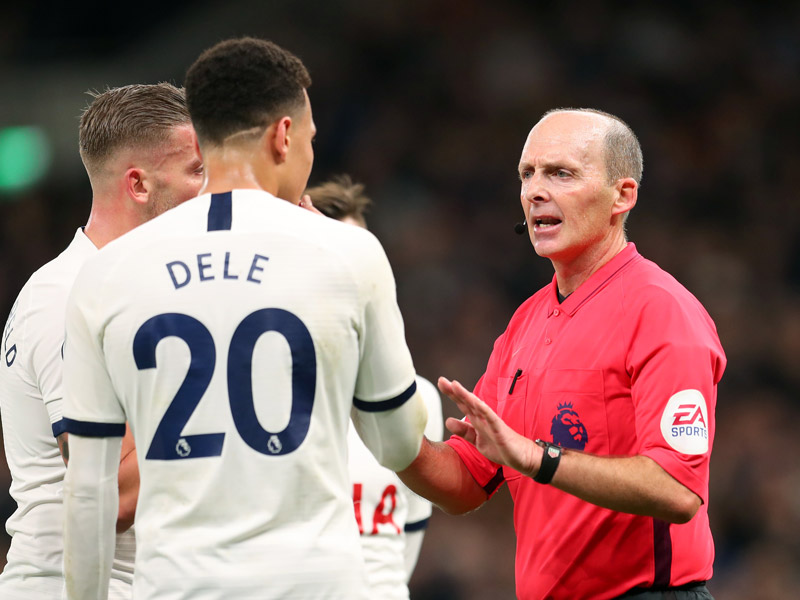 To what extent you may indeed wonder does VAR create controversy rather than resolve it? Jose Mourinho surely had logic on his side when he excoriated VAR when it did not sanction a red card for Raheem Sterling for his crude tackle on Dele Alli in the first half of Tottenham’s game against Manchester City.

Alli needed prolonged treatment for the injury which effectively put him, essential to his team’s approach, out of genuine contention. Mourinho made no bones about his displeasure. He said, “When the VAR decides not to give a red card to Sterling, it was thinking about the globality of the game. They decided to go against the rules of the game to favour the spectacle. For the mahjortity of the game it was 11 v 11 but it should have been 11 against 10 since that was a very nasty tackle from Sterling on Del Alli. City were very lucky. If Sterling had been out after a few minutes, there are more chances for us. I know what Mike Dean has a difficult job. He’s on the pitch and it’s 200 miles an hour. I wouldn’t like to referee because it’s so difficult.”

At least he had the satisfaction of a fine debut by Steven Bergwijn, having arrived from PSV Eindhoven just a few days earlier. “It was a debut goal that was the icing on the cake of a very good performance. Independent of the goal, I would say that his performance was very solid, very mature. We worked hard in the week.”

Pep Guardiola kept his players in the dressing room for almost an hour after the game was over. With City a massive 22 points behind Liverpool, he could scarcely fail to concede that his team cannot possibly make up the abundant distance in points. “They are far away, so they are unstoppable,” he said. “They have a lot of points, we have dropped points quite similar to today. Our targets are to win the remaining competitions and qualify for the Champions League next season.”

Jack Grealish is having a typically excellent season in a Villa midfield which would be lost without him. Still only 24 he surely deserves to be in the England squad. Some home fans booed him as he came off the field against Bournemouth and you could hardly blame him for motioning them to desist.

He is by far and away the most significant player in his team who would surely be doomed without him. He could hardly be blamed for the fact that Jefferson Lerma’s two yellow cards led to the Bournemouth midfielder being sent off.

On current form Grealish surely merits a place in the England international squad.