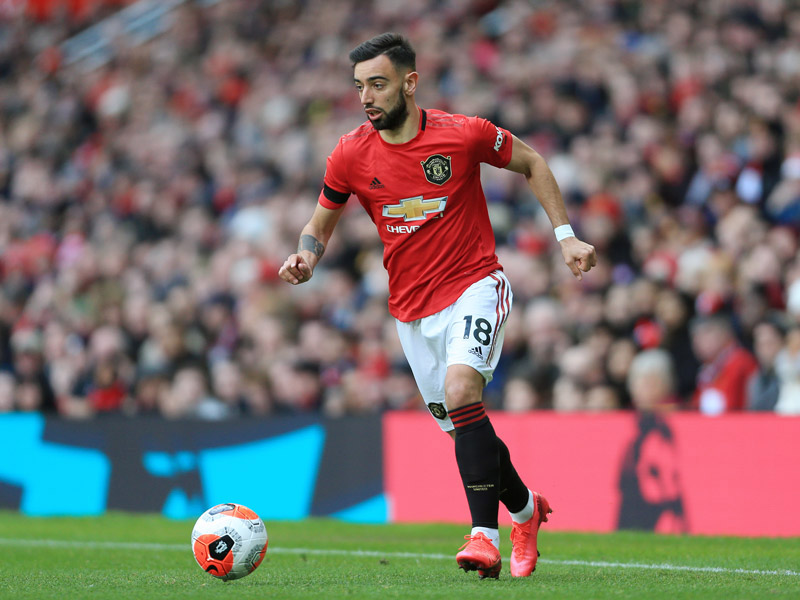 Manchester United paid Sporting Lisbon a massive £68million for the Portuguese international Bruno Fernandes and the early signs are that it will prove to be money well spent.

“This is what I want to do and what I need to do,” he declared. “I am here to help the team conquer this place.” He might well prove to be justified; 64 goals in 137 games for Sporting tell their own story.

Yet let us not forget the progress of the teenaged striker Mason Greenwood, the object an icy stare from Fernandes, when he had failed to anticipate a through pass in the 3-0 defeat of Watford. Prior to his arrival, his new team has missed no fewer than four penalties; but there was no missing this one by an accomplished finisher.

Greenwood would however have the last laugh; Fernandes’ pass to the youngster was a straightforward enough affair, but Greenwood responded impressively with a fierce shot into the top corner of the net.

United’s fans are already happily chanting “Bruno” and it looks as if they will be doing so for some time to come.

Manager Ole Gunnar Solskjaer in his enthusiasm describes him as a combination of Paul Scholes and Juan Sebastian Veron, who has hardly been left as a legend after his period with the club.

“In today’s market we got a good deal,” insists the manager. The fans are used to players with that personality, mentality and quality. He can do everything a midfielder can do.”

Young Greenwood is a powerful finisher and now he has a team-mate who will surely give him ample possibilities of showing as much.

At Wolves, the 23-year-old Portuguese Diogo Jota was on the field against Norwich for not much more than an hour but it was time enough for him to score twice just days after he had scored a hat-trick in the 4-0 crushing of Espanyol.

Of Jota his delighted manager Nuno Espirito Santo enthuses, “He has never lost his confidence and of course I was delighted with his goal.”

This was Wolves’ 44th match of the season so far, only two fewer than they played last season. Manager Nuno praises his players’ resilience. “The way they recover, the way they respect themselves. It is our job and we embrace the challenge.”

Jota is a truly hot streak at the moment and has solid support from the likes of Conor Coady in defence and Ruven Neves. Jota is a powerful threat to any opposing defence and is now plainly worth a great deal more than the £12million the club paid Atletico Madrid for him.

Note too that this was the club’s fourth consecutive goal without conceding a goal.