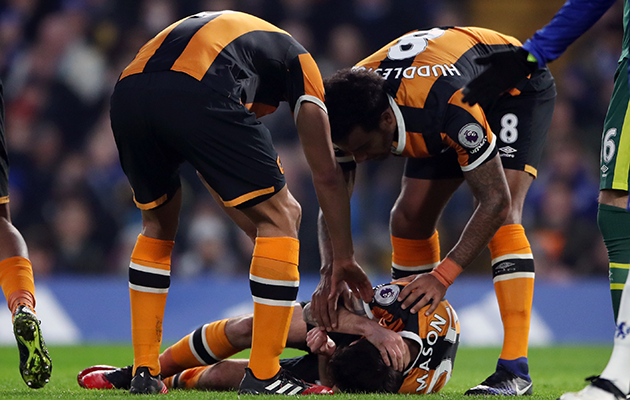 A dramatic weekend indeed in the Premier League. The horrific injury to the head suffered by Ryan Mason playing for Hull City against Chelsea at Stamford Bridge.

The expulsion as he tried to stay in the tunnel when sent to the stand by of all people Arsene Wenger, when Arsenal so narrowly and controversially beat Burnley. The fiasco of that penalty that Manchester City were not given when Raheem Sterling, clean through on goal, was blatantly shoved over by the Tottenham full-back Kyle Walker. Plus, the uncharacteristic spills made by Tottenham’s normally reliable goalkeeper Hugo Lloris.

The astonishing victory of Swansea City at Anfield, after losing a two-goal lead, then getting a defiant third. The collapse at Southampton of Leicester City last season’s champions, with the good old Tinkerman, Claudio Ranieri, admitting he had tinkered to excess. The brawl at the end of the local derby I saw at Queens Park Rangers, which resulted in a flurry of yellow rather than red cards and banishment to the stands of QPR’s assistant manager, all whirling fists and inciting gestures.

The shocking injury to Mason overshadowed all else in the game, not least the remarkable performance of the Hull defender, Harry Maguire, a towering inexhaustible figure who dealt well with Chelsea’s combative striker Diego Costa – persuaded to return to the team after missing the previous victory. China appears to be calling with all its ludicrously high offers, but for the meantime it seems he will stay at the Bridge and in all probability with a Premier League medal. 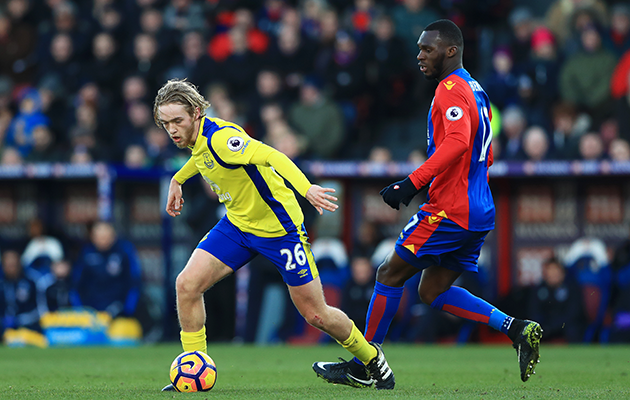 Everton’s Tom Davies has made quite an impact in his short Everton career.

It was at the Bridge as long ago as 1952, that Matt Busby, then the eminent Manchester United manager, said to me of young players, “If you don’t put them in, you can’t know what you’ve got.”

What Everton now find they have got is a major star in the 18-year-old midfielder Tom Davies, who has electrified the Everton midfield in these last two games and may even make Ronald Koeman wonder why he has spent a lot of money on acquiring Manchester United’s Morgan Schneiderlin. This teenager is not only technically gifted but he has almost to excess the big match temperament and drives fearlessly into attack. As he did once again when laying on his team’s decisive goal at Crystal Palace.

Sam Allardyce, still looking for a win since he succeeded Alan Pardew, insisted that the referee should have stopped the game with a Palace player lying injured on the ground. And alas cynically rolling back on to the pitch in a manifest attempt to get the game stopped. All in vain. 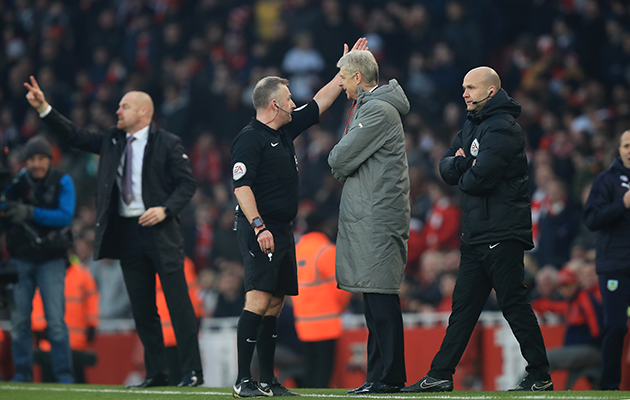 As for Wenger, not only was his behaviour at odds with the serene figure he likes to present, but he had clearly grasped the wrong end of the stick. When Francois Coquelin fouled Ashley Barnes in the Arsenal box, the referee Jon Moss surely had every right to decree a spot-kick. Wenger however was incensed. Not, for all his normal calm demeanour, for the first time. I remember a game at Upton Park when West Ham scored what proved to be the decisive winner and manager Alan Pardew went into noisy celebrations. An infuriated Wenger had to be restrained from confronting him. Now, rather late, he has eaten humble pie. However eminent you may be you don’t push officials.

And Ranieri? He admitted after the game that he had got his tactics – plainly foreign to his team badly wrong at Southampton, his diamond formation leaving large gaps on the flanks which Southampton previously on a long bad streak, duly exploited. Something has gone badly wrong at Leicester, which can hardly be explained by the loss of a key midfielder to Chelsea.

Swansea under the clearly inspired new management of Paul Clement has taken no time at all in galvanising his previously ailing team.

He was unlucky in a brief stay at Derby and now has taken a bold and potentially successful gamble of leaving his job as number two at Bayern Munich to Carlo Ancelotti; an old successful duo. A couple of fine goals by the powerful Fernando Llorente, a dramatic clincher by the lofty Gylfi Sigurdsson – why did Tottenham let him go? – and victory against a Liverpool team which had seemed impregnable at home.

Clearly there is a great deal of work for Jurgen Klopp still to do. That defence looks oddly porous.

In London the continuing scandal of the Olympic Stadium and West Ham’s cut-price tenancy continues. At outrageous cost. What’s to be done?