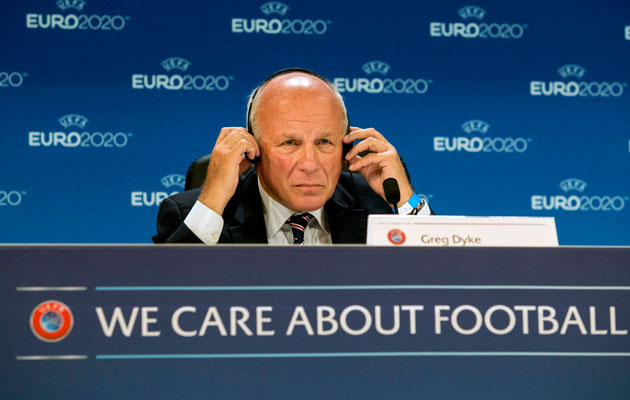 Oh no! Oh please! Not another FA Great Initiative! Didn’t we have one just a few months ago lined up by that incorrigible blowhard Greg (where’s that World Cup watch?) Dyke?

Famous names apparently made their excuses and left. This time no fewer than 1500 coaches were summoned to the FA’s vastly expensive but somewhat controversial establishment at St George’s Park.

The man behind it, one Dan Ashworth – no I hadn’t heard of him either – researched in half a dozen European countries and three South American, and his cohorts want England to part company with a supposed philosophy of physical commitment; though it should not be forgotten.

Players are exhorted to be comfortable on the ball and without it. Who could challenge that? Several junior nternational teams are proposed which may not enthral the clubs. Players should be tactically aware and flexible and technically adept. Ideally yes, but how do you achieve that?

It has been pointed out that not so long ago, Howard Wilkinson. an unhappy England manager, joined with Les Read, then FA Technical Director, ro produce a document somewhat similar to this. And in all fairness it must be said that for all its banality, the present plan has nothing as posionosuly obnoxious about it as the idiotic long ball theories propounded like a pseudo religion by Chalres Hughes, when he was in charge of coaching at the FA; in which the midfield was simply cut out.

That fearful philosophy did a huge amount of harm, since it was loyally and blindly pursued by obedient, younger coaches.

When, soon after the war, the FA under the aegis of Stanley Rous, promulgated a coaching programme headed by Walter Winterbottom, who asserted that this was a more important job than his role as England team manager, all was well for some years.

The scheme produced such innovative manager coaches as Ron Greenwood. But, alas, it hardened into a controversial, jargon-ridden orthodoxy which alienated the most progressive managers in the game such as Tottenham’s Arthur Rowe.

When Winterbottom spoke of peripheral vision both Rowe and Fulham and England’s Johnny Haynes called it “seeing out of your arse.”

John Arlott, supreme cricket commentator and football pundit, once told Walter he was fascinated by the ability of some players almost to photograph the game when they received the ball, to which Walter replied, “We call that environmental awareness.”

At the time Hughes was poisoning the wells of coaching. Graham Taylor, at Watford, was implementing the 1950s theories of one RAF Wing Commander Charless Reep, a long ball believer who, in those pre-computer days, illustrated his ideas in the old News Chronicle with a myriad of squiggly diagrams.

Stan Cullis bought into it with some success in his tenure at Wolves. With Taylor, things worked remarkably if insidiously well for some seasons, Watford surging from the depths of the league to success at the top. When in time he dropped Reep, the poor old boy wrote complaining to Watford, who responded that they had no connection with him; he’d been engaged by Taylor.

In due course, opposing clubs grew wise to Watford’s methods and they gradually slipped out of major contention, but between them and Hughes, much harm had been done.

I don’t think any will be done by the latest report. Whether it will do much good is another matter.

Now even the fans are fighting over Arsene Wenger as Arsenal’s performances, notably in defence, which for decades from the late 1920s was their forte, is in a state of consistent collapse.

That Wenger, after so many years of splendidly original success, seems to have shot his bolt is axiomatic. A complaisant board and in Stan Kroeger a top banana with no real knowledge of the game, means that Wenger, for all the failures (awful defeats last season at Chelsea, Manchester United and Manchester City) is secure in the three-year contract extension so surprisingly given to him.

Steve Bould, a resilient and dominant centre-back, was defensive coach until appointed as assistant manager. How can he tolerate a defence which is as porous, ill-organised and all too frequently disastrous as Arsenal’s?

I’m sure that on the field Bould would have organised this chaotic defence. It seems beyond Per Mertesacker, the most obvious candidate for the task, to do so. Indeed, he all too frequently seems part of the problem.

George Male, Eddie Hapgood, Leslie Compton, Tony Adams, Martin Keown, Bould himself. Where are their successors now. But what can be expected of those whom Wenger seems to hold in thrall?