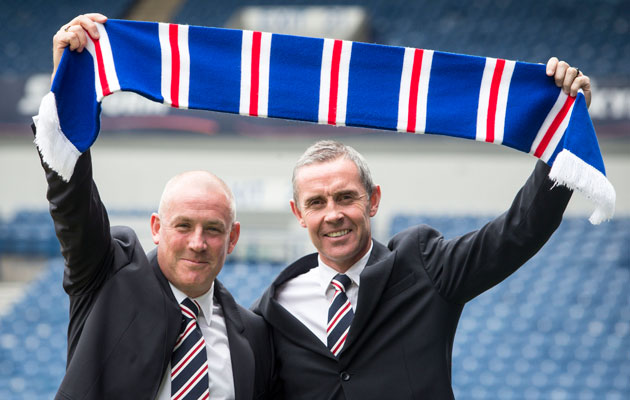 Rangers have made an imaginative and most interesting appointment by putting Mark Warburton in charge of their ailing club and its struggling team next season.

As we know Warburton, previously something in the city of some consequence, having qualified as a football coach, took over Brentford and last season actually got them into the play offs. Though the hope that they might regain their position in the senior division which they lost in 1947, a once lively and successful team having grown old together, was doomed to be frustrated.

I still find it hard to comprehend Rangers’ pitiful descent from dominance into disaster. They too reached their respective play offs last season but were soundly beaten both home and away by Motherwell.

Do we really know what went wrong at Ibrox? How and why did the club fall into the dubious hands of men who let it slip down the divisions? Gone are the days when the so-called Protestant ascendancy in Glasgow put them in a position of which might be called untouchability.

One remembers a shocking disaster in a match at Ibrox when a crush barrier collapsed, spectators were killed; and it turned out that the man appointed to mend the barrier was…a plumber. Yet the club was never prosecuted.

But it’s truly imaginative to appoint Warburton who isn’t even Scottish as Rangers’ managers traditionally have been – sometimes like Struth lasting decades – and when Warburton has had such an unusual variegated career.

I hope he succeeds. 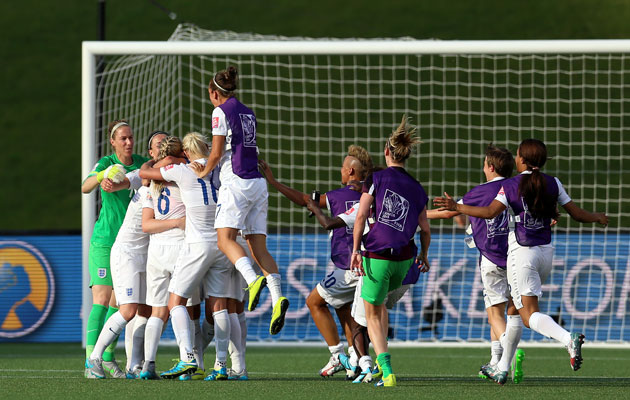 Two leading columnists, Martin Samuel and Rod Liddle, have been somewhat scathing about the attention given to the women’s World Cup games played in Canada and the England team’s prowess.

Pointing out that by objective standards, the level of play is barely modest. I plead guilty, having myself been obliged to report an England women’s international a couple of times in the past, to agree with them.

Indeed I once suggested – doubtless a hanging offence today – that it should be played behind closed doors by consenting adults. Eliciting Dr Johnson’s dictum, admittedly well overtaken by time, that “A woman preaching is like a dog walking on its hind legs. It is not well done but it is surprising to see it done at all.”

Admittedly colossal crowds attended the successes in the USA of a women’s team which won major honours, President Bill Clinton himself attending their triumph. But one felt at the time that such massive attention was given to the women’s prowess because at that time the men’s team had so little to offer. Times, however, have radically changed.

Incidentally, and bewilderingly BBC Radio Five Live broadcast the whole of the women’s team victory over Norway. I’d be most interested to know the listening figures.

THE inestimable Private Eye have shone a cold bright light on the activities of Heather Rabbats whose position as a so-called independent director of the Football Association seems scarcely compatible with the fact that her husband one Mike Lee was employed by infamous Qatar to promote its ludicrous bid for the 2022 World Cup; and is now reportedly employed to promote its attempt to put on the Olympics.

If Lee can, as indeed he has, insist that he saw no wrong in the way Qatar connived to acquire the World Cup, mountains of subsequent evidence has been beyond dispute; though not sufficiently it seems to deter him from working on the Olympics.

As for his wife. Empty indeed was her gesture early in June in resigning from FIFA’s anti discrimination body, saying it was “unacceptable” that so little had been done to reform FIFA, allegedly “making a stand against FIFA’s corruption,” citing the award to Russia of the 2018 World Cup but not even mentioning Qatar and 2022. Meanwhile she remains with the FA.

Unless I am mistaken, there appears to be the possibility of a form of Rooney Rule being applied to the Football League to the appointment – not of managers or coaches but of assistant coaches.

Since the Rooney Rule itself – whereby all American gridiron clubs are obliged to interview at least one black coach for their managerial job – seems an exercise to me of sheer hypocrisy, I hope nothing of the sort will happen in our own football.

The stark fact is that however many black would be coaches are interviewed, none so far has been appointed. Though English football was for many years plagued by endemic racism, it was never as sullied as American baseball which till 1946 admitted no black players to its two major leagues. Till war hero Jackie Robinson joined Brooklyn Dodgers. In the all-black league Satchel Paige was reckoned to be the best pitcher in the USA.