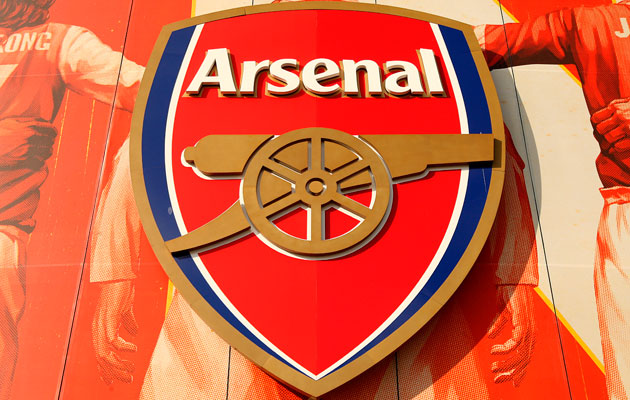 We know that Arsene Wenger has had his contract renewed for three years, despite some catastrophic results last season and the fact that the somewhat laborious FA Cup final victory against Hull City gave them their first major trophy for four years.

It was also disclosed that the American company owned by Arsenal’s owner Stan Kroenke received £3.2 million from the club for services which seem not to have been specified. I myself had learned some time ago, but in strict confidence, that Kroenke or his business was receiving large sums of money from the club.

Which ironically provides a surprising contrast with the evident intentions of the multi millionaire Russian oligarch Alisher Usmanov, who holds just above 30% of the shares, to put a great deal of money in were he ever to be allowed in. Something less likely than ever to happen now that Kroenke has actually increased his own share holding, and Usmanov’s name seems anathema to the Arsenal hegemony.

It also emerged that the company involved in maintaining the stadium pays its employees less than the minimum wage, but as the club has pointed out these are not their direct employees.

When a club of Arsenal’s high prestige has yet to win the European Champions Cup, has failed to win the League for a decade and has taken nine years to win the FA Cup, few managers would survive let alone be given such an extended new contract, while being told by the current Chairman Sir Chips Keswick that he can virtually do what he likes.

Humiliation last season at Chelsea, Liverpool and Manchester City is airily forgotten. The tactical question is begged. Can Arsenal’s close passing largely wingless style, even when Theo Walcott, fit at last, appears, be profitable when so predictable?

No one can doubt or deny the huge positive influence Wenger has had on the club, the inspired choice of David Dein who was forced out of the club and sold his shares for a reported £71 million to Usmanov. Dein it was who insisted on engaging Wenger, already an impressive figure in his days with Monaco, when ignorant self important fans were demanding who he was.

Meanwhile, you wonder what Peter Hill-Wood can be feeling about the current situation. The Hill-Wood family, from the 1920s onward, were in patrician command of the club, having made their money and financed a once successful club in Glossop.

Sir Samuel Hill-Wood Peter’s grandfather led a grandiose life in Belgravia. They certainly never took a penny out of the club. When Kroenke’s name was first advanced by the board, Peter dug his heels in, proclaiming that this was not the sort of person Arsenal wanted. Ultimately to be humiliated when forced to fly the Atlantic to beg Kroenke to join; which he did, buying out the various owners.

How, you wonder, does Peter Hill Wood feel at the moment?

All credit though to Wenger for the inspired acquisition of the hugely gifted and effective Alexis Sanchez, whom one saw in devastating form against Burnley. You do wonder why Barcelona ever let him go, even at so high a price, when it has been plain for some time that their once dominating team with its intricate style was beginning to disintegrate as key players faded.

The acquisition of Suarez at a colossal £75 million probably necessitated the sale of Sanchez, but for all the coruscating presence of Messi and the Brazilian Neymar, the wheels somehow don’t appear to be turning.

Will they now, as Wenger clearly hopes and believes, now turn for Arsenal? Granted, they have lost several key players with injury this season, notably Mesut Ozil, who hasn’t really justified that enormous fee so far, and their French centre forward, Olivier Giroud.

But to be obliged to put up the defence at centre back with a modest reserve full back in Monreal may work against the likes of Burnley – though the lively and persistent Inge was still effective at the very end – but could ship water against stronger opponents.

There seems a strange perversity about the way Mauricio Pochettino has been so reluctant to start young Harry Kane in his far from prolific attack.

Even on the verge of the recent win at Aston Villa, when Kane in midweek had shown his skill and marksmanship, the Argentine appears to be damning him with faint praise.

The Spurs fans however have no doubts about Kane’s value; all the more so in that amongst all the hugely expensive transfers bought with all that money from the Gareth Bale deal with Real Madrid, he stands out as that rarest of phenomena a local development (though Ryan Mason, who has gone endlessly on loan, is another).

Kane at Villa brought life and thrust into a previously limp and vulnerable Spurs team was arguably the best player on the field and got the winner from a sharply deflected free kick which with typical confidence he insisted on taking.

Will Pochettino stay or become yet another manager sacked by Chairman Levy?