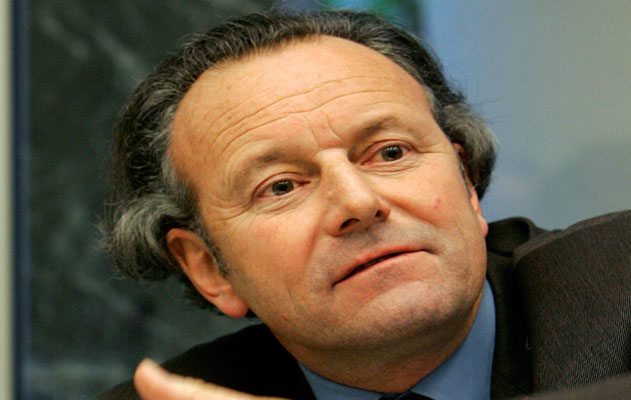 Mark Pieth has signed off as FIFA’s governance guide by suggesting his reform work might best be served by Sepp Blatter staying on as president.

He has also pointed a finger at the ‘Latin language’ resistance to prosecutor Michael Garcia’s investigation into the scandal-hit 2018/2022 World Cup awards.

The Basel-based academic was commissioned by Blatter after the international football federation was cast into worldwide derision by a foundation-rocking series of scandals.

These ranged from the ISL bribes saga to cash-for-votes revelations in the World Cup awards process as well as in the 2011 presidential election.

Between 2011 and 2013 a dozen serving or past members of the all-powerful executive committee were either suspended or forced out of the quit the game.

Pieth is retiring from his role as chairman of the Independent Governance Committee at FIFA Congress in Sao Paulo in June.

He believes that important progress had been achieved amid regrets that significant issues have been dodged and fears about a risk of backsliding. Pieth considers the regional confederations, and Europe’s UEFA in particular, a brake on the pace of change.

Pieth expanded on his concerns in an interview with Neue Zurcher Zeitung, the daily newspaper from FIFA’s home city.

A major milestone along the FIFA route is next year’s presidential election in which Blatter is expected to stand for a fifth term; only former FIFA official Jerome Champagne has declared himself a candidate.

UEFA’s French president, Michel Platini, was once considered the most likely successor but he appears more likely now to give it a miss, at least this time around.

Pieth, asked about the election, observed that some reform proposals – such as age/term limits and ‘fit person’ checks – had fallen victim to political duel between Blatter and Platini.

However he added: “A new president could mean a new broom sweeping clean. However, it might also mean that a new president must first establish his power base on a highly political terrain. This means forming alliances which means reform could be at risk because the new president must study whether he can achieve anything at all.

“So, paradoxically, the prospects for ongoing reform are probably greater if Blatter wins more time.”

Pieth also confirmed the fury among a particular coven of exco exco members over their recent inquisition at the hands of United States lawyer Garcia over events leading up to the 2018/2022 World Cup awards.

Last month this writer was among three media outlets to reveal a failed ‘gunpowder plot’ within the executive committee to blow up Garcia in his tracks.

A scandal-enshrouded process was enmeshed in allegations including speculation about a voting pact between Qatar’s triumphant 2022 bid and leaders of the unsuccessful Spain/Portugal bid for 2018.

Pieth, expressed his own knowledge of the backlash against Garcia, said: “Various people complained after the interrogations. They cursed – mostly in Latin languages. But they cannot change anything because the FIFA executive does not have the power to stop the ethics committee.

“If something should emerge, such as corruption in the awards, the consequences will be legally complex. You can’t just say: It was fixed so the World Cup must be re-awarded.’ It’s not as easy as that.

“In our final report we say that it would be up to the FIFA leadership to deal with the consequences. You cannot simply turn the page.”

‘Latin language’ speakers who survive in the exco from the infamous vote in December 2010 include vice-presidents Julio Grondona from Argentina and Angel Maria Villar from Spain plus Rafael Salguero from Guatemala (Spanish) plus Frenchman Michel Platini, Belgian Michel D’Hooghe as well as Francophone Africans Issa Hayatou of Cameroon and Jacques Anouma of Ivory Coast (French).

FIFA president Sepp Blatter numbers Swiss French, German and Italian along with English and Spanish among his linguistic collection; secretary-general Jerome Valcke, who wrote a controversial email about Qatar’s bid expenditure, is French.

Valcke said in Rio de Janeiro last week that he hoped Garcia’s report would be published soon so that FIFA could move on with its World Cup preparatory work beyond the imminent finals in Brazil.

Intriguingly, in an answer to a separate question, Pieth ascribed his worst time during the reform work as having been subjected to some “coarse swearing – in Spanish.”