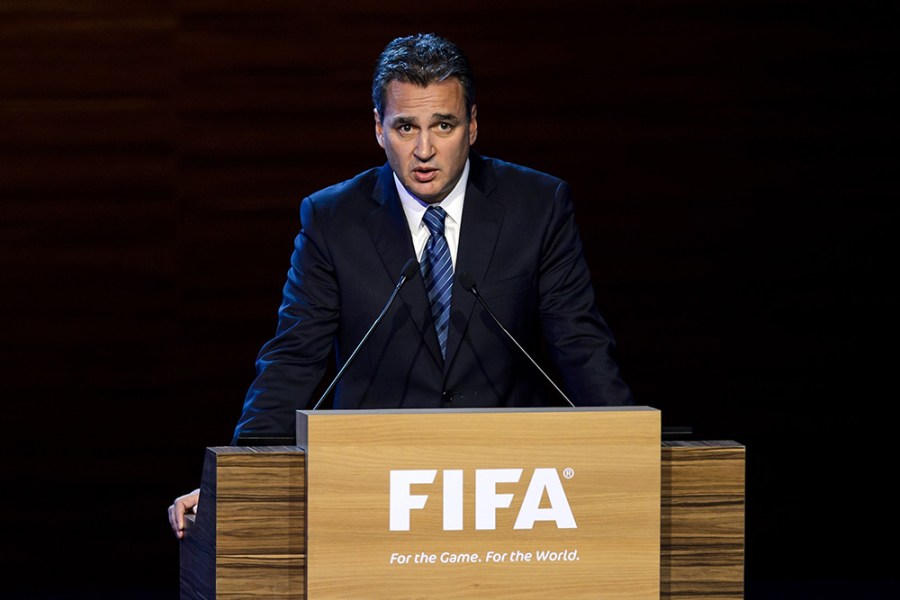 The long-hidden Garcia Report into the scandal-scarred bidding process for the 2018 and 2022 World Cups does not, as originally summarised, contain any “smoking gun” to justify removing the tournaments from either Russia or Qatar.

However the 430-page document, obtained by the German newspaper Bild, throws into relief what its crime reporter Peter Rossberg described, in an understatement, as some “questionable behaviour” in the run-up to the controversial vote on December 2, 2010.

Formal investigations are under way in both Switzerland, where FIFA is based, and France.

Before the ballot two members of the executive committee of world football’s governing body had already been suspended after telling under-cover journalists they would trade their votes for financial favours.

Russia won the initial vote for 2018, defeating opposition from Belgium/Holland, England and Portugal/Spain. Then Qatar, the tiny Gulf state with enormous financial resources but no World Cup track record, beat Australia, Japan, South Korea and – in the last round of voting – the United States for 2022.

Since then a majority of the executive committee have been either banned or forced out of the game for other reasons but none has ever been punished directly in connection with the 2018/2022 votes.

An escalating corruption storm led to governance reforms including the creation of an independent ethics committee. Its first prosecutor was American Michael Garcia, an experienced US Attorney tasked with investigating the 2018/2022 process.

Garcia and his then deputy, Swiss lawyer Cornel Borbely, interviewed representatives of all the bid committees in compiling the report. All, including both Russia and Qatar, have always vehemently denied wrongdoing.

FIFA’s lawyers advised that, for legal reasons, his report could not be published in full so a summary was released by German ethics judge Hans-Joachim Eckert. Garcia considered the summary misrepresented his work and resigned in December 2014. The report then remained under lock and key – until now.

According to Bild’s first extract of the report, three exco members flew to Rio de Janeiro in a private plane before the vote at the expense of the Qatari Football Association.

In addition, the paper quotes that after the vote a $2m payment was made to the account of a 10-year-old daughter of a FIFA member, reported separately previously as having been the then Brazilian federation president Ricardo Teixeira.

One of the exco members is understood to have been Julio Grondona, the long-time president of the Argentinian federation who was the senior vice-president of FIFA and chairman of its powerful finance committee. Grondona died in July 2014.

The vast Aspire sports academy in Doha, according to Bild, was also “implicated in a decisive manner in the manipulation of FIFA members who had the right to vote.”

On Monday, at a “halfway press conference” at the Confederations Cup in Russia, the World Cup bid and organising ceo Alexey Sorokhin repeated his denial of wrongdoing after being questioned about the vote.

Sorokhin, who is expected to be elected to the governing FIFA Council later this year, said: “We have run out the number of jokes or humour about stories concerning the bid. We don’t know what else to say, we have given thousands of the same explanations. They do not change.

“We have been saying the same thing for the past six years. There is nothing more to say.”

A comment has been requested from FIFA. It is not known how Bild came by the report.