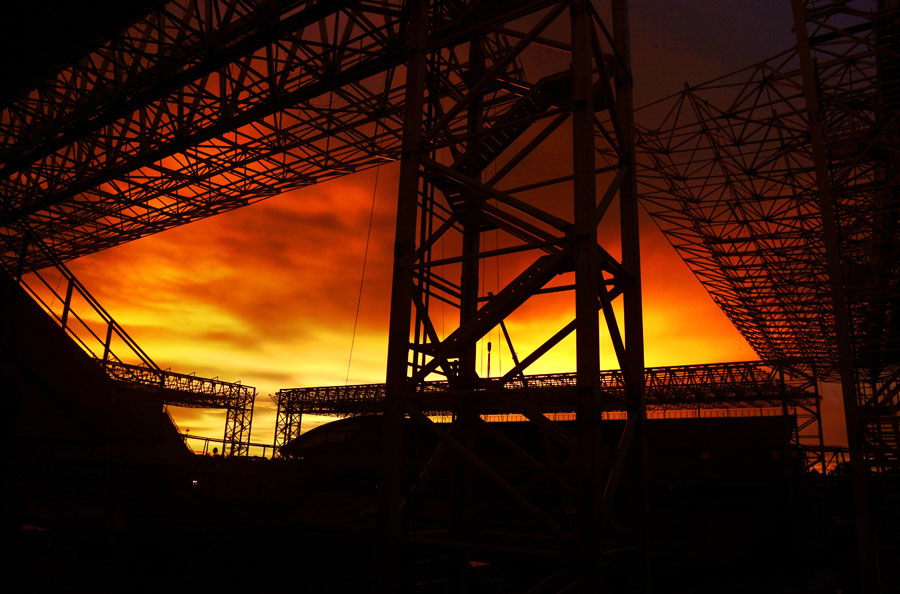 FIFA is planning its own version of random World Cup drug testing ahead of the finals in Brazil in June and July.

Confirmation emerged from a organisational medical seminar in Sao Paulo over the weekend which reverted focus to the football action after Brazil’s ill-starred preparations stumbled over two more snags.

First President Dilma Rousseff was targeted by protesters in Manaus during a low-key visit to the new stadium then a report emerged suggesting that fire-damage at the venue in Cuiaba caused far more damage than admitted.

The ability of the world federation to step up its anti-doping programme is being progressed by the introduction of biological passports. FIFA has set the 32 finalist associations a deadline of March 1 to submit their schedule for training camps and friendly matches.

Medical director Jiri Dvorak said: “We will not issue any prior warnings so the test visits will be a surprise. Teams need to register their locations with us and from that we will decide where we go. It’s the first time we have done this.”

The last positive test during the finals was the notorious case of Argentina’s Diego Maradona in 1994 in the United States. Dvorak added: “We want to continue without doping in the competition.”

During the finals, as standard, two players per squad per game will be selected randomly to be tested. Samples will be flown to the Lausanne laboratory approved by the World Anti-Doping Agency. This is necessary because the Brazilian LADETEC laboratory had its accreditation withdrawn by WADA last year.

Dvorak, addressing concerns about the testing time factor, said: “By using the overnight flights from Sao Paulo the the samples can arrive on the morning of the next day in Switzerland. We believe that, within 48 hours of a game, we will have the test results.”

He also confirmed the standard FIFA practice of permitting ‘water breaks’ for players during games if indicated by a technical climate conditions check an hour before kickoff. Seven initial matches had been identified as possible ‘heat spots.’

Saturday should have seen the formal opening of the Arena Amazonia in Manaus until a postponement was ordered by state Governor Omar Aziz after the death of a third construction worker.

Rousseff, visiting the city but launching a housing project instead of opening the stadium, was subjected to catcalls from around 50 placard-waving demonstrators. Their main complaint was politicians’ failure to deliver both a promised monorail system and an upgrade of local bus transport while still raising fares.

As for the Arena Pantanal in Cuiaba, a report obtained by the Reuters news agency cast doubt on dismissive official statements about fire damage last October.

Cuiaba is one of the most seriously delayed stadia along with Manaus, Curitiba and Sao Paulo.

The agency claimed that an 18-page report prepared in December by the Mato Grosso state district attorney’s office, warned that the blaze caused “structural damage” that “could compromise the overall stability of the construction.”

Local organising officials had claimed that damage, possibly the product of arson, had been superficial.

A follow-up inspection of damaged area in two grandstands is scheduled for Thursday. Prosecutor Clovis de Almeida said: “We will make sure that no games occur until the safety is completely guaranteed.”

World federation FIFA told Reuters it was “unaware” of any structural damage. Cuiaba is due to stage four first round group matches.