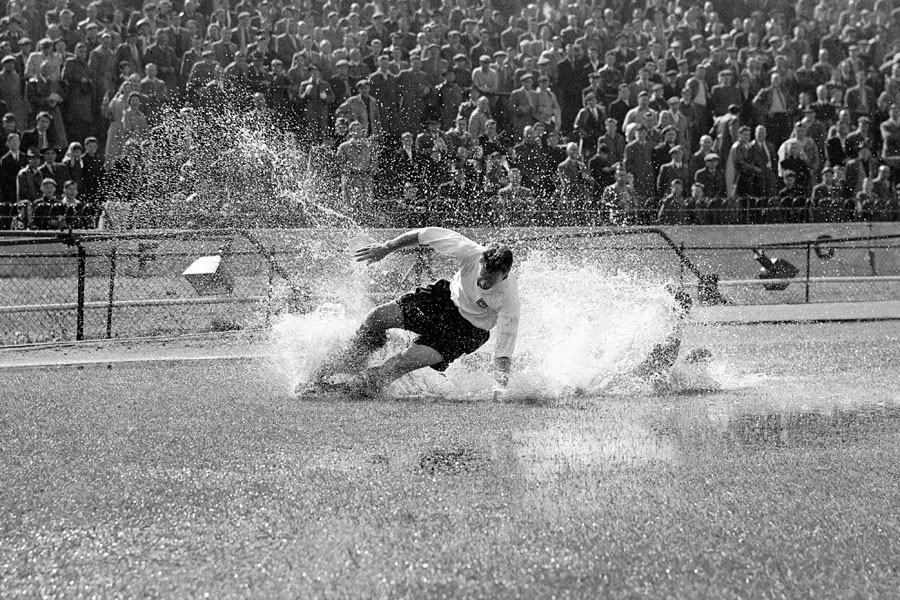 Tom Finney or Stanley Matthews? Alternatively Tom Finney and Stanley Matthews. It took a whole 1946/47 season for the scerotic selection committee, who picked the teams as the condition for letting Walter Winterbottom be appointed as England manager, to realise that both these marvellous players could be accommodated in the England attack.

So it was that in May 1947 for the match against Portugal in Lisbon Mathews was chosen on the right flank, Finney on the left. England won 10-0. What deserves to be emphasised and remembered is that by contrast with Stanley Matthews, who spent the whole war in England in the RAF, Finney served five full combative years in the Army fighting, sometimes driving a tank, in the Middle East and Italy.

The wonder of it was that he should return from those lost five years to football as if nothing had been done to affect or reduce his remarkable talents. These had been shown to huge advantage in the so-called League War Cup final at Wembley of 1941, the FA Cup having been suspended throughout the war.

Preston met an Arsenal side strong favourites to win, but the 19-year-old Finney played ducks and drakes with their defence. A star was plainly born. That game would end in a 1-1 draw and Preston would win the replay against a ten man Arsenal at Blackburn.

Finney may subsequently have been gone, but he and his virtuosity were certainly far from forgotten. He quickly won selection in the Autumn of 1946 for the England team, against Northern Ireland and Eire, to the sensational exclusion of Stanley Matthews. Meanwhile he continued plying his trade as a plumber, as he would throughout a playing career which saw him eventually running his own plumbing business.

Yet it could have been so different. In 1952 the flamboyant owner of the Palermo club, Prince Di Trabia, made him a huge offer to join them, immeasurably greater than the £14 a week pittance which was then the amount of the iniquitous maximum wage in England.

Finney, whatever Jimmy Armfield may sentimentally have said, was anxious to go. How would he not be? But an obdurate Preston chairman vetoed the move, as legally he was, alas, entitled to do and Finney remained with Preston.

He kept Matthews out of the England side till he was replaced by him the following March. In May, it was Matthews, not Finney, who was picked on the right wing for the Great Britain team which beat the Rest of Europe 6-1 at Hampden Park. But then came the deluge of goals in Lisbon.

The following year, in Turin, England, after a difficult first half in which Stan Mortensen scored from a freakish angle, beat Italy 4-0, Finney scoring the last two goals. But it was Matthews, ridiculing the hapless Italy stand in left back Ediani, who did the damage in the second half and set up the two gaols.

That Finney should be used so profitably on the left was no fluke; he was, in fact, a naturally left footed player who had begun at Preston as an inside left. And he would end his splendid career there as a deep lying centre forward, as good as Raymond Kopa, his gifts of perfect balance, immaculate control and perceptive passing inspiring his side.

Like Matthews, Finney had a superlative body swerve, putting an opposing full back on the wrong foot, then going past him on the outside to reach, as Beckham did never, the byline, where he would pull the most dangerous pass in the game back into the goalmouth. But where Matthews, in his own dazzling career, was often criticised for over elaboration, Tom Finney was strictly functional.

Would things have been different had he only been fit to play against Hungary in the 6-3 thrashing of England at Wembley, in November 1953? When the bemused selectors chose in his place George Robb of Spurs, who had only recently turned professional? And would England have done better in the Swedish World Cup finals of 1958 had he not been hurt in the first game against Russia?