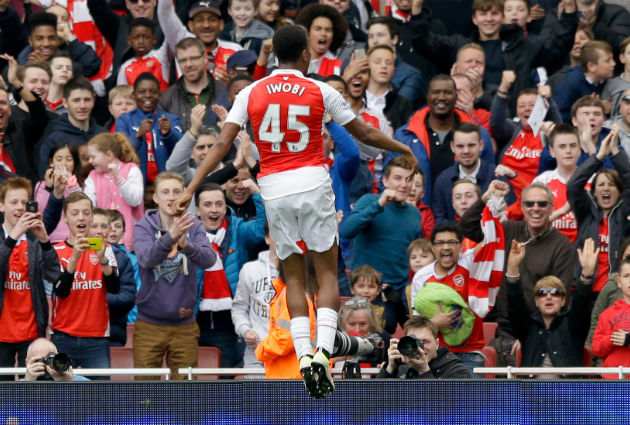 Oh, dear. Scarcely had Arsene Wenger eulogised the excellent 19-year-old Alex Iwobi for his display against Watford at The Emirates, where he not only scored but hit the bar, than there was Jack Wilshere in trouble again. Just when he was on the verge of returning to action after almost a whole season on the sidelines through yet another injury.

Iwobi, said Wenger, testified to the fact that “we bring players out, and not many clubs can say that”. But can Arsenal say it? Iwobi and Wilshere are, alas, surely the exceptions that prove the rule.

Iwobi, pursued Wenger, “arrived here at the age of eight or nine. He’s mobile… he’s also a finisher. The way he gets into receptions is very good.” Yet Wilshere impressively apart, what other youngsters have the Gunners brought through in recent years? 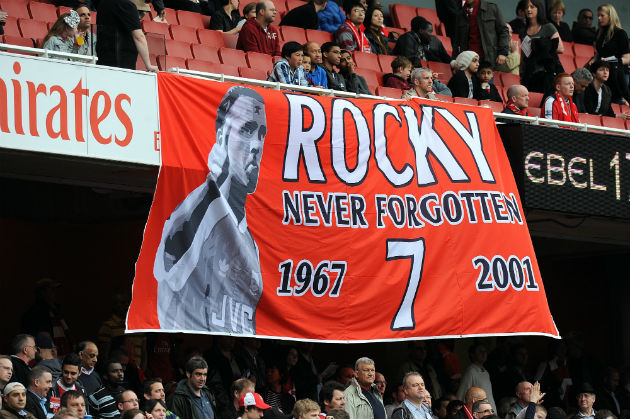 In the past there were those three splendid black footballers, Paul Davis, David Rocastle and Michael Thomas. Tony Adams, that imposing captain, rose through the ranks. But now? Like Chelsea, who finally at Villa Park had a couple of youngsters in the team, it might be said that many are called but few are chosen.

It was a thought which entered one’s mind when at half-time Arsenal paraded their under-nines. Under-nines! Wilshere, whose record of off-the-field behaviour is a somewhat turbulent one, was reportedly involved in a fracas in Coventry Street on the Sunday night though there is no evidence he was a protagonist.

Roy Hodgson is said to want him badly for the ensuing European finals and given his impressive performance last season. rounded off with those two perfectly struck goals against Slovenia, this is quite understandable. He is arguably the best passer of a ball of his English generation and we know too that he can score goals when he decides to come forward.

Matt Busby, as Manchester United, once told me as long ago as 1954 after a goal glut of a game at Chelsea, “If you don’t put them in, you can’t know what you’ve got.” United were still putting them in long afterwards in the days of Beckham, Scholes and the Nevilles. Refuting Alan Hansen’s contention that “you can’t win anything with kids”.

When Ronnie Corbett died last week, a daily tabloid devoted the whole of its front page to an outcry over the fact that he hadn’t been awarded a knighthood. On the same day, a broadsheet published the news that one had, in fact, been awarded and that the announcement was imminent.

I’m not sure that comics should be given such honours. Ideally, they are “agin the government”. Ken Dodd, Tommy Trinder, Eric Morecambe and Arthur Askey were never knighted. Scotland’s Harry Lauder was, and his signature song, “Keep Right on to the End of the Road”, is still tunefully sung by supporters of Birmingham City.

I have a somewhat unusual memory of Ronnie Corbett. In a charity match at the Slough Greyhound stadium many years ago, I was kicked by him. It was an odd occasion. My little Sunday team, Chelsea Casuals, was deemed by the organisers not to be strong enough to face the All Stars, who included a faded Malcolm Allison. There was even daft talk on enlisting Tom Finney! 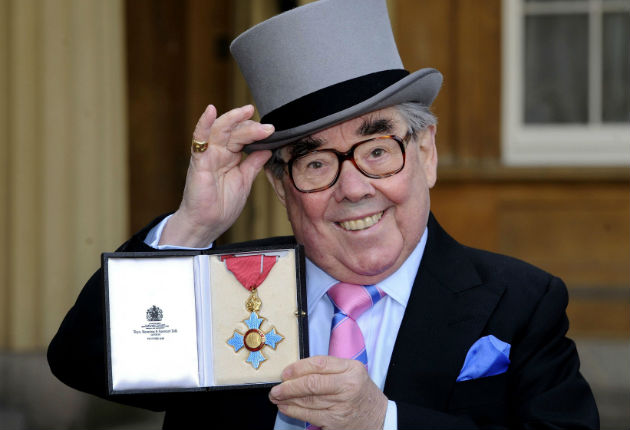 Ronnie Corbett: “He kicked you, didn’t he?” But I hardly felt it!

In the event, we were obliged to include Jim Taylor, ex-Fulham and England centre-half. This meant putting Mike Pinner, who played out of goal for us for fun, while keeping it for Aston Villa and Sheffield Wednesday, between the posts. The opposition hardly got a kick. But I did, a negligible one from Corbett! In the dressing room at half-time, Taylor demanded: “He kicked you, didn’t he?”

Corbett didn’t appear for the second half.  The All Stars scored from a phoney penalty but with the score at 3-1 in our favour, Jimmy Hill, thereafter a Fulham first-teamer, took off the referee’s jacket, played against us, scored twice and the score was 3-3. “You’re a good little team,” he generously told us, “and you’ve got a plan.”