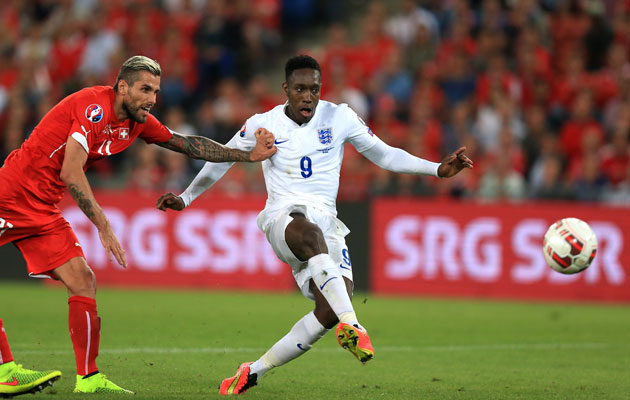 Breathing space for Roy Hodgson and England. The 2-0 win in Switzerland, where he is still something of a hero having taken their team to the World Cup finals of 1994 (after which England should really have appointed him) means it is all but inevitable that England will qualify for the over crowded finals of the European Championship.

I never did join the chorus of doomsayers after England’s early elimination from the World Cup finals. The performances against Italy and Uruguay seemed to me mediocre rather than disastrous.

A couple of odd goal defeats where Spain the holders were thrashed 5-1 by Holland, and Brazil hit rock bottom with their pitiful 7-1 surrender to the Germans. In passing Germany’s two latest results, an embarrassing 4-2 defeat by Argentina, their victims in the World Cup Final, in Dusseldorf, a narrow 2-1 victory against a defiant Scottish team in Dortmund, hardly suggest the existence of a super team.

Looking back to Brazil, you wonder what might have happened had Angel De Maria, who ripped them to pieces in Dusseldorf, been fit to play in the World Cup Final. And had Lionel Messi, who didn’t even play there, been fully fit in Rio.

There has always been a tendency to believe that one team or another, be it the Hungarians, the Dutch, the West Germans has found so to speak the elixir of life. Time passes and it becomes clear that there is no such magic formula.

True there were numerous changes in the German team which lost to Argentina but if Germany really had found an ideal formula, a perfect system for producing teams and talent this would surely never have happened.

That dull and dreary win over a modest and unlucky Norway at Wembley can now be forgotten but the two recent England games suggest certain lessons.

It seems more clear than ever that Daniel Sturridge and Wayne Rooney cannot play together. At Wembley against Norway, Rooney seemed a back number, Sturridge only intermittently effective suggesting not for the first time that he has what might be called a Rooney complex.

It was all too clear when Rooney at last went off that Sturridge was suddenly more effective while Danny Welbeck, the marksman of Basel, at once gave so much pace and purpose to the attack.

So for Hodgson there is now an evident problem to solve. I’d suggest that Welbeck, used in the centre and not exiled to the left wing, should be an automatic choice. Which means omitting either Rooney or Sturridge. Since Rooney whatever his form, which certainly improved in Basel, seems untouchable, I suppose Sturridge would be the one omitted though I believe that he has more to give than a player who may be captain, for what that ever may mean, but is arguably past his best.

The dynamism of young Raheem Sterling whose inspired pass created Welbeck’s first goal is a hugely welcome phenomenon in an England team which has all too often lacked it but I do wonder whether he would be better used on the wing.

In Basel there was no winger to be seen in a white shirt, putting a heavy burden on overlapping full backs, of whom Leighton Baines was far happier going forward, as he always does for Everton, than the newcomer, his club mate, John Stones.

Given the half baked over-populated unbalanced nature of this Platiniesque European Championship, England should now stroll though to the Finals. By which time such talents as Theo Walcott and another Everton youngster in the currently injured midfielder Ross Barkley, inadequately used by Roy in Brazil, should be up and literally running. Decent prospects at last.

No getting rid alas of the emetic Sepp Blatter. The only very faint hope of preventing him getting yet a fifth period as President of FIFA was that the European block might threaten to withdraw, the Federations to their shame (and now shame on you Finland and fellow Euro supporters of Blatter!) having already decided to support him.

I suppose we shouldn’t be surprised. After his predecessor the ineffable greedy autocrat Joao Havelange lasted from 1974 to 1998, voted back into power every four years by the feeble members of FIFA. Very recently Blatter smugly pronounced on the subject of England’s hostility to his position asserting that we were merely bad losers having failed – and in such devious, dubious circumstances, to obtain the 2018 World Cup.

It also became dismally obvious in his discourse that he intends to take no notice of the Sunday Times’ devastating revelations of the corruption of the votes which gave ludicrous Qatar the 2022 World Cup.

Here at home, we have another controversial figure, namely the Lib Dem leader, Nick Clegg, flying yet another limp kite, declaring that footballers should be subject to political correctness lessons, and their like.

But why just footballers? Why not plumbers, architects, builders, shopkeepers, dustmen, accountants?

True, the absurd League managers body made a horrible hash of mitigating or trying to the Malky Mackay affair. But from political boundaries to school free meals to a fatuous demand that Russia be deprived of the 2018 World Cup (which it should never have had anyway) Clegg seems desperately intent to give his waning party any kind of crusade.