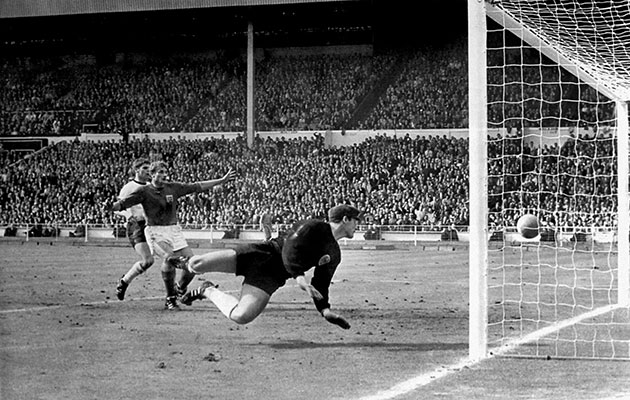 Did Geoff Hurst’s attempt cross the line after hitting the underside of the cross bar or not, Bahramov, the Azerbaijani linesman, believed that it had and England despite violent German protests were ahead.

Should they have been? Now new evidence has been advanced after meticulous examination by former Liverpool defender Jamie Carragher, now acting as a Sky TV pundit, who after extensive use of modern gadgetry assures us that the ball indeed went over. Adding that this was why Roger Hunt – old evidence indeed – had thought it hadn’t he would never have wheeled away in triumph.

As one who wrote the commentary for Goal the official World Cup film and spent much time examining the goal on the official footage, I confess I could not descry anything decisive.

But I would add that in forever discussing this goal and its ramifications we are essentially begging the question. Which arguably remains: should the free kick from which the Germans got their somewhat scrappy late equaliser have ever have been given at all? Given it was however against Jackie Charlton, then England’s centre half for an alleged foul on West Germany’s Siggi Held.

But there was always some reason to think that the foul was against Charlton himself, so that the crucial free kick should not have been awarded against him and England.

No doubt the latest arguments will be rejected in Germany. But they surely enjoyed enormous luck when winning the World Cup of 1954 in Berne against the red hot favourites Hungary, when it became all too clear soon afterwards that the German players had been doped. Something which became clearer still when football resumed and almost the whole of the German team dropped out with jaundice.

Nowadays Germany would surely have been disqualified. Come to that and while we are on the subject. Should Ferenc Puskas’ late equaliser have been disallowed for offside. Mervyn Griffiths the Welsh linesman was he who agitated his flag, Bill Ling, the English referee, disallowed the goal. It was at the least a very close decision.