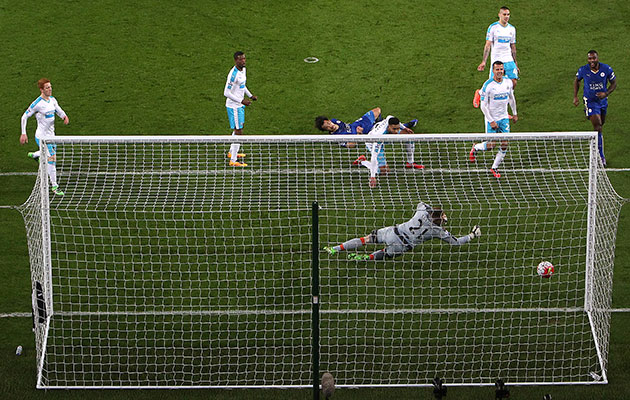 If as I among so many others hope, Leicester City win the Premier League, what a glorious triumph for them and what a commentary on the division as a whole.

To say that Leicester could win the title by default is not to diminish them in any way. They have done wonderfully well both on the field with their swift incisive attacks, and off it with a splendidly shrewd transfer policy – immensely to the credit of their chief scout.

Riyad Mahrez, whom they patiently encouraged, may have been the outstanding talent in the team, but its very emblem is surely Jamie Vardy, risen out of non-league obscurity to become an attacker of superb efficiency; so fast, so boldly adventurous, so powerful a finisher. How his local club, Sheffield Wednesday, must be regretting how as a youngster they showed him the door.

Leicester, now so shrewdly managed by Claudio Ranieri, putting his disastrous days in charge of Greece behind him, have also reanimated the careers of Danny Drinkwater, discarded by Manchester United, and Marcus Albrighton, spurned by Aston Villa, who could have done with him in their disastrous present season.

But to win a by a solitary goal, however spectacular, against struggling Newcastle, was hardly the achievement of an all-conquering champion. Even if the breath of life may have been breathed into the hapless Magpies by the arrival of none other than Rafa Benitez. 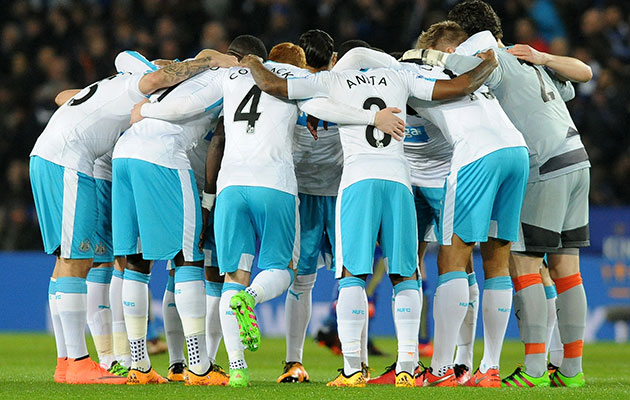 Newcastle United spurn tradition by wearing a b;ue and white away strip.

In passing, why did that Newcastle team at Leicester discard their traditional black and white jerseys? Hey ho. Money, I suppose. A dismal agreement with their sponsors. This plague of change for more money’s sake has surely gone too far, not least when television wealth pours into the Premiership. It’s time for a stop to be put to it.

Years ago when I lived in Italy, the practice was when colours did clash, for the home team to change strip, on the principle that it would give the home supporters the chance to watch the visitors in their own colours.

But for the Greed is Good League, money loudly talks and never mind tradition. 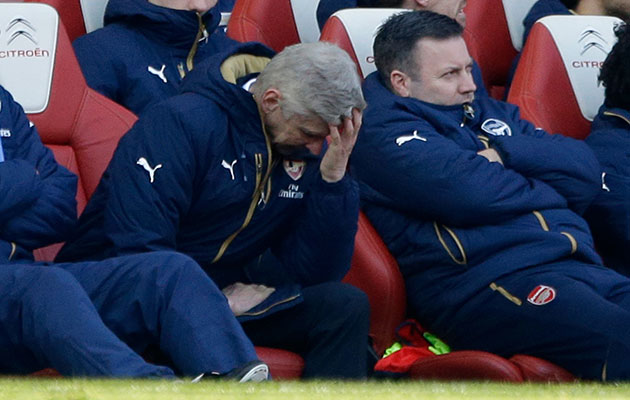 Can Arsene Wenger stay in charge at Arsenal? Will the increasing opposition among fans – though as scuffles outside the stadium after Sunday’s Watford defeat showed, not all of them – bring him down?

Stan Kroenke, who might be called the absentee, the chief shareholder who takes a surprising £3million a year out of the club for “advice” wants Wenger to stay.

It might be relevant to ask who would be able to replace him? Most of the possible heirs to his throne are already, like Pep Guardiola and Carlo Ancelottti, tied up.

I still feel it was a sad for the Gunners and Wenger himself when David Dein, who had brought him to Highbury, was forced out of the club. Since then there has been nobody of substance to support and at times to guide Wenger.

His long reign from 1996 has been remarkable, festooned with Cups and League titles, even if the ultimate prize, the European Cup itself has eluded him, though he did come close in that ten-men final against Barcelona in 2006. Perhaps the solution might be to move him upstairs and to appoint a younger man as team manager.

Though the Gunners have won the last two FA Cups, there is no doubt that they have wilted in recent seasons. Not least as far back as two seasons ago when Wenger was arguably lucky to survive the recurrent defensive calamaties at Manchester United, Chelsea and Liverpool.

In his defence it should also be remembered that the huge expense of moving from Highbury to a newly-built stadium nearby severely limited his purchasing power and caused several of his star players to leave.

He has also been unlucky this season with injuries and the loss til now of Jack Wilshere, arguably the brains of the outfit and on his day – strategist.

And the persisting centre forward problem, with Giroud, now so wasteful, has yet to be solved. Hardly by Theo Walcott who would ideally like to operate there, but looks so much more effective, as he showed recently in the FA Cup tie at Hull City, on the flank

Shades of the late great Herbet Chapman, the true architecht of Arsenal’s splendour (1925-34) and his endless quest for an ideal centre forward, even though he had the ever willing and usually effective jack Lambert on the books.

The irony of course being that so soon after Champman died, the club bought Ted Drake from Southampton, who proceeded to score so many goals.