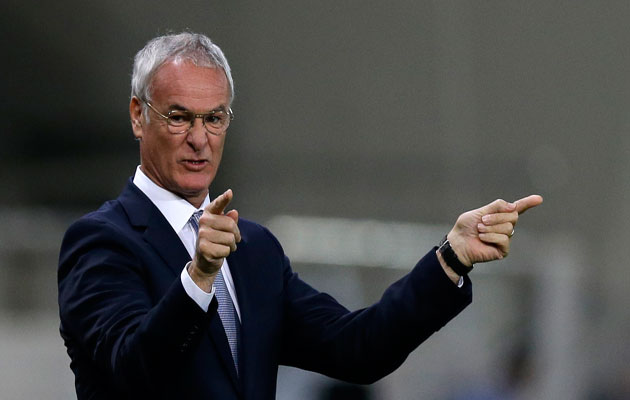 The head spins. Claudio Ranieri exhumed, you might almost say, as now manager of Leicester City.

Raheem Sterling sold by Liverpool to Manchester City for a hyperbolic £49 million. Bastian Schweinsteiger prised away from Bayern Munich by Manchester United for £15 million, which seems by comparison to be something of a bargain. Not least by comparison with the £24 million which has contemporaneously bought the French international Morgan Schneiderlin from Southampton. A much younger man of course.

Not to mention the previous expensive signings of Dutch attacker Memphis Depay and Italy’s Matteo Darmian. Nor we are told is the spending to stop there.

So far as Leicester City are concerned, I am at one with the former local hero, Gary Lineker, who says, “Claudio Ranieri is clearly experienced but this is an uninspired choice.”

Gary was still more critical of Leicester’s decision to dismiss their previous manager Nigel Pearson, who had resurrected the team after its steep and sudden fall from grace after thrashing Manchester United 5-3. Unbeaten in their last five Premiership games they moved safely and snugly up to mid table. Seven of those nine games were Leicester victories.

Lineker, who had had his disagreements with Pearson in the past, commented on his dismissal: “Could you kindly reinstate him like the last time you fired him? Are the folk running football stupid? Yes.”

Which led to Gary himself being criticised as a columnist for xenophobic views.

The owner of Leicester City, a Thai billionaire, has eulogised Ranieri who might, to a less enraptured observer, seem something of a blast from the past. Of Ranieri, owner Vichni has said, “He is a man of remarkable experience and knowledge that will lead us into the next phase of our long team plan for Leicester City.”

Well as the poet told us, hope springs eternal in the human breast.

I remember Ranieri in his Chelsea days between 2000-2004 as a decent, friendly, charming figure of somewhat erratic policies; his constant re-jiggling of his team formations earning him the nickname of The Tinkerman.

One has memories especially of a disastrous European Cup defeat in France when the team seemed poised to challenge strongly for the title but Ranieri gambled with changes which proved fatal.

Most preoccupying of all perhaps is the fact that his last managerial appointment, in charge of the Greek international team – not so long ago surprising winners of the European title – came in 2014 to a dreadful humiliating conclusion, when Greece in a European qualifying match were actually beaten at home by the minnows of the Faroe Islands: finishing bottom of their group.

It has been pointed out that over a period of twenty-three years, Ranieri has managed eleven clubs, some as prominent as Napoli, Fiorentina, Chelsea, Atletico Madrid, Juventus, Roma, Inter and Monaco. From half a dozen of these clubs, plus Greece, he has been sacked.

Leicester could have recalled to the colours Martin O’Neill who ran them so successfully in the past though he has not been doing too well of late with the Republic of Ireland.

But the contentious Nigel Pearson affair remains controversial. Saying he was sacked on moral grounds. For such offences as swearing at an abusive fan, grabbing James McArthur of Crystal Palace round the throat, however “playfully,” after forcing him to the ground, ignores the fact that his dismissal came not after any of these incidents – though he hung by a thread after the McArthur clash – but after his own son and two other players had been dismissed; for their part in a filmed repugnant episode of cavorting while on tour in Thailand with humiliated local girls.

City officially and evasively spoke of “differences in perspective.” A condemnatory columnist, applauding Pearson’s dismissal, called it “a toxic clash of personalities. He had, quite frankly become a liability.”

In moral terms perhaps but hardly in pragmatic ones. And if Leicester were going to dismiss him, surely they had chosen a strange and ambiguous moment, hot on the heels of his son’s involvement in the scandal in Thailand.

“Image wise for his employers,” quote the columnist, somewhat inelegantly, “he was radioactively awful.”

Certainly Ranieri’s regime will be profoundly different. He is a thoroughly civilised and decent man, never given to sudden episodes of violence. Whether with his wholly different methods he can get the same results as Pearson did in that last remarkable nine match unbeaten run seems debatable. 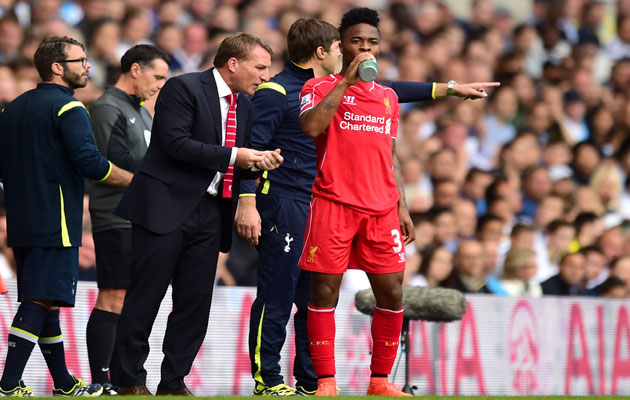 As for the £49 million transfer of Raheem Sterling to Manchester City, it is hard to say whether it makes sense for club or player. Certainly he is grotesquely over valued; from that point of view Liverpool in the vernacular can be laughing all the way to the bank. But the burden Sterling now carries is a fearfully heavy one for so young a player.

Liverpool’s former hero Jamie Carragher has said that a logical fee would be £20- £25 million pounds. And meantime, City will have to work out where to use him, since his favoured central and left flank roles are already occupied by stars.