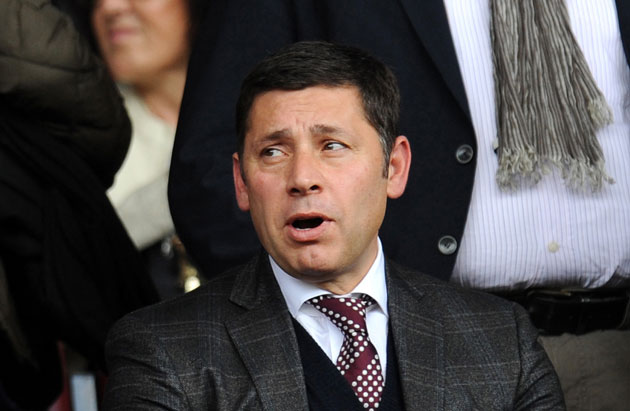 Amidst all the sound and fury generated by the resignation of Southampton’s dominating chairman Nicola Cortese, spoke the still small voice of one of the team’s salient stars: Matthew Le Tissier. It had been out of proportion, he declared.

He was just the chairman at the end of the day, spending the Liebherr family’s money. One suspects here a certain lurking animus. The club had been very closed, with little communication, Le Tissier added, which suggests he may have felt as such a major figure of the recent past, excluded.

But until quite a short while ago, Cortese was painted in such of the football press as something of an autocrat. One remembers how abruptly and unexpectedly he sacked Mauricio Pochettino’s predecessor, Nigel Adkins, who had brought the club up from the lower reaches of the League to the top division and kept them there.

Cortese has wielded a power at the club which is usually vouchsafed to the owner – yes, even for all his faults a Berlusconi – who puts the money in. Besides, just how good this season have Southampton been even under the unquestionably able Pochettino?

After a very bright beginning they have lately been shipping water. Chelsea took them apart at St Mary’s and a few days after that I myself watched them making surprisingly heavy weather there of knocking Championship Burnley out of the FA Cup, gliding quickly and smoothly into a 2-0 lead with a couple of devastating long shots, but ultimately, anything but solid in defence, conceding three goals, even if they won in the end.

Cortese believes that Katharina Liebherr wants to sell the club, though she denies this. But what if she does? She has shown no interest at all in football in general and the Saints in particular. She has scarcely ever seen a match. Perhaps the wonder is that she has remained in ownership for so long.

Perhaps in respect for her late billionaire father, Markus, who bought it and regenerated it. He who pays the piper calls the tune, which is why even as strong a character, as able an administrator, as Cortese, could hardly hope to win his battle against Katharina Liebherr, however little she might know about football.

There remain certain imponderables. Just why and how relations between Cortese and Liebherr so bitterly broke down. Running the club from her domicile in Switzerland could hardly have been an ambition. Will she sell the Saints now? If so, to whom?

Meanwhile, could Nigel Adkins be smiling?

Bert Williams has died, in his 90s, and obituaries recalled that in Belo Horizonte in the 1950 World Cup, he it was who was beaten by a header, however fortuitous, by Joe Gaetjens the centre forward of an American team made up of a job lot of obscure players.

It was the most humiliating defeat ever suffered by an England team. Williams couldn’t be blamed for the goal and as for poor Gaetjens, he was doomed and destined to be murdered by the brutal Ton Ton Macoutes in his native Haiti long before the passing of Williams.

My own salient memory of that excellent, brave and acrobatic goalkeeper was his glorious display at Tottenham in 1949 against an Italian team – barely rebuilt after the horrific Torino air crash had wiped out most of its players – which completely outplayed England in the first half.

On one occasion, I remember Williams twisting almost in mid air to deal with a shot which seemed certain to score to the frustration of the Italian left-winger Carapallese, who beat the ground in his despair.

Williams began at Walsall where he was coached by one of England’s most famous keepers, Harry Hibbs, who was then the manager. Then to Wolves where he excelled for seasons to come.

Howard Webb has been chosen again as a World Cup referee. Despite his failure in the 2010 Final which he has acknowledged to send off Holland’s Nigel De Jon for that appalling early foul on Spain’s Xabi Alonso.  Two shocking fouls by Marc van Bommel were also worthy of a red card.

Hardly the refereeing performance of Southampton’s George Reader, who took that 1950 Rio decider when Brazil lost to Uruguay before 200,000.