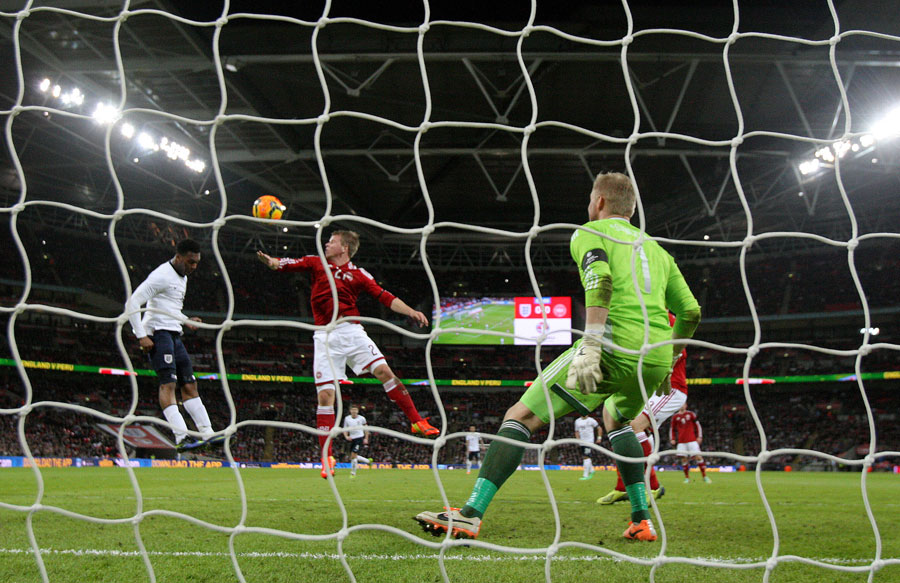 “If Christian Eriksen had played today, I think we would have won,” said Morten Olsen, Denmark’s manager and once their inspiring captain, after England’s somewhat laborious victory at Wembley last Wednesday.

Who can say? The fact is that this by comparison with past, often exciting and formidable Danish teams, was largely a pedestrian and ineffectual one.

Yet England even when Roy Hodgson had belatedly rang the changes at half time still scrapped through only by a solitary very late goal.

And though Hodgson afterwards stated that Hart, in goal, had nothing to do, the fact remains that only a brave and resilient save by the keeper on 65 minutes at the galloping feet of Morten Rasmussen prevented Denmark taking the lead. Which on at least one occasion they might have done in the first half on 38 minutes with the England defence at sixes and sevens.

The first half 4-3-3 formation forced Sturridge too far wide and found £300,000 a week Wayne Rooney curiously unincisive, save a fine exchange with Ashley Cole which nearly brought a goal – the post was hit, by the lively Raheem Sterling.

Unfair to judge our one true passer of a ball Jack Wilshere on this showing, after that shockingly painful foul by Daniel Agger. Arguably he shouldn’t have been allowed to come back on the field and Agger might have been expelled; as might Casper Sloth for his last defender foul on Steven Gerrard.

As Olsen admitted, Denmark were overall heavily defensive which posed England problems. But the idea that they should rely on pace especially in the opening World Cup game against Italy in torrid Manaus seems fanciful. Still, the Southampton pair, 18-year-old Luke Shaw and elusive, versatile Adam Lallana impressed, while Danny Welbeck, too often exiled to the England left wing, looked sharp and incisive in the middle after he came on.

It is clear, however, that 4-3-3 won’t work, that two wingers are essential, with Raheem Sterling a notable contender.

Frankly though England in this match were on a hiding to nothing. There were certain consolations, but you could hardly gainsay Morten Olsen when he sarcastically wished England the luck that they would need.