Can we, dare we, hope that now so much more filth has hit the fan, that FIFA may implode.

Horribly difficult to bring about, because of the fatuous disposition whereby in essence all voting countries are equal. So a multiplicity of minnows, with little indeed to offer in playing terms, but a deep and dependent need of FIFA money, will always give their votes to the people in power. Meaning that from this point of view at least, Sepp Blatter is untouchable.

Though don’t forget Franz Beckenbauer once supported him too. Not that we can count on unity of purpose from the great European powers. Russia after all have somewhat mysteriously been awarded the 2018 World Cup, all talk and thought of endemic racism banished, and the computer evidence which would surely have condemned their bid so surprisingly and conveniently destroyed.

But now at least after recent revelations, the major sponsors are at last moving. Coca Cola, who provide no less than £300 million a year to FIFA have called for transparency.

“Our expectation,” says their spokesman, “is that this will be resolved quickly in a transparent and efficient manner.”

What, looking not so far back, was more transparent than the greed and infamy of Joao Havelange, yet he retained the FIFA Presidency for 24 years.

Adidas and McDonald’s have also made their concerns known. And Christian Seifert, chief executive of the German Bundesliga, wants a complete European boycott of the World Cups of 2018 and 2020.

“As a serious organisation we no longer feel represented by this FIFA,” he said.

Emirates Airways have also withdrawn their FIFA backing while Sony are considering their position.

Michael Garcia and the ineffable Eckert have secretly met and the mountain has parturated a mouse of sorts, agreeing that Garcia’s report be passed to someone called Domenico Scala, the chairman of FIFA’s audit and compliance committee, whatever that is.

Meanwhile still more information has emerged in the Sunday Times over the colossally lucrative deals made by the now suspended (for other transgressions) Bin Hammam with the Qataris in information technology.

In so far as Garcia has already compromised himself and his limited inquiry by exculpating Qatar and Russia, while ludicrously impugning England over undoubted but by comparison quite trivial breaches of bidding regulations, it seems to me quite irrelevant whether his report be published in full or not. Especially as he was unable even to interview Bin Hammam and that he completed it before the Sunday Times published its devastating revelations from a multitude of emails.

If the major European countries, Russia obviously and deviously apart, refuse en bloc to compete in Qatar FIFA will surely have to surrender. In its current form it is irredeemable but at least those major Europeans have at long last woken up after decades of FIFA corruption, begun when Havelange defeated Sir Stanley Rous. 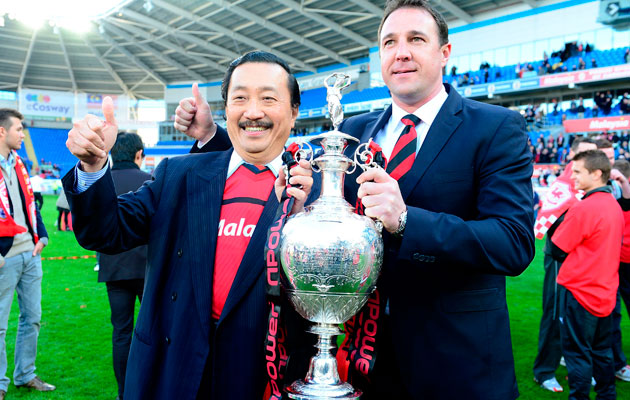 Far back in 1960, I reported the FA Cup Final in which the Blackburn Rovers left back Dave Whelan broke his leg and ended his career.

In the ensuing years, with astonishing courage and initiative, he succeeded as we know in building a flourishing sports goods business which made him a multi millionaire, enabling him to buy the then obscure and struggling Wigan Athletic club. Which he dramatically transformed into one which reached the Premier Division and even won the Cup whose Final had been so traumatic for his own playing career.

And now? Whelan has made himself an Aunt Sally for his fatuous remarks about Jews (“Some of his best friends,” of course) and Chinese.

Supporting to the rash extent of employing Malky Mackay as Wigan’s new manager before the foot -dragging FA have even pronounced on Mackay’s multiple bigotry – anti-semetic, anti “gay,” anti South East Asians – and trying to dismiss Mackay’s own bigotry. “Jewish people chase money more than everybody else,” Whelan says. Eh?

More than Whelan himself who must have chased it pretty hard to pull himself out of threatening poverty to extreme wealth as he has. The whole shabby episode reminds me of Bernard Shaw’s dictum that making money has nothing to do with intelligence.

Will Mackay keep his job? Will Whelan stay at Wigan? Will the FA eternally sit on the fence? Who knows? 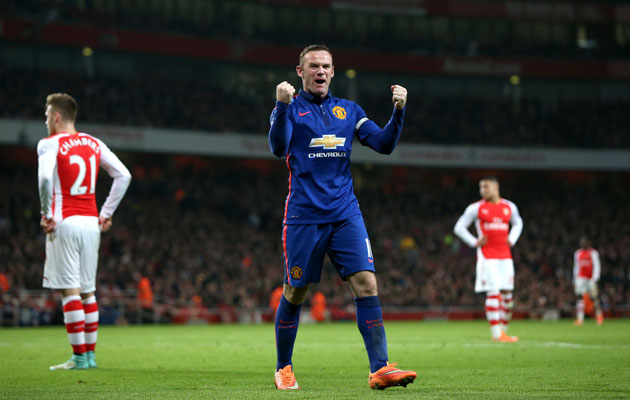 For decades, Arsenal’s defensive qualities were a byword. Not now. Not at all after the pitiful basic lapses which enabled Wayne Rooney to score against them for Manchester United largely unharried, and Di Maria to throw away a perfect chance when the home defence had collapsed again.

Arsene Wenger admitted his dismay: but how could it happen? Can’t Per Meertesacker, who has publicly admitted his team’s faults, exert the tactical influence so pitifully missing? Can’t Steve Bould once such a strong defender himself, now beside Wenger on the bench, get things organised?

And Wenger is there for another three years.