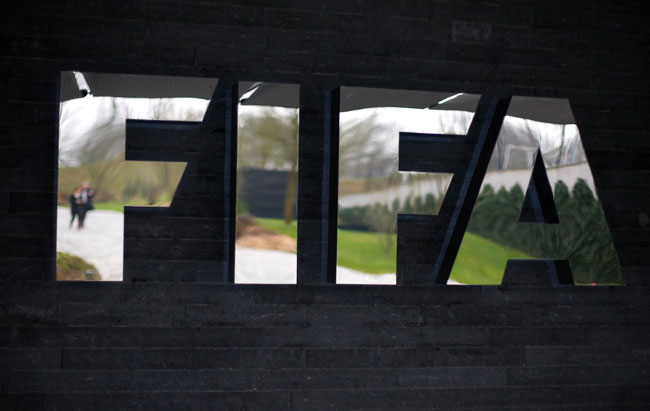 The four candidates for the FIFA presidency are being pressed to commit themselves to human rights, labour rights and anti-corruption issues at forthcoming World Cups.

The world football federation drew predictable and unprecedented attention upon itself after awarding the 2018 World Cup to Russia and the 2022 to the Gulf state of Qatar.

Now the Sport and Rights Alliance – a coalition of four non-governmental organisations* – is asking Jordan’s Prince Ali, Dutchman Michel Van Praag, Portugal’s Luis Figo and long-serving incumbent Sepp Blatter whether, in the first 100 days of their presidency, they will address corruption, labour and human rights issues.

All four are being asked, specifically, whether they would:

2, use their position as president to exert pressure on the Qatari authorities to bring the country’s labour laws into line with international standards and reform the infamous kafala** system;

The World Cup in particular has been dogged by widely-publicised concerns over migrant workers’ rights, including deaths at work, non-payment of wages and dangerous working conditions.

The local organising Supreme Committee has drawn up specific advanced demands on construction contractors building the stadia but, despite promises of progress, similar standards have yet to be imposed state-wide.

Russia also drew criticism for appalling record on lesbian, gay, bisexual and transgender rights, environmental protection and freedom of expression before the Sochi Winter Olympics in 2014. The issues have not gone away.

Eduard Nazarski, director of Amnesty International Netherlands – a member of the SRA – said: “Exploitation of migrant workers, police violence against protesters, government crackdowns on freedom of expression and corruption have become almost as synonymous with the World Cup as the football.

“The election of a new president gives FIFA a chance to turn over a new leaf, to say enough is enough and to use the power and influence of that position to push for positive change.

“Millions are closely monitoring the FIFA presidential elections. Many will be waiting to hear if the new president will be prepared to put the bad old days behind them and harness the power of football to ensure respect for human rights, transparency and sustainability. If they don’t, the World Cup will continue to leave widespread misery in its wake.”

** System used to monitor the construction and domestic migrant laborers in middle east. Requires all unskilled laborers to have an in-country sponsor, usually their employer, who is responsible for their visa and legal status.