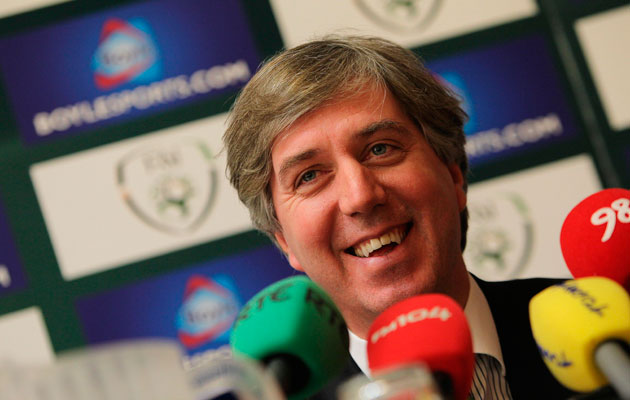 Curiouser and curiouser as Alice said in Wonderland.

As the FBI inquiry into the endemic corruption of FIFA continues, we have such strange by-blows as the Thierry Henry handball affair and the bizarre $5 million payment by FIFA to the Irish FA.

Henry as you’ll recall twice handles the ball in the play-off game between France and Ireland in Paris thereby setting up the easy goal which robbed the Irish of qualification for the 2010 World Cup. Blood money you might call it, but why was it ever paid? 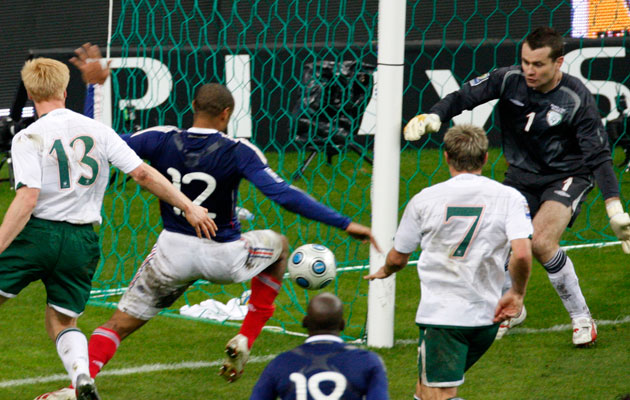 The injustice to the Irish was palpable, the failure of referee and linesman incontestable though there has never been any accusation of malfeasance. Pressure was seemingly brought by the Irish FA and its supremo John Delaney on a resentful Blatter; but what could FIFA have feared? What bodies could have been and have remained buried?

Compare and contrast with Diego Maradona’s infamous Hand of God goal against England in Mexico City in the 1986 World Cup. Missed by the inexperienced officiating trio who had carelessly been appointed for a match of this importance. England made no formal protest after the game; the goal outrageous as it was stood.

The daft Irish suggestion that they should make an extra contestant in that World Cup never had any legitimate merit. It might even be said though hardly in mitigation that although Henry shamefully and palpably set up that goal he didn’t, like Maradona, score it himself.

But what about Havelange? Surely the buck stops there. The corruption of FIFA unquestionably started in Frankfurt in 1974 when Havelange, buying the votes of Africans he flew to the Presidential elections at huge expense, unseated Sir Stanley Rous as President of FIFA.

When Blatter so unexpectedly beat the Swede Lennart Johansson to the Presidency in Paris in 1998, there was much talk which of course he denied of money having changed hands. In the case of Havelange, it seemed wholly obvious.

My colleague on the Sunday Times the multilingual Keith Botsford wrote of “small brown envelopes going into large African hands.”

A supremely well researched book, devastating in its implications, How They Stole The Game by David Yallop gave abundant chapter and verse to unmask Havelange’s greedy and corrupt campaign. He financed it with money he extracted from the funds of the Brazilian football federation – of which he was the President – boosted by donations provided to one of his companies by a group of wealthy Portuguese who fled to Brazil when the neo-Fascist Salazar regime was overthrown.

Yallop published extracts from a significant interview Havelange gave Playboy magazine in which Havelange was asked who paid for his visits while canvassing votes to no fewer than 86 countries. Havelange, twelve years on from his tarnished victory responded that he himself had paid. But then this most meticulous of men blandly responded that he had no idea how much he had spent.

But surely all that chicanery was compounded by the astonishing passivity of FIFA’s member countries. Not merely those African federations and numerous insignificant others who voted for him knowing they would profit, not merely the South Americans, where a grasping crook like Ricardo Texeira, made rich when poor by Havelange when he became Joao’s son-in-law, but by Europe at large, very much including the British associations. All of whom were quite content to vote Havelange back into power every four years from 1974 to 1995.

Which brings us to the matter of Michel Platini said in some quarters to be a strong candidate to replace Sepp Blatter (applauded you may note with disgust and amazement for ten long minutes by his FIFA minions) in the Presidency.

But Platini’s potential candidacy (and God knows who else) is irredeemably tainted by his support for Qatar’s World Cup bid even when it meant playing in 50 degrees centigrade heat, to be followed by his support for a winter tournament catastrophic for the European members and their clubs whom he is supposed to represent and protect.

The word has been nor has it been denied, that Platini was acting under pressure from the then President of France Nicolas Sarkozy, anxious to safeguard France’s oil deals with Qatar. In that case surely the honourable course of Platini was either to refuse or to resign.

Hard to explain the complex business of the South African $10 million bribe and the way it appears to have passed through FIFA enroute to the ineffable Jack Warner.

Jerome Valcke, no 2 to Blatter, says not me Guv though the evidence seems to differ. But why was he ever reinstated let alone promoted after lying in a New York court before a contemptuous judge about MasterCard with now State’s Evidence Chuck Blazer? South Africa are now surely bang to rights.