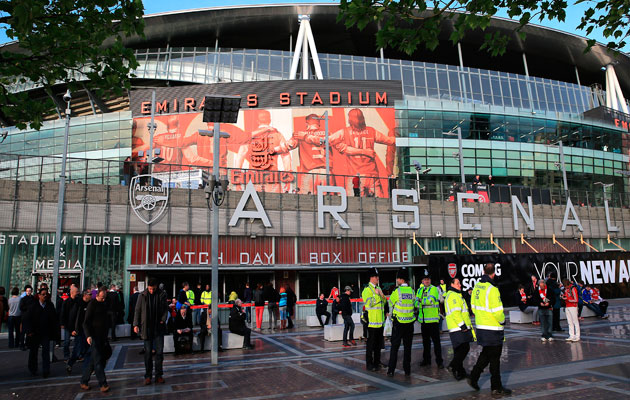 What is going on at Arsenal? Not even the shareholders have been able to find out.

The owner the multi millionaire Stan Kroenke remains a somewhat enigmatic and remote figure. He did at least turn up for the most recent shareholders’ meeting, but in the words of a frustrated columnist “mumbled a few platitudes as well as saying the shareholders summit was an unusual environment.”

I had known for some time from Arsenal insiders that the club was paying substantial sums of money to Kroenke or his American company but the information had been given me in confidence.

Now it emerged that Arsenal have paid out £3 million for Kroenke Sport Entertainment for something called its advisory role, whatever that may mean.

I was under the assumption that when Kroenke took over the club – after the original opposition of Peter Hill Wood, ex-chairman and the scion of the family which reigned at Arsenal from the 1920s – he was going to put money into it rather than take money, through his company, out of it. Perhaps he has, but it is all most confusing.

Hill Wood you may recall was made to bite the bullet and fly to American to beg Kroenke, successfully, to acquire the club.

Meanwhile Kroenke has appointed his son Josh to the board the reason given his experience with his father’s owned sports teams in the USA.

The present chairman the grandee Sir Chips Keswick whose footballing background is somewhat obscure, announced that the board gave Arsene Wenger its backing on all football matters “whether he had a plan or not.”

No one can deny what an essential part Wenger has played in Arsenal’s successes since he was so shrewdly appointed – thanks to the now marginalised David Dein – in 1996. I remember then the crass insularity of a group of Arsenal fans who chorused “Arsene who?” ignorant in their ignorance of his highly impressive years, which included a French championship, at Monaco.

But had Arsene been managing an Italian club he’d never have kept his job last season after a series of shocking defeats such as at Chelsea and Liverpool.

This season despite the excellence of several young players and the inspired acquisition of the ebullient Sanchez, Arsenal’s form has been inconsistent, the Premiership title already well out of sight; though Wenger’s contract has been extended.

Lurking in the wings is the Russian billionaire Alisher Usmanov who has almost as many shares though not quite enough of them – having paid Dein a reported £70 million for his – whom the board have kept at bay.

Whatever one may think of Usmanov as an oligarch, it is hard to imagine him taking money out of the club.

Oh, for transparency! And I speak as the author of Arsenal’s official history with an early personal history of commitment to the club as a fan.