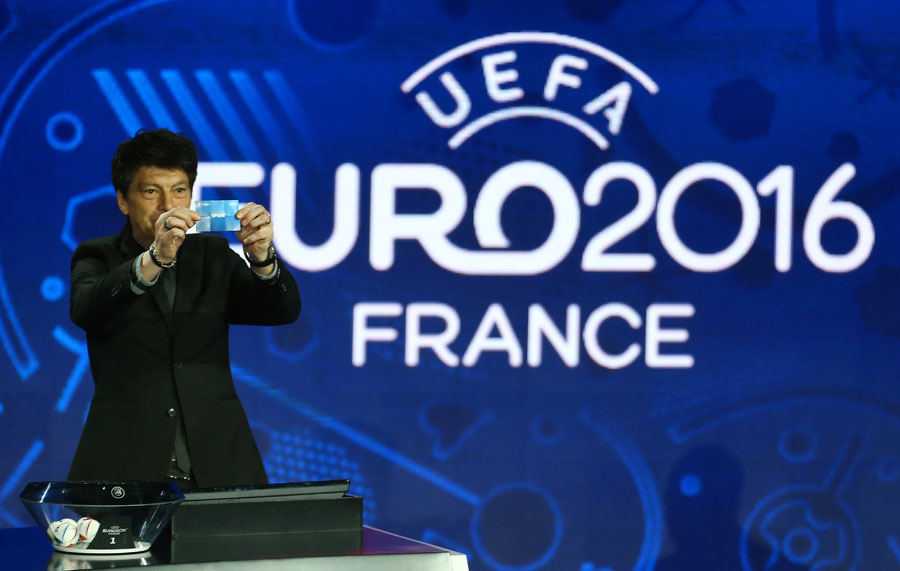 The draw for the qualifying stages of the top-heavy 2016 European Championship left little room for satisfaction. Particularly inmpatient was a Chilean accountant who believes he can refresh the competitive system.

Leandro Shara has come up with a sort of football version of the Rubik’s Cube: except that in the case of Shara’s systems, the solution is always guaranteed.

Some 23 of the 54 members of European federation UEFA will reach the finals in France in two years’ time.

Not only that but hosts France will compete the preliminaries even though automatically through to ‘their’ final as host nation.

The reasoning is two-fold:

1, The most important: UEFA has created a ‘week of football’ concept with matches of the top nations staggered to fuel the centralised sale of television rights – every nation had to be on board and thus France had to be included in the competitive schedule;

2, The concern that a host nation, lacking competitive football, slip down the world rankings which are being afforded increasing importance in tournament seeding.

Inevitably, many of the qualifying matches will be considered academic and UEFA risks seeing a lack of interest, with poor attendances, in the closing stages with certain nations long since through to the finals.

Not only that, but the Week of Football concept which sees matches being played on unusual days – England start against Switzerland on a Monday – risks provoking a drop in live attendances.

The ‘fault’ lies in a lack of imagination: international federations remains wedded to the concept of qualifying competitions build around self-contained mini-leagues of four, five or six teams.

The groups are drawn, for the sake of fair play, on a basis of coefficients (computed points per games from previous games). However this ‘fairness’ is only skin-deep. In fact, the use of coefficients fixes nations in various ‘classes’ of competitive worth – just as financial fair play will ‘stream’ clubs.

For example, nations who land up in the third or fourth ‘pot’ will always be drawn against better teams and, therefore, will have ever-reduced opportunities of scaling the ladder of competitive opportunity. They become trapped in a hopeless Never-Never-Land.

Shara believes his MatchVision company could be the Peter Pan which comes to the rescue of an increasingly stultifying system.

The trick is to find a new qualifying system which offers nations wider potential for progress on their merits along with more ‘headline’ matches between leading teams.

Shara believes this is possible. He has already been in discussions with several federations and confederations, including CONCACAF, as well as governing bodies in other sports, notably tennis.

He says: “International federations continue to use 100-year-old formats which encourage teams to compete on a not-losing rather than on a need-to-win basis. It is a system which does not match top teams against each other on enough occasions.

“Do you know, for example, that Brazil and Germany have met only once in a World Cup and that Argentina have never played against Spain? This is not right for the greatest tournament in football.

“We would like to invite football – and other sports – to open themselves up to new possibilities.”

As Shara points out Paraguay, notoriously, reached the final of the last Copa America without winning a single game. They could even have won the 2011 tournament without a single victory if the final against Uruguay had gone to penalties.

He says: “New models do exist which allow tournaments to be real all-against-all competitions, in which participants will play the same three initial games, yet in which uncertainty about reaching the next round is reduced from the current 50pc to 17pc.

“Having increased uncertainty, competition will increase, efforts to score goals will increase and, moreover, the business around sports will be dramatically enhanced: Each match in the tournament will have real impact on the final ranking of each participant.

“TV will draw more ratings and everybody will talk about a real global competition from the first game on. Teams will play to obtain the maximum number of points rather than the minimum to advance.”

Shara’s systems are based on fixtures computed across, say, three ‘pods’ so that teams have a much wider range of opposition. This, in theory, offers greater potential for movement within the restrictive levels imposed by imprisonment of the coefficients system.

At a time when national team football is losing ground to the club game, Shara may have the formulae to lead a revival. All it needs now is for a little lateral thinking . . . for the good of the game.