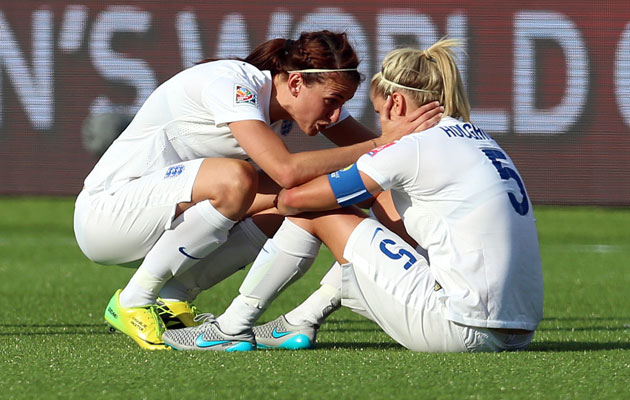 Comparisons as we all know are odious and when they combine with sheer hyperbole, the result can be all but farcical.

After the victory of England’s women in their World Cup third place play off – not, you will note, the Final itself, one national daily’s report read like this: “A quarter of a century of hurt confined to the rubbish bin. Revenge for Italia 90, a historic first win over Germany in a World Cup final since 1966, and the journey from losers to legends.”

What? Is English football now such a basket case that a victory for the women’s team can atone for a lack of success by the men’s?

Before the women’s World Cup began, two leading columnists, Martin Samuel and Rod Liddle, expressed logical reservations about the quality of women’s football and the tendency to over emphasise that.

Of course a powerful element of human interest, or what the Americans have been wont to call sob stories, was provided when the unlucky Clare Bassett so cruelly put through her own goal to give such a late semi-final winner to Japan.

Contrasts were made with the failure of the England Under-21 team in the European finals in the Czech Republic though again these seemed wholly irrelevant.

True, that England team hardly covered itself with glory, but a sense of proportion again seems to have been missing. Little or nothing was made here of the fact that the Portuguese team which won 1-0 in England’s opening group match went on to score five goals against the Germans.

Had England included all the eligible stars potentially available, Jack Wilshere, Ross Barkley and the rest who knows. Though it is worth noting that the young Italian team which beat England 3-1 did not include a single player who had been capped for the full azzurri team.

Meanwhile it now appears that the FA’s new technical guru wants to impose the same pattern of play at every international level. Shades of the ineffable Charlie Hughes and his attempt to implement a new, if anachronistic, long ball orthodoxy.

Nothing quite as stringent or retrograde is now proposed and it was somewhat significant that in what proved their final game against the Italians. England used Ings up front beside Harry Kane, who had previously been deployed there on his own.