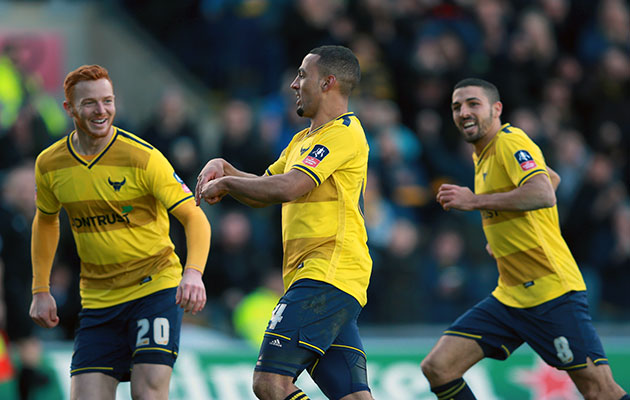 Hard not to echo and agree with Harry Redknapp’s heart cry about the ruining of the FA Cup. The third round, though it produced its quota of surprises and dramas was severely blemished by the number of leading clubs which put out substantially weakened teams.

Harry it must be said in his tirade looked back to what many of us nostalgics may now see as a golden age. An age of black and white television, showing hours and hours on Cup Final day before the game itself was played at Wembley. The heroic struggles of teams beaten there after losing an injured player who in those days pre-substitutes couldn’t be replaced. This was, whatever its actual date, virtually the climax of the season.

But money also talks, has talked louder and louder, especially since the Bosman case – little gratitude that brave neglected fellow has been shown by today’s millionaire professionals.

As Harry admits staying in the Premier Division, with its colossal television pay outs, its enormous salaries, sees not merely top placing with its consequence places in the European Champions Cup, but lower down the Premiership, survival is financially a matter of life or death. Clubs are caught willy-nilly in an infernal rhythm. And though Harry is quite right to say that all this is exacerbated by the fatuous pile up of Premiership fixtures around early January, even putting this right with a touch of basic intelligence would be no ultimate solution.

When the Premier League was born, I christened it The Greed Is Good League and have never been moved to call it anything else. Some of these third round results were indeed spectacular but they do have to be put into proportion.

Even the shining success of Oxford United over Swansea City: who please note made ten changes from a team which had been capable of embarrassing turgid Manchester United. This is not in any way to detract from the shining display by Kemar Roofe, who off the field runs a clothes manufacturing business with his intellectually impressive brother. This is one more romantic Cinderella story for Roofe, though taken up by West Bromwich Albion from childhood, never had the chance to assert himself there for all his midfield skills and goals. So finding himself in the third actual division where he has been prolific.

Doubtless one of the several major clubs now watching him will snap him up. As Shakespeare has it, “Many a rose is born to blush unseen,” but he is a shining exception to the rule.

Talking of players who have come from lesser clubs to excel at the highest level what of Dele Alli who has stepped straight up from lowly MK Dons not only into a major role with Spurs but impressively into the England team too. Both he and Harry Kane came on very late against Leicester at White Hart Lane; a Leicester team which had been hugely changed but arguably never deserved to give away that fatal penalty.

No injured Vardy, no subtle Riyad Mahrez, but by way of compensation a remarkable performance and a glorious solo goal by the electric Japanese, Shinji Okazaki. And that greatly gifted 19-year-old right-winger, Demarai Gray, surely a future England player, just bought from Birmingham, sparkled on the flanks. But both clubs might be accused of snubbing the Cup.

Sunderland went down fighting at Arsenal, even though Sam Allardyce kept his main marksman Jermain Defoe on the bench throughout. Allardyce was incensed by Premier fixture making which condemned his struggling team to colossal journeys, logically asking why a bunch of midweek Premiership fixtures could not have been scheduled for later in the year. He had a strong point, yet one remembered how when manager of Bolton Wanderers he snubbed the FA Cup, fielding weakened teams. People in glasshouses and all that. Yet Sunderland looked capable of avoiding relegation.

Bournemouth were another Premiership team which fielded a scratch Cup side; but got away with it, squeezing past Birmingham City at St Andrews, their able young manager Eddie Howe lamenting the imposition of those subsequent Premiership fixtures. Now Bournemouth have spent heavily on Wolves’ Benik Afobe and have paid £8 million to bring ex-striker Lewis Grabban back from Norwich who got him for £3 million. Funny game football. Grabban of course has long been yearning to come back to Bournemouth.

Aston Villa struggle on sadly. You wonder whether they should ever have sacked Tim Sherwood who at least got them to the FA Cup Final. Or sold both Benteke and Fabian Delph, thereby cutting the ground from under his feet. None of Villa’s executives are men with a football background. You wonder why Remi Garde ever took the managerial job, at a club whose American owner cannot get rid of it soon enough,

But Slaven Bilic at West Ham put the FA Cup the top of his ambition! Applause!