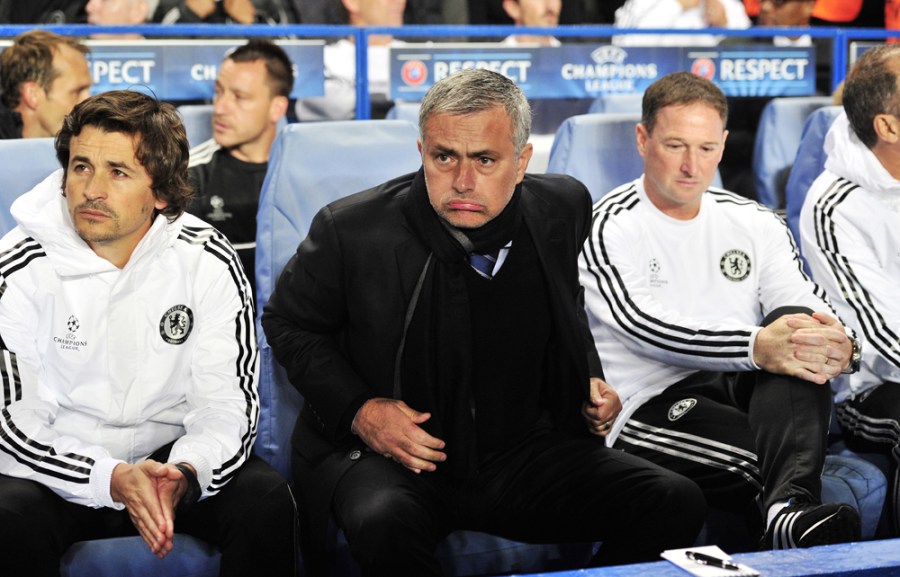 Mourinho the tactical genius? You would have thought so from the ecomia which poured out in the press the day after Chelsea’s dramatic and certainly deserved victory over Paris Saint Germain at Stamford Bridge.

Yet let us keep matters in proportion. If The Special One got things right at Stamford Bridge he surely got them badly wrong at the Parc des Princes. Not to mention at Crystal Palace and Aston Villa, where his Chelsea team so surprisingly and embarrassingly lost to what seemed inferior opposition.

Had Ibramovich been fit to play at The Bridge, would Chelsea have won? True, Paris Saint Germain had themselves won playing without him, injured, for much of the game in France, but he has been far and away his team’s chief scorer this season, in and out of Europe.

And noting the great contribution made by Ba to Chelsea’s win at home, how could Mourinho have left him out completely in Paris, beginning with a “false” centre forward to scant effect. Ba having largely been marginalised throughout the present season.

Given Mourinho’s evident disdain for Ba, bringing him on, so short of match practice at that, was always going to be a gamble; albeit one which triumphantly worked.

Then there is the case of Romelu Lukaku, pulling up trees on loan to Everton, yet reportedly unwanted by Mourinho. Why? He is big, powerful and fast, surely just the striker Chelsea have lacked all season. An abiding mystery.

The recent death of the distinguished High Court Judge and former RAF hero Sir Maurice Drake evoked some bitter memories. Not least, I imagine, for Paul Elliott, who went down for half-a-million pounds thanks to what I still consider a flawed judgement by Drake when Paul sued Dean Saunders over what may politely be described as the clash which ended his playing career.

It took a couple of years for the case to come to the High Court in May 1994. I had actually reported the match at Anfield between Liverpool and Chelsea, for whom Paul was an outstanding centre half. Paul went in a tackle from behind on Saunders, who landed heavily on Elliott’s knee. The referee Mr John Key gave a foul against Elliott, who was carried off in agony.

At half time, when Chelsea’s then owner Ken Bates came up to directors box, I moved across from the nearby press box to ask him how Elliott was. “Ligaments,” said Bates. “The players want to lynch Saunders. They say he stamped on him.”

I managed to involve an old friend, Edward Grayson, idealistic author of Sport And The Law, who would become junior counsel in the case. We worked together on the various witness statements. There was no jury: Drake presided over the case alone.

Controversially, I never blamed Key for his error; it had all been too quick for the eye to see what happened. I had, however, given Key only four marks out of ten in my report for The People.

Bizarrely, Drake would disagree with my assessment, having not been at the game himself but merely watched on video in court. Shortly after this, Mr Key was removed from the League’s list. 40,000 spectators had every right to disgree with me, but Drake wasn’t there. And in his final judgement it became too too clear that he had found Bates antipathetic, though on this occasion, Ken was the quintessence of calm.

Bates, said Drake, in that judgement, in saying what he did revealed a bad memory. Yet there was no doubt in my mind that those words were exactly what he had said: and to myself. Though it is bewilderingly true that not a single Chelsea player on the witness stand confirmed what Bates said they had told him.

So the verdict went against Paul Elliott, hardly mitigated by Drake’s dismissal of any claim that players in contact sports “consent” to the risk of serious injury, having every right to go to the courts. Some consolation.

De mortuis nil nisi bonum, as the Romans had it. Never speak ill of the dead. So I curbed any tempation to mitigrate the paeans of acclimation which greeted the recent death of David Coleman.

There is no doubt that he knew his athletics inside out, having been a very good runner himself, though there was that embarrassing moment at an Olympic hurdles final, won by Britain, when Coleman cried, “And who cares who came second?” when it fact it was another Englishman.

There were those, not least by his own account Sam Leitch, who worked with him, who could find him arrogant and insensitive. I remember him coming up to me at a Marylebone cocktail party not long after the showing of European Centre Forward, a documentary about Gerry Hitchens playing in Turin, on BBC television. “You’ve got a lot to learn about writing for television!” he told me.

I didn’t argue the point though at the time I had been writing regularly for the satirical programme, “That Was the Week that Was.”

A few months later, European Centre Forward won the top Silver Bear Award at the annual Berlin Film Festival. But the recent evocation of one of his infelicities – and remember that for many years Private Eye published a selection of general faux pas under the title of Coleman Balls elicited memories.

Football fans included in a list of published gaffes Coleman’s (top of the list): “If that had gone it, it would have been a goal.” For me, his most unforgettable episode came on a balcony of the Royal Garden Hotel in Kensington a few hours after England had won the 1966 World Cup Fina, where a jovial Coleman was interviewing the team.

“Ah, Ray Wilson, the England left back!” he eventually exclaimed. “That was a bad moment when you headed the ball straight down to Haller and he scored!” It had indeed been a bad moment, both for England and for poor Roy, who mumbled, “Everybody makes mistakes.”

At last it came to the England trainer, Harold Shepherdson. “I believe you were sitting next to Alf Ramsey.” Said Coleman. “Yes,” said Harold, somewhat dourly, “that’s my place.” Coleman was impervious to obvious hostility. “What were you doing?” he enquired. “Standing up,” said Shephrdson.

“I believe at one moment Alf Ramsey told you to sit down,” said Coleman. “Yes, said Shepherdson.