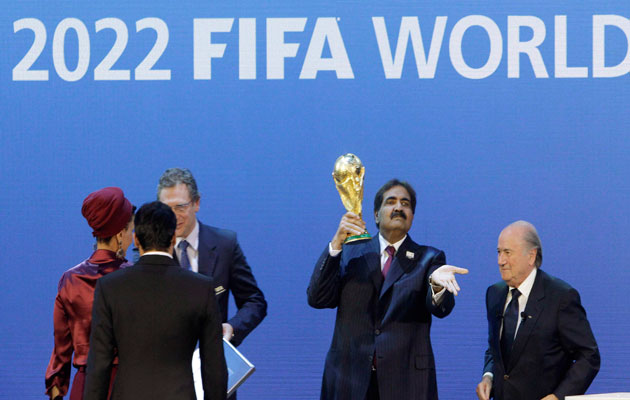 World federation FIFA has settled on December 18 as the date for the World Cup Final in 2022.

This is, in effect, another snub for European federation UEFA which had wanted December 23 so as to delay the inevitable halt to the continent’s major league programmes at the end of October, start of November.

FIFA’s ‘calendar commission’ had come up last month with a formal recommendation for a November-December World Cup which was put in front of the executive committee today.

The general proposal was approved with the precise dates having been left for for the exco.

President Sepp Blatter, not unusually, disagreed with the European federation which is supporting three candidates against him in the forthcoming FIFA presidential election.

Three weeks ago, while in Belfast for the International Board annual meeting, Blatter said he would propose December 18 so as not to cut into preparations for the Christmas holiday.

Blatter has got his way.

FIFA had already conceded that the finals in 2022 should last 28 days rather than the usual, current 32. A December 18 final also suits the hosts because that date is Qatar’s National Day.

Allowing for all teams to ‘enjoy’ two weeks’ preparation the domestic leagues in Europe would have to shut down on Saturday and Sunday October 29 and 30.

UEFA would hope to squeeze in ties in the Champions League and Europa League on November 1-3.

The consolation for the English Premier League of a December 18 Final would mean that the traditional Christmas/New Year programme would be unaffected by the winter switch.