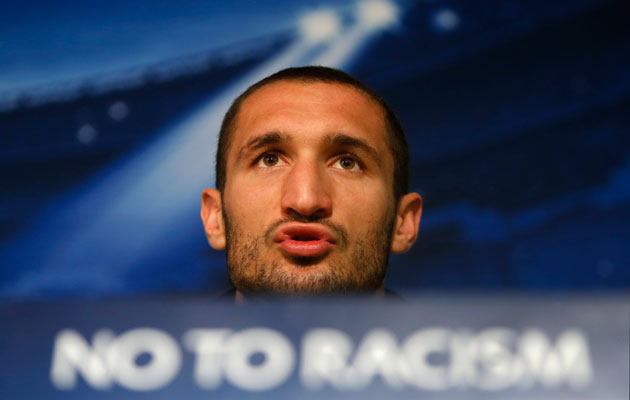 Controversial Carlo Tavecchio is coming under renewed pressure to scrap his bid for the presidency of the Italian football federation after the storm over his ‘banana eaters’ description of African players.

Tavecchio is under fire not only from sports officials, players and politicians within Italy but from European federation UEFA for which he serves – incredibly as it now seems – as a member of the Youth and Amateur Football committee.

UEFA wrote to the Italian federation last week expressing its concern about comments from such a senior figure which were diametrically opposed to its declared ‘zero tolerance’ stance on racism.

Only this week UEFA ordered the partial closures of stadia of four clubs for racist behaviour by fans in the early rounds of both the Champions League and the Europa League.

Senior UEFA officials, mindful that the election is scheduled for Sunday, believed that writing privately to the FIGC was more diplomatic that a public statement.

The vacancy arose when Giancarlo Abete resigned after Italy’s group stage elimination at the World Cup finals in Brazil. Tavecchio, 71, was favourite to achieve an overwhelming victory over fellow FIGC vice-president Demetrio Albertini, the former Italy midfielder. At one stage 18 out of the 20 Serie A clubs were said to support him.

However support began to fade after Tavecchio described African players as ‘banana eaters’ in a discourse about the difficulties of extracting a successful national team from a foreign-player dominated league.

He opened himself up to further ridicule in his reaction to the furore by telling a radio station that “the assassin of John F Kennedy did not have to put up with what I have in the last few days.”

Critics of Tavecchio included Italy and Juventus defender Giorgio Chiellini who said: “We cannot let Italian football embarrass itself again. We need a person with a certain decorum and personality to fill such roles.”

FIFA was not as reticent at UEFA in making its views known. The world federation went public with its demand for an explanation from the FIGC. Jeff Webb, the vice-president who heads up FIFA’s anti-racism task force, said he and the football community at large had been “appalled” by Tavecchio’s comments.

Webb added: “The FIGC and the football family at large deserve exemplary leadership capable of directing the industry in a transparent way for a dignified, diverse and inclusive society.

“As guiding voices within our communities, we strongly urge all football officials to speak and act in a responsible manner, adhering to the principle of respect that every human merits.”

Attempts are afoot within Italy to try to rescue the situation which has cast a further shadow over both national and sporting attitudes.

However Tavecchio emerged from the meeting to insist he was carrying on. He said: “While I continue to enjoy the support of the leagues, I will carry forward my candidacy. I am grateful to president Malago for the welcome he gave me. It was a long and detailed talk about my plans. I gave him all the explanations requested.”

Malago disagreed, saying: “Tavecchio repeated his apologies but the phrase he coined is unacceptable. It’s not good in either the world of sport or beyond.”