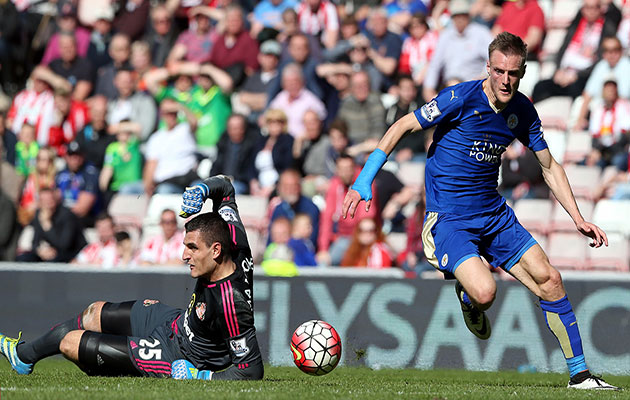 The miracle of Leicester City. Huge credit to the erstwhile Tinkerman, Claudio Ranieri, but great credit to the the club’s head of recruitment Steve Walsh who has brought so many key players to the club.

Ranieri, for his part, was the one responsible for expensively signing the Swiss international midfielder Gokhan Inler, but it didn’t work. Indeed, when Leicester, early in the season were a couple of goals down at half time away to Stoke, Ranieri pulled off Inler, for whom the pace of the game had seemed too much, putting on Mark Albrighton, the winger so unwisely discarded by Aston Villa, alas a basket case nowadays, and moving N’Golo Kante an inspired signing inside.

Result: a 2-2 draw and of course there was so much more to come from the inspirational Riyad Mahrez: who may not have had one of his better games at Sunderland, but has been operating on that right flank to such dramatic purpose that he is fancied to be voted Player of the Season.

And of course there is the phenomenal Jamie Vardy, the very embodiment of the old Biblical adage: the stone that the builder rejected has become the head of the corner.

Vardy’s belated breakthrough is a glorious example to other players who seem to have fallen by the wayside. You do wonder why it has all taken so long, his boyhood rejection by his local club, Sheffield Wednesday – how they must be regretting it now – followed by all those bleak years outside the League. His searing pace, his dazzling opportunism, is a joy to watch, and there can be no doubt that he must figure up front in England’s European Championship attack.

I say up front because it is difficult to categorise him. Certainly he is wasted if he is condemned as he initially was by Roy Hodgson to the left wing. If Harry Kane is an automatic choice in attack, then England must surely eschew a formation with Kane alone in attack, fielding Vardy beside him with licence to roam across the whole front line.

Danny Drinkwater, now capped by England, was rejected by Manchester United who may well be regretting it now, as Louis Van Gaal plays ducks and drakes with his formation.

At Tottenham, where United went down with such a bang; Van Gaal’s selection seemed wantonly perverse with a plethora of players fielded out of position. After which he had the fatuity to claim that Manchester United were a far greater club than their conquerors Tottenham. In terms of historic record and achievement, especially under Matt Busby and Alex Ferguson, no doubt they are, but what has that got to do with anything on the day.

Incidentally, I do wonder whether those monoglot commentators on radio and television get round to calling him as he should be ‘Van Harl’ rather than Van Gaal. When they seem to have no such trouble with calling the United keeper De Gea ‘De Hea’. Yet even Gary Lineker, a fluent speaker of Spanish, which he took great pains to study when playing for Barcelona, is a surprisingly guilty party.

Recently interviewed at length in a national broadsheet, he wasn’t asked about his Spanish experience under Johan Cruyff at Barcelona, which wasn’t wholly positive, nor about the son who failed his exams at Charterhouse, often headed for West End nightclubs, with Gary publicly blaming the school – where I went myself – for his problems. No reference either to the second son who inspired Charterhouse to victory in a public schools Cup Final against Eton (what’s happened to him?).

Instead, at the end of the interview, a lot of fatuously irrelevant questions about Gary’s BBC salary; would he take less to help the Beeb in financial trouble? Why ever should he? In any case, were he playing today he’d be making far more than the million quid or so he gets from the Beeb. 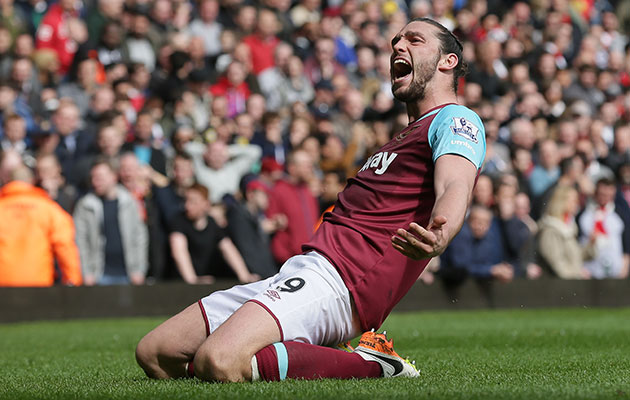 Plan B…Andy Carroll could provide an option for Roy Hodgson as an impact sub.

Talking of centre forwards, there are calls now for Andy Carroll, on the basis of his recent hat-trick against Arsenal, to be recalled by England for the coming European tournament. It would, I think, make sense if Carroll were to be deployed as a late ‘impact’ player though his need for high crosses and relative mediocrity on the ground, make him something of a one trick pony. By contrast, with such great headers of a ball as John Charles and long ago, Tommy Lawton. But then there is the persisting problem of Carroll’s liability to injury.

Arsenal at Upton Park, alas, so soon to be abandoned, just couldn’t deal with him at all. Koscielny had struggled against him in the past though he did score a crucial goal himself. No wonder Arsene Wenger lamented their problems. But in that case why did he not field Per Mertersacker, who may not be the most mobile of centre backs but is a towering figure in the air?

Meanwhile, at least the greatly gifted Jack Wilshere, whatever his adventures by night off the field, is at last in action again at The Emirates. Roy Hodgson is absolutely right to want to take him to France. He’s far and away the best English passer of a ball and memorably scored those two vital goals against Slovenia last May. Though I’d always prefer to see him in midfield rather than used as a kind of sweeper.