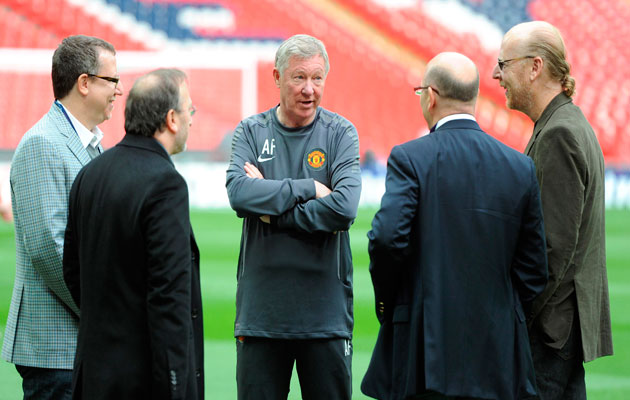 It is ten years since the Glazer family of Florida bought Manchester United, and with astonishing dexterity managed to dump their whole debt with its colossal interest on to the club itself. There was nothing illegal about it. They simply knew how it could be done and did it. One had the impression that at Old Trafford, certain people must have been asleep at the wheel.

Manchester United’s supporters reacted with predictable fury, but there was nothing they could do about it, alas. Needless to say the Glazers have no real or reported interest in football itself. What interests them is money. In the event, Sir Alex Ferguson, inspiration and adulated figurehead of the club, found a modus vivendi with them.

But how bad for United have they really been? I am hardly an admirer or defender. I wish their takeover had never happened. But when I learn that United this summer are preparing to spend £150 million on new players, I cannot help but wonder how much actual harm the Glazers have done the club.

I also question the apparent belief among their supporters and others that a great tradition has been betrayed. For many years the chairman of the club, who worked harmoniously with its post-war saviour and inspiration, Sir Matt Busby, was the large, somewhat incommunicative butcher, Louis Edwards. 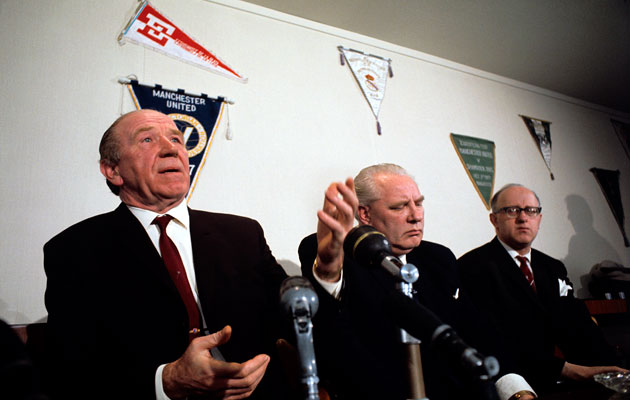 Late on in his chairmanship, investigations revealed that he had an arrangement with the man who bought meat for the local schools at the city council to supply inferior stuff in exchange for which he would send the corrupt official £100 of free meat every week. When this became known, the police began to close in, but Edwards died in his bath before he could be prosecuted.

The investigators also disclosed that when he was campaigning to become chairman, his emissaries did the rounds of elderly ladies to relieve them of the electoral votes they held.

He was succeeded by his son Martin who managed to make himself the chief executive, meaning that with a change in the rules he could be paid, and what with that and a reported large shareholding, he became very rich indeed, despite being seen as someone with a poor academic background.

The fans didn’t like him either, but they and the club owe him the recognition that he insisted on keeping Sir Alex Ferguson in managerial charge, after an unsuccessful start to his career following his arrival from Aberdeen – where had performed small wonders. Not least a remarkable victory in the old European Cup Winners Cup, when mighty Real Madrid were beaten in the final. When he proceeded to win that trophy with Manchester United, He was solidly established for the halcyon years to come.

Yet even under Ferguson’s tutelage, there have been a few odd episodes. One thinks especially of the curious case of Tim Howard, the American international goalkeeper. He had excelled for the USA in France at the Confederations Cup tournament. United wanted to sign him, but the unimaginative laws of the game at that time insisted on a player making 75% of his country’s international appearances over the course of a year or so. Howard hadn’t made them for the simple fact that two older, gifted goalkeepers had stood in his way.

In the end United’s appeal to the relevant committee of the Department of Employment sanctioned the transfer. My own newspaper the Sunday Times subsequently disclosed that United had paid a large sum of money to an obscure Italo-Swiss agent for his alleged part in obtaining permission. But he in turn had passed most of that money on to an English agent based in Monaco, who in turn had transferred it to Jason Ferguson, Ferguson’s son, who ran the so-called Elite Sports agency.

It just so happened that I was then a very frequent member of the small appeals committee which used to meet monthly at lunch time in a Mayfair hotel: where no agent could come anywhere near us. It became known too that Ferguson was in the habit of persuading new, young players to leave any agent they might have and join Elite.

Go back to Busby’s days, and United like Chelsea at the time were notorious for acquiring young players who might have been expected to join other local clubs.

Bobby Charlton was one of them. It’s been denied, not least by brother Jackie but I’m convinced it is true because I was told about it by the Charlton’s close relative and Newcastle United hero Jackie Milburn. Bobby, from nearby Ashington, he said, was due to join the Magpies and to be given a job in Kemsley House, publisher of the main local newspaper, when suddenly it became known he had joined Manchester United. Jackie said that Cissie, Bobby’s mother had told him apologetically that they had to accept an offer of £750, which was a lot of money then, especially to a far from wealthy working class family.