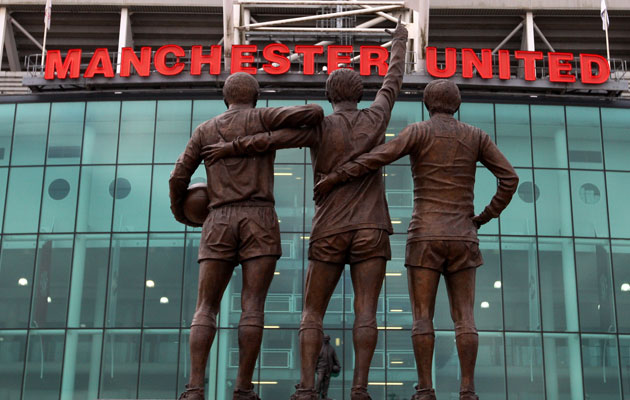 The sacking of David Moyes as Manchester United manager has elicited contrasting views. It may well have seemed inevitable after a run of abysmal results, concluding so ironically with heavy defeat at Everton where for ten years he thrived; but the cold, impersonal way it was done has raised many a voice in sympathy.

Among them that of Wilf McGuinness who in 1969, after sturdy service as a tough little Busby Babe left half, was suddenly promoted with no managerial experience to follow the mighty Matt Busby in office. Busby hardly making things easier for him by continuing to inhabit his managerial office, which was opposite that of McGuinness.

Things were never likely to go well and nor did they. McGuinness floundered, lost his job, eventually poor soul went bald.

He also points out that Ferguson initially had a hard time of it when he joined United from Aberdeen. True enough. Ferguson’s position looked shaky until he managed to win the European Cup Winners’ Cup Final, and he was protected by the then chief figure at United Martin Edwards, son of the deeply controversial meat millionaire Louis, who sold inferior meat to schools’ suppliers.

Martin has never been a favourite of United fans, he undoubtedly made plenty of money out of the club though reportedly he was swindled out of a lot of it. He also, after leaving United, was involved in certain embarrassing episodes. But he saved Ferguson and United should still acknowledge that.

I still believe that Ferguson whether consciously or not wanted Moyes as his successor because he was reluctant to be overshadowed, in all his undoubted eminence, by a manager of salient stature. A Mourinho, perhaps.

Moyes was never what the Americans call a winner. At Everton he won nothing; what he succeeded impressively in doing was to keep the ship afloat. To maintain Everton’s solid if unspectacular place in the Greed Is God League with limited money, but much resourcefulness. He acquired and developed young players with considerable skill, and his activity in the transfer market was intelligent and original.

At Old Trafford however he would inevitably find ‘Great Expectations’. Survival was something taken casually for granted. Nor did his hands on training methods endear him reportedly to his squad; Ferguson, though always the pre-eminent figure, kept his distance.

Moyes moreover was surely mistaken in ridding the club of three senior coaches, two dismissed, the third resigning – and briefly managing Fulham – when he felt his position no longer solid.

As for the transfer market, it was perhaps hardly Moyes’ fault that he couldn’t get the players he wanted though to shell out in seeming desperation a huge fee for his former Everton player the towering Fellaini, he of the occasional elbow, proved a disastrous acquisition.

Nor does one find it convincing to exonerate a wretched run of results on the grounds that this, though it had won the previous Premiership with a massive 11 points to spare, was a disintegrating team, which Ferguson had abandoned just in time. Teams as successful as that don’t fall apart so fast.

Had Moyes, by the time he was dismissed, “lost the dressing room”? The word has been that he did and certainly there were such as Rio Ferdinand, whom he sidelined but who made an impressive return under Ryan Giggs against Norwich, and Danny Welbeck, who as a regular England striker had every reason to feel aggrieved at being omitted.

Though he did, somewhat unsurprisingly have the support of Wayne Rooney, whom he years ago launched as a teenager at Everton; hardly surprising in that Rooney, who had been at odds with Ferguson was handed a massive £350,000 a week contract.

Giggs as manager? Certainly his appointment was welcomed to the players who know him and admire him, certainly he made a bright start, albeit against feeble Norwich, but to install him on a permanent basis would surely be a great gamble.

Louis Van Gaal wants the job and has all the relevant credentials, though his appointment would not provide the players with the cosy relationship they have with Giggs.

As for the Glazers, detested by the United fans but cheerfully accepted by Ferguson, after initial opposition, they know much about money, nothing about football, and have burdened the club with colossal debt; though it reportedly has declined from £600 million to a mere £350 million!

The former chief executive at Everton, Keith Wyness, has said, “The Glazers have sweated the assets of Manchester United like no other owner in English football has ever done.”

Hardly unusual that the Glazers were happy to see Moyes depart, when his failure could have cost them a fortune. Shares on Wall Street instantly improved. But nowadays, alas, that’s football.