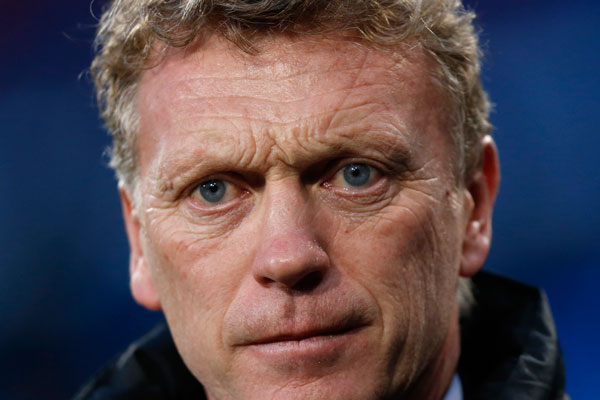 David Moyes has been sacked as manager of Manchester United after being ultimately overcome by the contents of the poisoned chalice he was handed last summer.

The outgoing Premier League champions used Twitter to confirm speculation which had been building since the bitter weekend defeat by 2-0 away to his old club, Everton. Wales veteran Ryan Giggs will take over as interim manager until the end of the season while Holland manager Louis Van Gaal was the bookmakers’ early favourite as a long-term successor.

BREAKING: The club would like to place on record its thanks for the hard work, honesty and integrity he brought to the role. (part 2 of 2)

Moyes had remained outwardly positive about his tenure at Old Trafford. The owning Glazer family had expected some slippage in his first season but not an avalanche which took the club out of the Champions League slots.

Last weekend’s 11th league defeat under Moyes ended their last faint hopes of achieving a top-four finish and wiped out the owners’ trust that Moyes was worthy of trust to handle a £100m-plus spending spree this coming summer.

Moyes was hand-picked by the retirement-bound Sir Alex Ferguson this time last year. He was cut from the same Glaswegian working-class stone as Ferguson and his appointment met little criticism, apart from a minority among fans and media who would have preferred Jose Mourinho.

However, Moyes was undermined from the outset by the circumstances under which he took the job.

Firstly, United were also allowing vastly experienced David Gill to retire as chief executive simultaneously. This saw the new manager leaning on a new boss in Ed Woodward – and Woodward, while hugely successful in signing new sponsors, was raw in terms of signing superstar footballers.

Secondly, top clubs plan their transfer strategy deep into the previous season. United could not start work until Moyes arrived on July 1. That was desperately late but Moyes, in any case, had no real insight into his squad and what he needed in terms of new blood.

Thirdly, buying Belgian Marouane Fellaini for an unnecessarily high fee and then, in January, Juan Mata, were both misjudgements, more to appease fan impatience. The wrong reason. That fuelled the Glazers’ unease about entrusting Moyes with a £150m budget this coming summer.

Moyes, having started under so many handicaps, did not help himself.

Firstly he replaced Ferguson’s entire backroom staff with his own men when at least one continuity figure on the training ground might have helped ease the transition for both himself and his players.

Then, once the season had begun, his perpetual chopping and changing of his line-up disturbed the dressing room and betrayed a lack of vision for the team as a whole.

An important concept, among players in the upper strata of English football, is known as: “Show us your medals.” It’s about respect; about players’ relationship with their manager and willingness to accept his orders.

Ferguson had a bank vault of medals. Moyes had none; he leaves with a Community Shield victory to his credit. That’s not so much a trophy, more a wooden spoon.