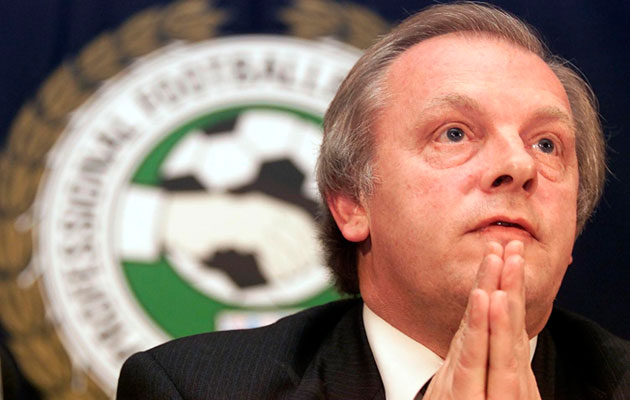 Whatever the rights, wrongs and moral implications of the squalid Ched Evans affair, there can be no excuse at all for the crass, confused, insensitive intervention by Gordon Taylor, chief executive – so richly rewarded – of the Professional Footballers’ Association.

Gordon is someone I have known, liked and respected for many years, which left me all the more astonished by his cack handed utterances, not merely tactless but utterly wrong headed. He tried to draw a comparison between Ched Evans imbroglio and the horrifying events of that day at Sheffield in 1989 when 96 unquestionably innocent Liverpool supporters were crushed cruelly to death.

In his ignorance, Taylor said, “He wouldn’t be the first person or persons to have been found guilty and maintain their innocence and then be proved right.

If we’re talking about things in football, we know what was alleged to have happened at Hillsborough and it’s now unravelling and we’re finding it was very different to how it was portrayed at the time, indeed by the police at the time.

A fatuity Taylor compounded when trying in his confused and clumsy way to put right. On radio, he said that he “admired the people involved? In exposing the full police distorted truth of the Hillsborough disaster,” adding, “Ched Evans is a totally different case but he has the same belief in his innocence.”

Really? Taylor appears to imply that the disgraceful libels in the Sun following the Sheffield disaster, accusing drunken Liverpool fans of robbing the dead and urinating on their bodies,” seemingly misinformed by a local news agency which had itself been lied to by the police, was generally believed.

For my own part, as football correspondent then of the Sunday Times, I never for a moment believed the vile travesty, nor did I know or meet anyone who did, inside or outside the football press.

What I did take on board – something which has been strangely neglected in the ensuing years – is the part played in the disaster initially by police error and ineptitude. A year earlier exactly the same teams Liverpool and Nottingham Forest had met in the equivalent semi final in the same stadium and though even then and even earlier, there had been doubts about its safety and suitability, a well conducted police operation had seen to it that there were no casualties.

But shortly before the 1989 game the officer then in charge had been sacked, accused it was said of being responsible for “horse play” among his officers. So fatally his job went to the inexperienced and inadequate David Duckenfield who simply panicked under pressure fatally decreeing the opening of a gate through which supporters poured.

The full infamy of the police cover up with its suppression of the salient, damning facts would not be known till so recently. But for Taylor so ineptly and crassly to imply that the Sun’s travesty of truth was generally accepted is nonsensical.

Meanwhile, what of Evans himself and the bitter conflict over his future? That he raped a helpless girl who had earlier been involved with a colleague was upheld both in criminal court and on appeal.

Evans, finally supported by his girlfriend’s wealthy father, has finally though reluctantly apologised to his victim but he is still professing his supposed innocence and is taking his case to the Criminal Cases Review Commission where his hope of success seems minimal. His hope being that the CCRC will allow his case to be referred to the Court of Appeal who have done so in only three per cent of 18,753 previous cases.

Having been initially hopeful of being taken back by his original club Sheffield United, then by Tranmere and ultimately Oldham Athletic – who bowed out under enormous pressure – Evans seems to have reached a dead end, though there are still those who believe that he, now out on licence having served half his five year sentence, deserved another chance. Of this opinion besides at least one major sports columnist is the Hull City manager Steve Bruce who mistakenly believe the case is “there for appeal.”

To give Bruce his due, he it was when manager some years ago of Birmingham City generously gave a second chance to the highly talented but erratic right winger Jermaine Pennant, who had been imprisoned after a drunken car crash. Pennant, now playing in India and once at Arsenal, Watford and Stoke, repaid him handsomely.

I was at St Andrews to watch him give a devastating display when Bruce justifiably said that he was literally unplayable.

But the two cases are hardly on all fours, and it is shocking to know that the female victim, her identity betrayed, has had to move home five times.

My own supposition is that Evans will ultimately be forced to play abroad, but he cannot do so till his full five-year sentence has been completed. In the meantime, he is caught between the devil and the deep blue sea, between the strident thousands of his critics, and the embattled ranks of his defenders.