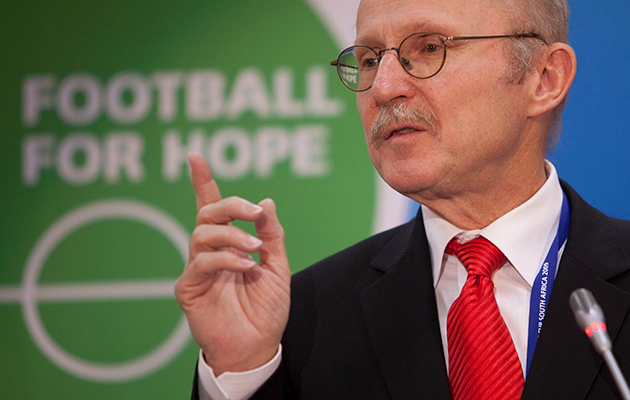 Willi Lemke believes that a positive outcome is possible from the scandal scarred process which led to the award of the 2022 World Cup finals to Qatar.

Lemke, who is now sports adviser to the United Nations secretary-general, was addressing an ethics forum in Zurich*.

The one-time Werder Bremen general manager was highly critical of the manner in which the hosting award was made by the executive committee of world football federation in December 2010.

He was shocked by reports that eight members of the exco had not even read the technical report of the competing bids and welcomed changes to enrtrust future hosting decisions to FIFA Congress. Lemke also thought the technical report should be made public for the sake of transparency.

Qatar’s staging had come in for heavy criticism over both the award process and the problems concerning the conditions of migrant workers in the Gulf state.

However Lemke thought that the worldwide reaction had shown sport and even the award in a positive light.

Lemke said: “We have seen the many problems concerning migrant workers. But we would never ever talk about migrant workers there if there had not been the decision to give this World Cup to Qatar. This is very positive.

“It is wonderful to see so many organisations pushing this and also the media are with us to bring about change for the very bad conditions for migrant workers in Qatar through this decision of the FIFA executive committee.”

This, Lemke suggested, “would show a little bit the beauty of sport.”

** The 2nd World Summit on Ethics and Leadership was organised by the World Forum for Ethics in Business in cooperation with the International Association for Human Values, Marti Communications and TLEX Ltd at FIFA headquarters in Zurich.