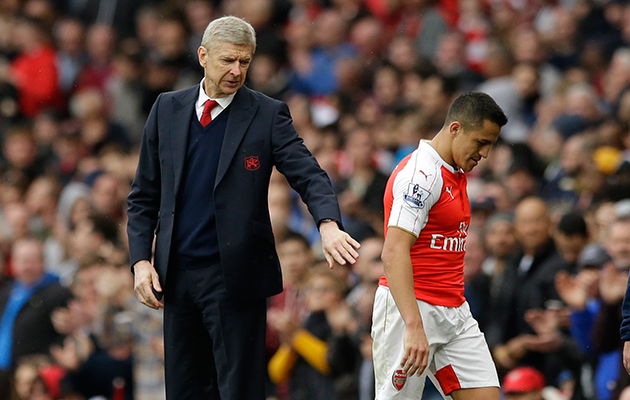 A plague on both your houses, you might say. Or if you prefer it, six of one and half a dozen of the other. Referring to the breach between Arsene Wenger and his star turn Alexis Sanchez.

In these last few days Sanchez has behaved intransigently, Wenger arguably incompetent. That the behaviour of the Chilean striker has been confrontational and divisive is beyond doubt. That Wenger has palpably lost his way tactically is also beyond doubt.

In the days before the recent debacle at Liverpool, it is plain that Sanchez had alienated himself from the rest of the team; of whom not least in the Bayern Munich 5-1 fiasco he had been sharply critical. When he marched petulantly off the field in a training session it was to the manifest displeasure of the rest of the squad. But for Wenger to leave him out of the subsequent initial line up several days later at Anfield was sheer self-harm.

Afterwards Wenger ineptly told us he had planned in that disastrous overplayed first half to use the long ball with massive kicks from hand by his goalkeeper Petr Cech. Arsenal! The long ball! A team which had been admired and criticised for years for its skilled, elaborate build up, questioned by some for its alleged self-defeating perfectionism. Now Wenger, ditching his all his well-known and admired tactical principles, was espousing the crude tactics which have disfigured much of English football for years. In a phrase he had tactically sold out.

It was only when at half time he came belatedly to his senses and took Sanchez off the bench that the tide turned, Sanchez showing excellent form and setting up a goal, though it was too late for the result to be affected.

The salient problem at arsenal, as I’ve stressed before, is that Wenger since the departure of David Dein, has reigned supreme, with a passive board and multimillionaire owner who knows a little about the game and has blindly given Wenger his support.

Sanchez it appears has made greedy demands to renew his contract which expires this summer. No doubt he will be on his way. And Mesut Ozil. He too will be out of contract but for all his skills, he has far too often this season been a peripheral figure, hardly worth what he is getting at the moment, let alone a raise.

It seems highly unlikely that the Gunners will command even their usual fourth sport in the Premier League, meaning no Champions League, and for all the money the club possesses, scant incentive for major players to commit to them.

Stan Kroenke, who has the bulk of the Arsenal shares, has been a supporter of Wenger, but has shown minimal influence and initiative. For weeks before it became public knowledge, I was aware that he was taking £3m a year out of the club for his supposed advice. What advice? I couldn’t publish the fact for fear of exposing my own Deep Throat within the club. It isn’t happening now, but why was it happening at all.

Sanchez now will almost certainly go at season’s end. Wenger should be gone too – a couple of years too late – but plainly the club is in turmoil. Wenger will no doubt find grateful employment elsewhere. To hear some of his public utterances of late you would almost think he was doing football a favour by struggling along under such pressure at a reported £6m a year.

Bleak prospects indeed at Arsenal. But Wenger will thrive. 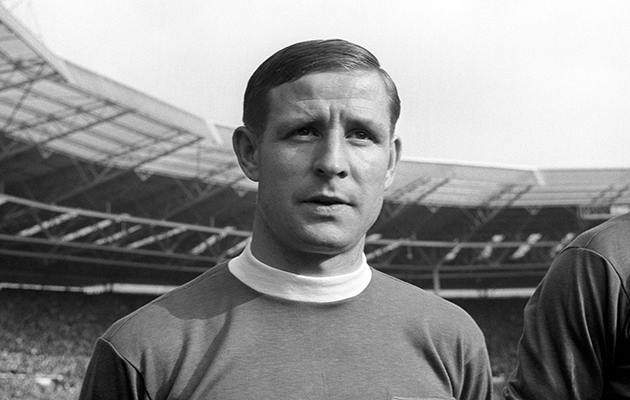 Raymond Kopa who died last week at the age of 85.

Sad to learn of the death of Raymond Kopa, though at the suitably ripe old age of 85.

Hard ever to forget his contrasting displays at the 1958 World Cup, when operating is a deep lying supremely constructive centre forward, he made all those goals for Just Fontaine.

The son of a Polish miner, real name Kopaczewski, he too went briefly down the mines but was hurt (fortunately as it turns out) in an accident which spared him from the pits, enabling him to flourish with Angers, as an outside right, converting to centre forward when he joined the successful Reims club.

He inspired their passage to the 1956 European Cup final against Real Madrid. Who promptly signed him, obliging him to defer to Alfredo Di Stefano and play on the right wing. Reverting in the 1958 World cup to his favoured deeper role, where he showed balance supreme control and lethal use of the ball.

With Real he won three successive European Cup finals until he returned to finish his career with Reims in 1959. He was capped 45 times by France.