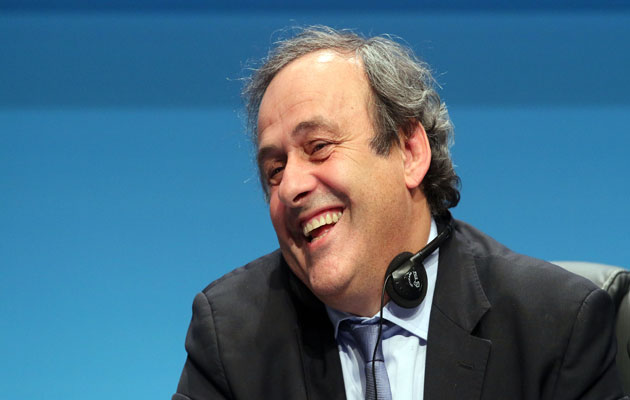 Michel Platini’s safety-first strategy could yet be rewarded in the race for the FIFA presidency he craves.

Election prospects for the one-time favourite appeared in tatters when the French head of European governing body UEFA was provisionally suspended for 90 days by the ethics committee a fortnight ago.

Platini was barred from all football activity pending an investigation into his acceptance of a ‘disloyal payment’ of SFr2m authorised from the world federation in 2011 by its president Sepp Blatter.

After a hearing by the ethics committee but before it had enacted the suspension Platini submitted his formal application to be a presidency candidate together with the necessary five nominations from national associations.

This may turn out to have been one of the wisest political moves of his career.

Domenico Scala, independent head of the FIFA audit and compliance committee and in charge of the electoral process, reported to the executive committee today on the technicalities of candidacies for which nominations close next Monday.

So far not only Platini but also Prince Ali of Jordan and ex-international David Nakhid from Trinidad and Tobago have submitted their paperwork. A declaration of intent is expected shortly from the Bahraini president of the Asian confederation, Sheikh Salman bin Ebrahim Al Khalifa.

Scala has indicated that, while Platini will not be considered a formal candidate during his suspension, his hopes could be resurrected were he to be cleared of wrongdoing before the election next February 26.

The exco also heard of likely proposals to be set before it in December for consideration to be recommended by congress on February.

The emergency meeting of the FIFA executive committee, chaired by interim president Issa Hayatou in the absence of suspended Sepp Blatter, heard the latest stage of reform work while also confirming that the election for a new leader will go ahead as scheduled next February 26.

Reform proposals include a 12-year maximum term limit for the president, an age limit of 74 for exco members and publication of executives’ salary are key recommendations from the FIFA reform committee.

Notable for its absence, however, was any suggestion for term limits for members of whatever the restyled exco might eventually be called. Clearly the confederations’ delegates on the reform committee had no intention of watering down the length, depth and breadth of their own governing bodies’ status.

In a further positive development the exco also approved an easing of the restrictions on what the ethics committee may, and may not, publish about ongoing investigations.

A final draft of reform proposals will go before the exco meeting of on December 2 and 3 which must draw up an agenda for the emergency elective congress.

The exco must decide then which proposals to recommend to congress. It would be a diplomatic and public relations disaster if any of those recommendations were not then to obtain the three-quarters majority essential for a change to FIFA statutes.