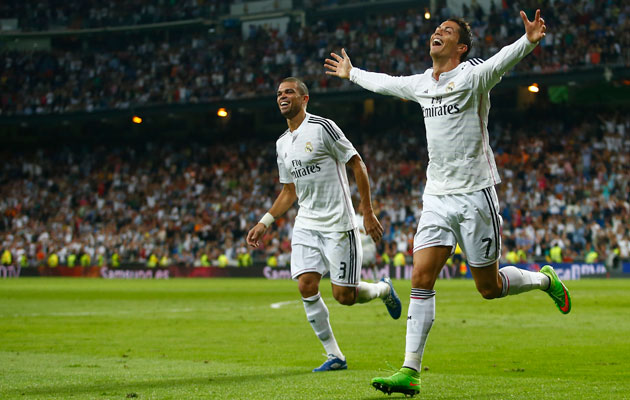 Cristiano Ronaldo stood and smiled while the cameras flashed and a few metres away his son, sitting in the front row, carefully counted to four on his fingers — the number of ESM Golden Shoes that stood on the table in front of him. No one has ever won more in the forty-eight years of the award and Ronaldo described this as unique, but he also declared that he wanted a fifth and maybe even a sixth during the presentation for the 2014-2015 award.

He may have the chance to get them, too. After the ceremony, held at the Palace Hotel in Madrid, Ronaldo spoke to ESM and not only did he insist that he had as much as “five or six” more years left at the highest level, he noted that a player who looks after himself can keep on going until he is forty. Amidst doubts over his immediate future, he also gave the clearest indication yet that he intends to continue at the Santiago Bernabéu next season.

“This is the best club in the world. I have a contract till I am thirty-three years old and I have said various times that it is my dream to finish here at Real,” Ronaldo said. “I feel useful, I feel good and I’m young enough.” 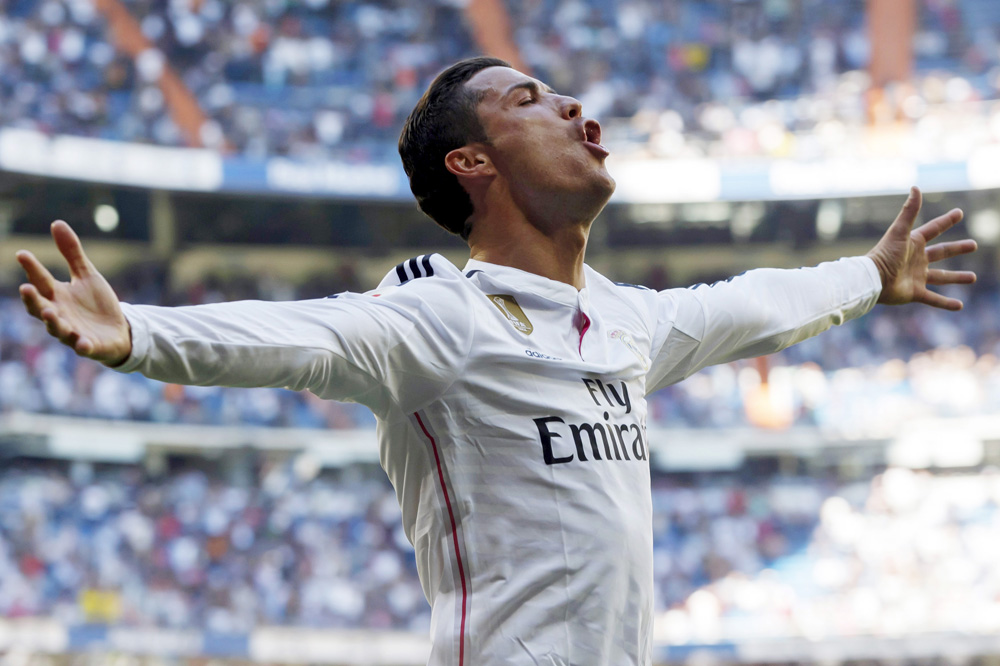 Ronaldo celebrates his fifth goal against Granada – one of the 48 league goals he scored last season.

So far, so standard? Not really. This felt like a significant remark in the context of recent comments — and, indeed, the lack of them. The last time Ronaldo was asked about his future on the night he became Real Madrid’s all-time top scorer, he said that he was happy but he also claimed that you never know what the future holds.

That night he ended a media silence that went back six months and ended up in a discussion with journalists during which he insisted that the reason that he had not spoken was that the questions had not been “intelligent”. When he speaks, Ronaldo is usually sincere, sometimes unexpectedly direct, and there appeared to be something significant in his refusal to give the easy answer, as well as his previous refusal to talk at all.

Far from having said various times that his dream was to retire at Madrid, there had been a growing sense that he may look elsewhere at the end of the season and while he still could do so of course. So this sounded far closer to a commitment than what had gone before.

A long-term commitment too, if Ronaldo’s own predictions anything to go by. His evolution into something closer to a pure finisher may help to prolong his career and few players look after themselves like he does. There was a recognition here that it is increasingly difficult to keep performing at the same level, and physically a shift is discernible over the last eighteen months, but there was also a determination to overcome those difficulties. The same determination that has defined his career; “voracious” barely does him justice.

“Motivation is what I am all about. I love what I do. I want to be the best, to take care of my body. That is the most difficult part, to keep the same level. You need passion and I have that. That’s a guarantee of more good years. I will keep this high level, year after year, if I keep working that way,” Ronaldo said.

“I want to win more, I still feel good. I am still young, thirty years old, so I think there are few more years left for me, five or six. I want to do things the right way, to keep my level up from the last few years. That is harder every year, but in my mind that is possible.”

“The truth is that I don’t feel any different [at 30] from when I was 25. I don’t notice a great difference. Lots of people think that players change at the age of 30, but I don’t have that idea. If you look after yourself, and if you do things the right way, you don’t change overnight, from one day to the next. You get older very slowly, not overnight. If you look after yourself and do the right things, you can keep going until you are 40.”

Evolution helps, but Ronaldo insisted that he has not consciously sought to alter his game, even though he recognised that he is not the same player now as he was when he first won the Golden Shoe while at Manchester United.

Asked if he had changed, he replied: “Yes, I am more a player who plays in the area now, not so much a winger as I was before. Goals are scored in the area, close to goal [and] my position has changed. I think my instinct for scoring goals has changed as well.

“Those are things you learn with time and experience and that has come to me naturally,” he added. “You can see the evolution in my game during my career, from when I started until now, and that’s good. It makes me happy.”

Ronaldo is Spain’s joint top scorer in La Liga this season, but his five league goals have come in just one game — against Espanyol. His four-game goalless run since that trip to Cornella is his longest in five years. But he insisted that he was satisfied, despite signs of frustration in recent weeks.

Given the games that Madrid are likely to play that would leave Ronaldo on something close to forty-five or fifty goals, and at least thirty in the league. Maybe even enough for number five.

“I would sign for that now with my eyes closed,” he insisted.