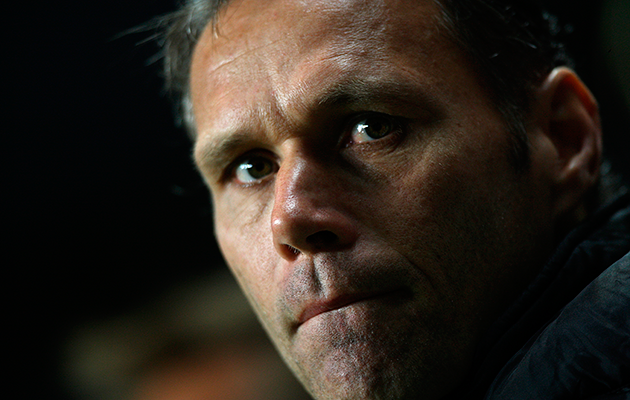 Van Basten, hero centre-forward with Holland, Ajax and Milan in the 1980s, has long been an advocate of turning football into a stop-start game and, since last autumn, has been handed the platform of director of technical development at world federation FIFA by president Gianni Infantino.

Two weeks ago he talked up scrapping offside, the introduction of sin bins, more substitutes, eight-second ‘shootouts’ instead of post-match penalties, splitting the game into four quarters and setting a cap on the number of matches footballers can play in a season.

The only ‘tricks’ he appeared to miss was the possibility of awarding extra points for kicking the ball over the bar and extra padding to prevent injuries.

The idea of four quarters (as per gridiron) was suggested by the then FIFA president Joao Havelange in the 1970s and 1980s as a means to guarantee ‘advertising slots’ in television coverage of football matches in the US. It was never taken up.

Early days of the North American Soccer League also saw the short-lived use of time-limit shootout duels between forward and goalkeeper to decide drawn matches as well as an ‘offside line’ to stretch out the game; this was scrapped after it was deemed to have encouraged negative rather than creative tactics. 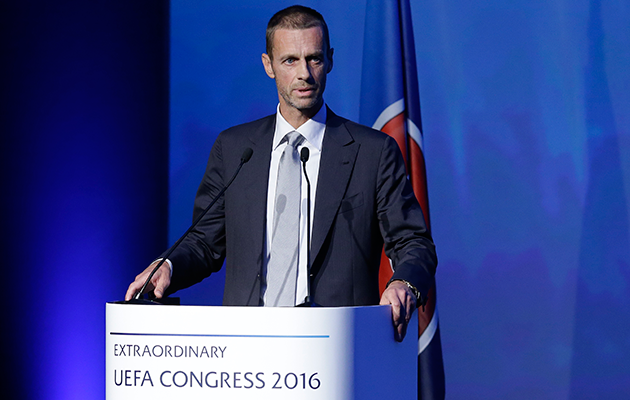 Ceferin was unimpressed and he talked with the double status of being not only UEFA president (since last September in succession to disgraced Michel Platini) but as president of FIFA’s competitions organising committee.

In an interview with German newspaper Die Welt, Ceferin said: ‘We don’t need to revolutionise the game; it’s fantastic as it is. Offside is an important part . . . Why should we change the most beautiful game in the world?

“Hearing all these suggestions, we can only hope that FIFA leaves us the ball. Or at least that the ball remains round.’

Ceferin dismissed the ideas of a shoot-out and sinbin as “jokes.”

On one set of changes within the game, the expansion of the World Cup to 48 teams from 2026, Ceferin and UEFA have had to give ground.

He said: ‘UEFA was the only confederation that didn’t want it, but we had no chance, so we’ve decided to fight for as many European slots as possible. The quality is currently in Europe and South America. We’re calling for at least 16 slots. That would be the worst-case scenario.

“We don’t want to be arrogant, but in terms of quality, revenues, etc., Europe is No1. We’re not just a continental confederation. You can’t simply outvote us every time. If that happens, there could be serious problems between FIFA and UEFA, but FIFA knows it.’

Ceferin described his surprise at the amount of work leadership of UEFA demanded.

He said: “I was naive and thought I could do the job part-time and come to the office two or three days a week. I wanted to continue working as a lawyer. It’s impossible.

“If you want to do it seriously, you have to be there. There are many challenges – new competitions, talks about the future of the Champions League, the relationship with the clubs, sponsors, broadcasters, structural reforms.

“There’s is so much work to do, it’s ridiculous.”