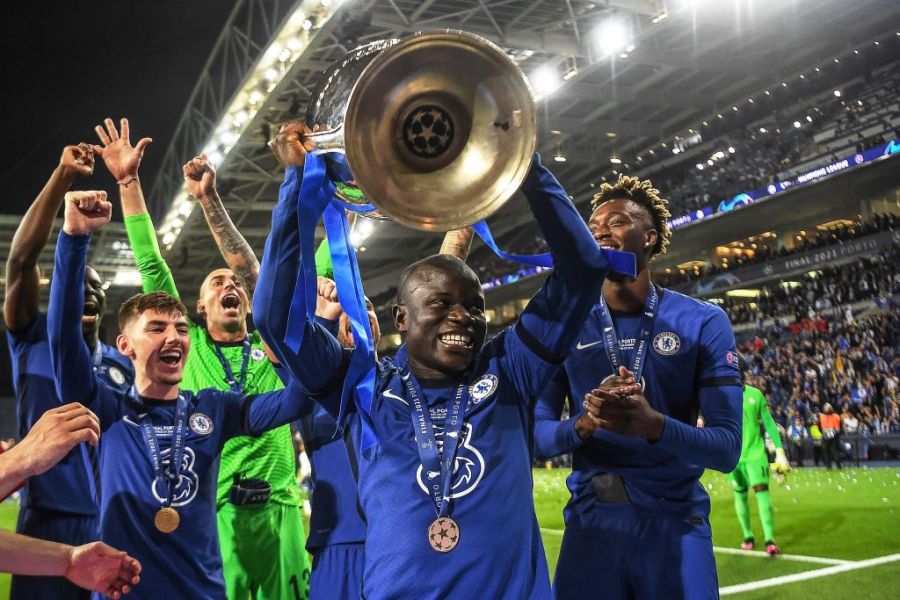 Each month we collate the votes from our colleagues in European Sports Media to determine the Team of the Month. Here’s the ESM XI for May 2021. 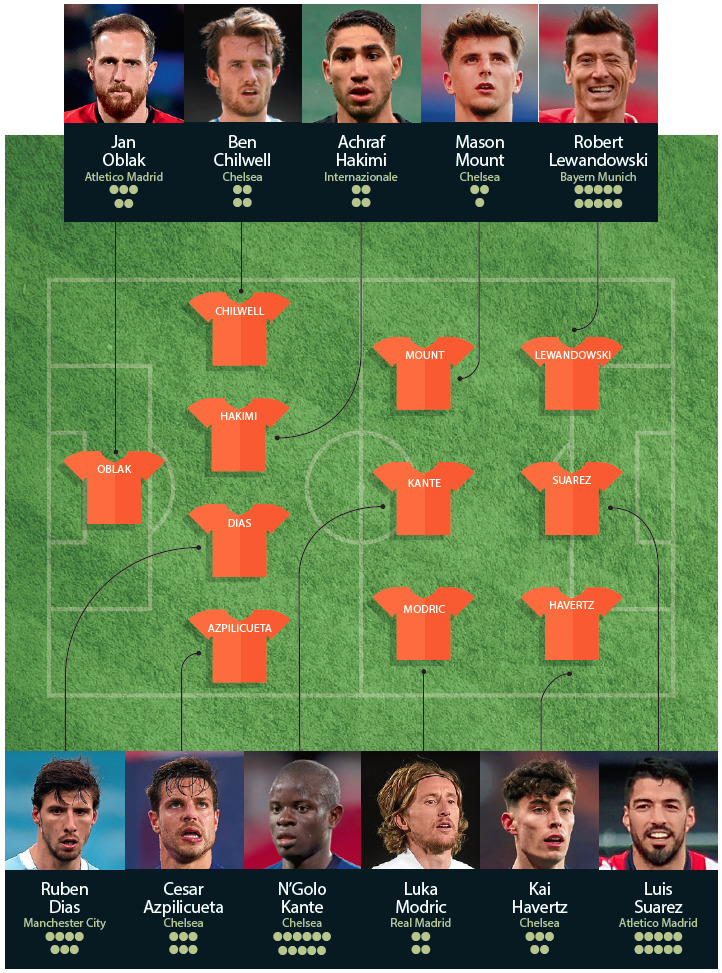 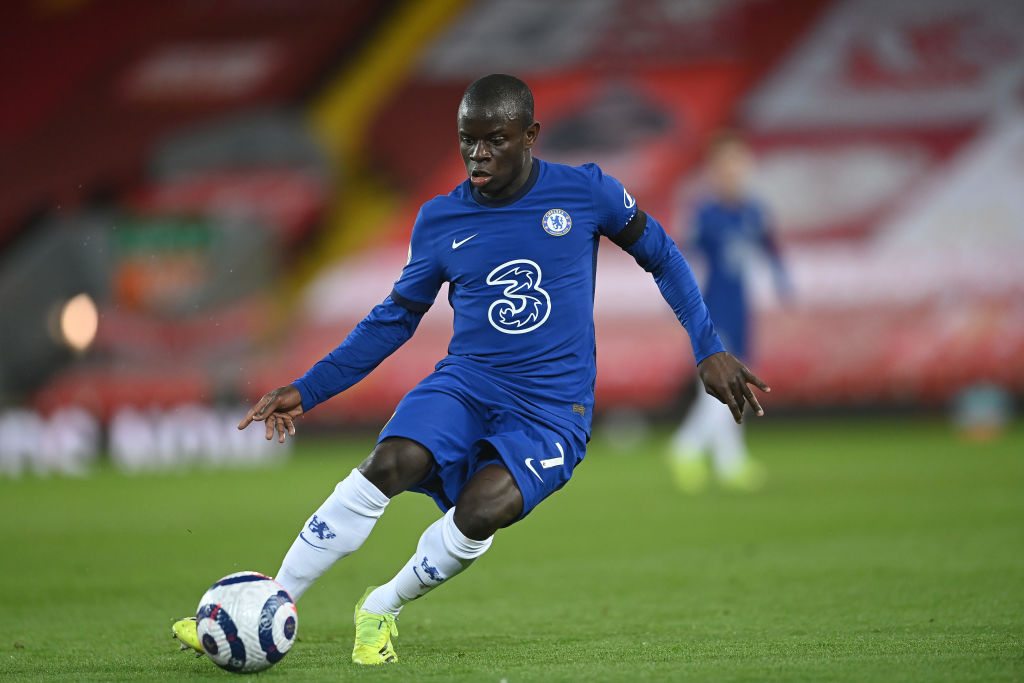 N’Golo Kante of Chelsea passes the ball during the Premier League match between Liverpool and Chelsea at Anfield on March 04, 2021 in Liverpool, England. 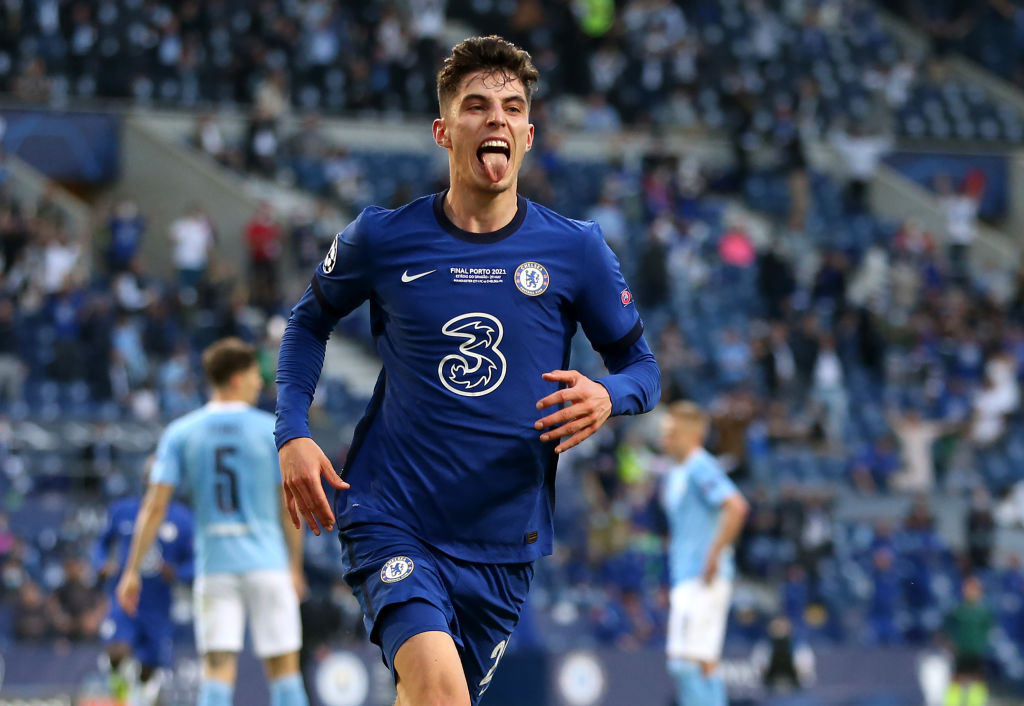 Kai Havertz of Chelsea celebrates after scoring their side’s first goal during the UEFA Champions League Final between Manchester City and Chelsea FC at Estadio do Dragao on May 29, 2021 in Porto, Portugal. (Photo by Jose Coelho – Pool/Getty Images)