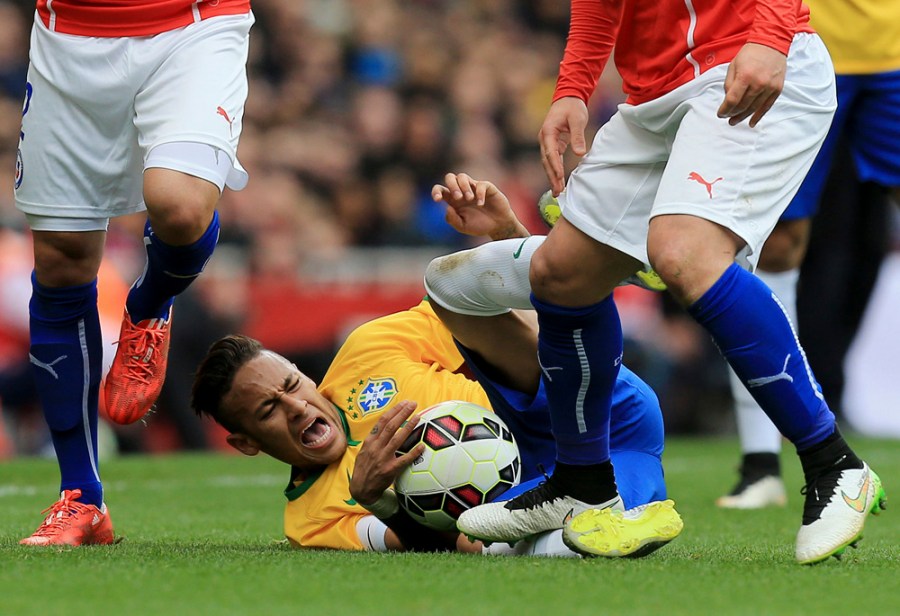 WORLD SOCCER readers, who read the fulminations of Tostao when Dunga was so surprisingly restored to the managership of the Brazilian national team, may now feel somewhat bewildered by recent results. Eight wins in a row, including the 2-0 conquest of Argentina in Beijing. A coruscating display in Paris against a French side which took the lead but were then outplayed by sheer good football. To be followed days later by a bruising encounter with Chile, whom the Brazilians had been so lucky to beat in the 2014 World Cup, when in the last minute of extra time they were saved by the width of the crossbar.

At the Emirates, it was a dour, ill-natured, fits and starts game punctuated by a plethora of fouls, leading some commentators to talk about the same old recent Brazil, implying the same old Dunga. Perhaps it would have been a very different affair had an over indulgent English referee sent off Chile’s Gary Medel for a shocking foul on Neymar; who would continue to be a target for a bruising opposition.

There was nothing friendly about this so-called friendly. Yet in Paris you saw a Brazilian team dedicated to pure, inventive football, admittedly a good deal stronger than the side Dunga put out in London. Oscar, who scored a fine goal on a crisp one-two late in the game, was impressive on the left but left out in London. His Chelsea colleague Willian, also in form, didn’t come on till late in the match in London, where Neymar was so shamefully from the first a target for the Chileans. No wonder we saw so much less of him in the second half.

Playing on his own turf, Alexis Sanchez at least displayed his array of skills for Chile and that late very wellworked goal which won Brazil the game may have been a piece of rough justice. But then as the Chileans know all too well after four World Cup defeats, the Brazilians appear to have the Indian sign on them.

Let us see what happens in Chile when it soon comes to the Copa America. Nothing one hopes like what happened when Chile met and maltreated the Italians – who admittedly retaliated, in Santiago, in 1962’s World Cup.

MUCH ado about Wayne Rooney marching on to overtake Bobby Charlton’s record as England’s highest goalscorer. All of which I find a bit unreal. As I do with Roy Hodgson’s belief that it is now more difficult than in the past to get goals for England. 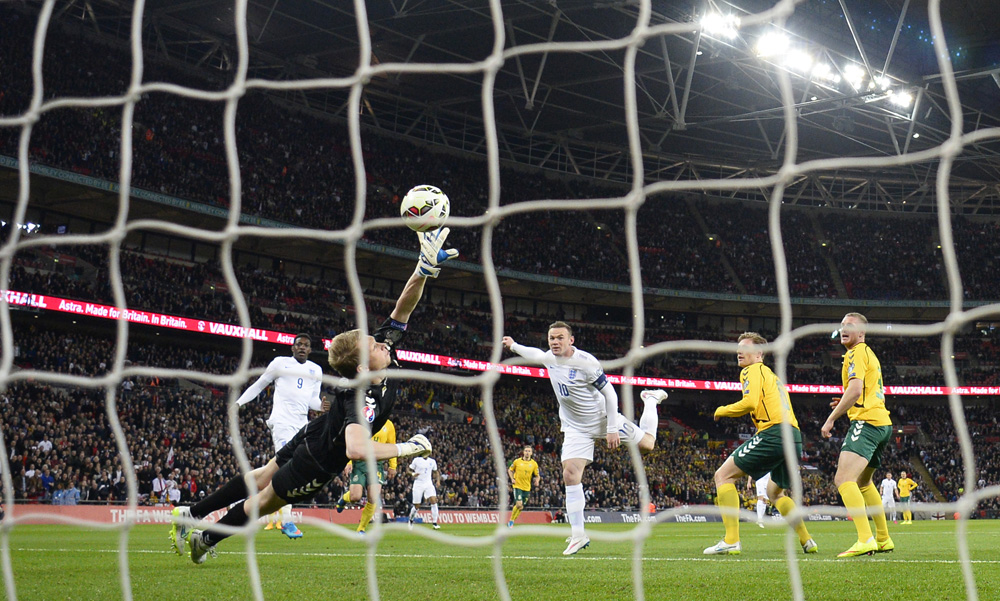 What? More difficult to score goals against the likes of Lithuania and Heaven help us Gibraltar, who actually have just given the Scots a scare and San Marino? The inclusion of this flock of lame ducks has diminished the prestige of major international competitions and you can add Andorra to that limp list.

San Marino however will ever figure in the memory for one sublimely farcical moment in Bologna; actually in the very first minute of England’s 1993 World Cup qualifier. Poor Stuart “Psycho” Pearce addressed a horribly inept back pass to his goalkeeper which never had a hope of getting there. Instead the San Marino centre forward swooped on the ball and ran on to give his team the lead. To the accompaniment of unrestrained paeans of laughter from a press box almost wholly inhabited by English journalists. True England proceeded to reply with seven goals of their own but who can remember any of them?

It seems to me that there are goals… and goals, according to the tournaments on which the most significant of them are scored. Thus, if Wayne Rooney, as seems inevitable, overhauls Bobby Charlton to establish a new record, it will be no more than a statistical matter. For of Bobby’s 49 goals in 106 games, two were scored in a World Cup semi-final at Wembley versus Portugal; and previously versus Mexico he had struck a marvellous goal from well out on the right, thus responding dramatically to the pleading chorus from the crowd of, “Give us a goal!”

Rooney, of course, does score impressive goals with his head while Bobby seldom did, though one remembers for its rarity the back header which brought him one at Wembley in the 1968 European Cup final against Benfica.

And what of Gary Lineker? His haul of 48 goals in 80 games might have been even better had Graham Taylor not so bizarrely pulled him off the field in Stockholm, where England lost a European Championship game to Sweden. Lineker, after all, was top scorer in the 1986 World Cup with half a dozen goals.

Rooney’s record in three World Cups, including a sending-off against Portugal in Germany in 2006, has been meagre. His one coruscating tournament has been the European Championship finals in 2004 where the Portuguese kicked him out of the game in Lisbon, winning on penalties in a competition which England with Rooney on board could probably have won. To be remembered too, albeit in a friendly, are Lineker’s four goals against Spain in Madrid, in 1987.