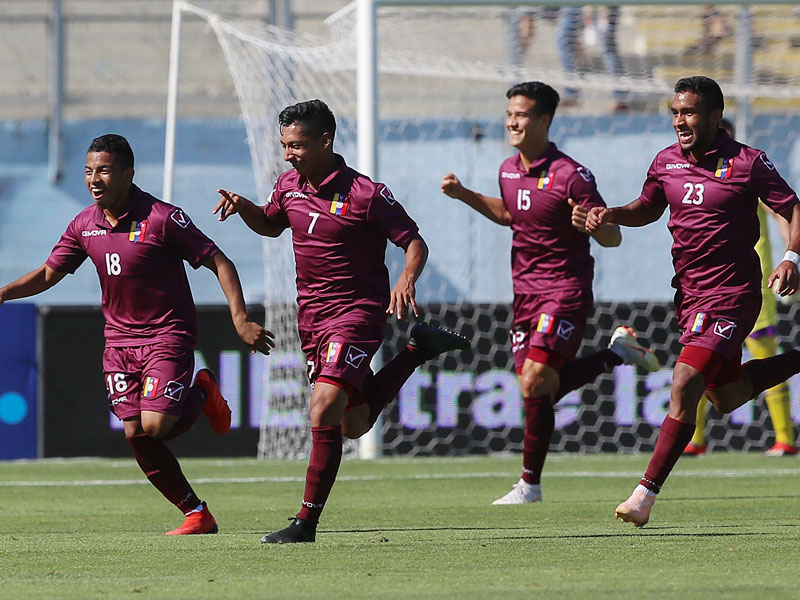 In the two years since the Copa Libertadores switched to a year long format, only teams from Brazil and Argentina have reached the semi finals. The longer competition has favoured the clubs with more financial resources.

But national team football in South America has followed the opposite dynamic. The key date was 1996, when the current marathon format of World Cup qualification was introduced. It gave the lesser nations the type of calendar that European countries take for granted – regular competitive games, guaranteed income, the chance to build a side, hire better coaches, and invest in structure.

The results are impressive. Ecuador made their World Cup debut in 2002, and reached the second round four years later. Paraguay reached the quarter finals for the first time in 2010 – as did Colombia four years later. These were the best World Cups in the history of Chile, with the exception of 1962, which they hosted. And on their return to the competition after an interval of 36 years, Peru were competitive last year in Russia.

And that same dynamic – the strengthening of the traditionally weak – has been on show in the group phase of the South American Under-20 Championship, currently taking place in Chile.

The two group winners – the top scorers in the competition and the only teams to win three of their four group games – were Ecuador and Venezuela.

The Under-20s in South America are a key gateway to the senior side. The reality of the continent’s club football is that the most promising players will soon be siphoned away – and with a group of players spread all over the planet, it is difficult to have a coherent criteria for national team selection. Those who have done well at Under-20 level have a head-start. Indeed, Venezuela’s hopes of making their World Cup debut in 2022 are largely based on their 2017 Under-20 generation – who qualified for the World Cup at the level and made it all the way to the final, where they missed a penalty in losing 1-0 to England.

The current side are not quite as impressive, but may also end up producing a few graduates for the senior ranks.

Ecuador, meanwhile, have been the most eye-catching team in the tournament so far, with a front four full of thrust and inspiration. The eight goals they scored in the group phase was three more than anyone else managed.  Can they keep it going in the decisive second stage? Argentina, Brazil, Colombia, Uruguay and Venezuela will not provide easy opposition. Most have defended well, in a tournament notable for the quality of its centre backs. At stake are four places in this year’s Under-20 World Cup, taking place in Poland this May. But whatever happens over the next few days, Ecuador appear to have unearthed an interesting crop of attacking talent.

The tournament also highlighted one of the most offensive expressions that can be used on a South American field. There is a familiar – but incendiary taunt sometimes used by a player from one of the continent’s richer nations against an opponent from one of the poorer countries. It translates as “dying of hunger” or “starving to death.”

In a part of the world where hunger remains a reality, and retains a powerful force as a folk memory, this phrase can spark a diplomatic incident – and did so in the game between Chile and Venezuela. Chilean centre back Nico Diaz aimed the expression at opposing right back Pablo Bonilla. It was picked up by the TV cameras and sparked outrage. Venezuela protested, and Diaz responded by publishing an open letter offering his apology.