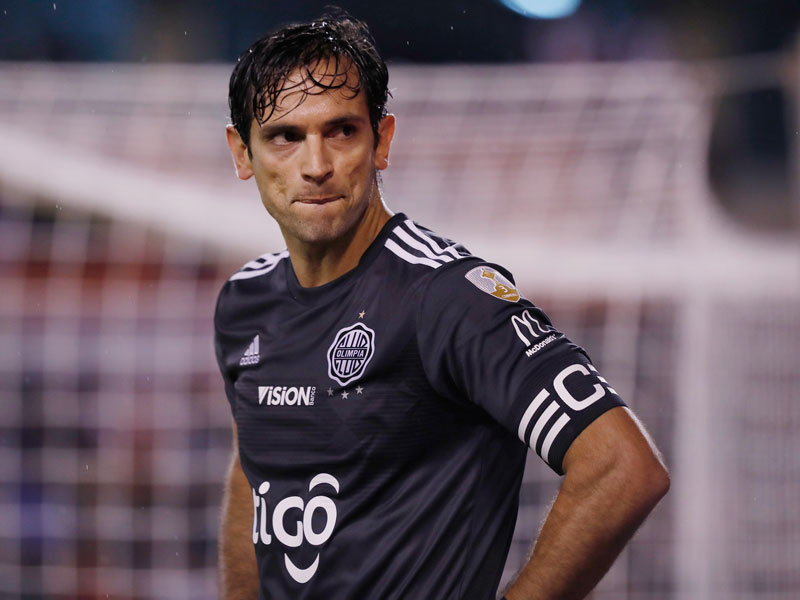 It is more than 20 years since Bayern Munich went to Paraguay and bought striker Roque Santa Cruz from Olimpia. He was just about to turn 18, and, dubbed ‘Baby Goal,’ he was already leading the attack for the Paraguayan national team. Bayern had picked up a genuine world class talent, a player they believed would soon be rated among the best on the planet.

There is only one reason that it failed to happen – injuries. His beanpole frame could not consistently stand up to the rigours of the game at the highest level. Frequent breakdowns made it hard for him to build momentum. Santa Cruz scored more than 50 goals for his German club. But they were eked out over the course of eight years. His European career was full of ups and downs – good times at Blackburn Rovers, for example followed by a disappointing spell at Manchester City. He played for Betis and Malaga in Spain, and even had a brief affair with Cruz Azul in Mexico before heading back home to Olimpia in 2016. But he did not return to sit in front of the fire in his carpet slippers. He was not interested in gently running down his career. There was still fire in the eyes. At the age of 38, Roque Santa Cruz remains a class act.

The Paraguayan season is split into two separate championships. Olimpia ran away with the first one this year, clinching the Apertura with an 11 point lead. And the second one, the Clausura, is all but in the bag. There are two rounds to go. Olimpia have a six point lead over their nearest rivals Libertad, and a huge advantage in goal difference. Getting their hands on the trophy should be a mere formality – and they will owe much of their triumph to the goal scoring exploits of their veteran centre forward.

Santa Cruz was joint top scorer in the Apertura with 11 goals. He is out front on his own in the Clausura with 12 – and many have come in a late flurry when Olimpia might have been looking nervously over their shoulder.

On Sunday they went behind away to Sportivo San Lorenzo. Santa Cruz got them level before the break and wrapped up a hat trick in the second half in his team’s 4-1 win. The previous week he scored the only goal of a tight encounter against Capiata. And the week before came Paraguay’s big derby, the historic clash between Olimpia and Cerro Porteno.

Twice Cerro were in the lead. But Olimpia came through 4-2, and Santa Cruz scored all four. He gave a wonderful example of the centre forward’s art. For the first he rounded off a counter attack with a right footed finish. The second was headed home from a corner. For the third he followed a sharp piece of movement with a left footed shot hooked into the far corner. And he began the move for the fourth with a back to goal ball played into the channel, then moving forward in support to drill home right footed.

This, then, has been a sequence of goals underlining both the technical all round virtues of his game, and the temperament to make his mark at key moments.

It is well worth wondering what Roque Santa Cruz might have achieved in the game had his body proved more resilient. But at least his home town crowd are in no doubt about his quality. They saw him emerge as a 17 year old, scoring a hat trick of headers Velez Sarsfield of Argentina, with the great Jose Luis Chilavert in goal, back in 1998. ‘Baby Goal’ is now more like ‘Grand Dad Goal.’  But more than two decades later, he is still giving a weekly masterclass.