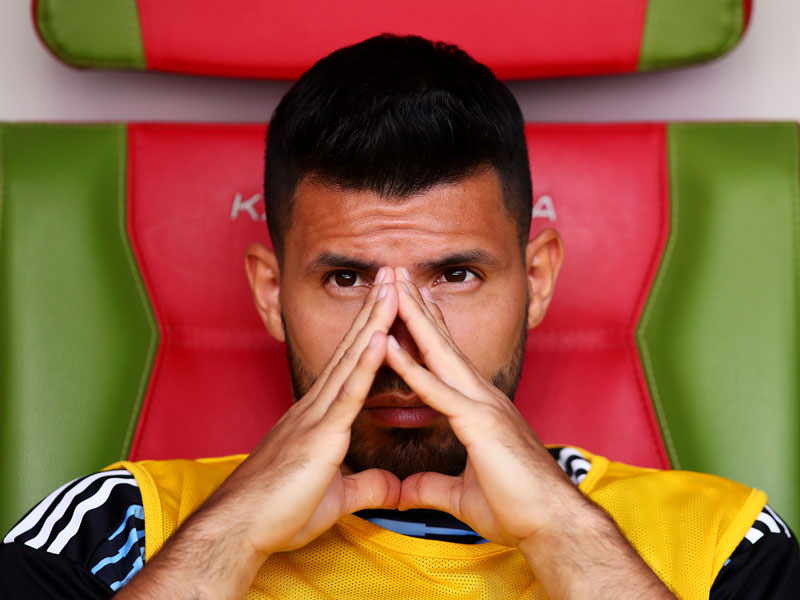 Sergio Aguero was not called upon during Saturday’s FA Cup Final – but he has been recalled by his country. Or at least named in a provisional 40 man squad for next month’s Copa America in Brazil, which will be whittled down to 23 by the end of the month.

The Manchester City centre forward has not featured in any of the previous squads named by caretaker coach Lionel Scaloni. The absence has been controversial.  Aguero probably emerged better than any of his team-mates from last year’s disastrous World Cup campaign, and he has been in the form of his life over the course of the season.

So why has he not been included? It is an issue that has put Scaloni on the defensive. There has been much talk of the need for a generational change, and understandably so; Argentina took an old squad to Russia last year, and Aguero is about to turn 31. The coach has also said that Aguero did not need to be tested in friendlies. But Angel Di Maria is a few months older and surely in a similar position, and he was named in the squad for the friendlies in March.

The gossip around the Argentina camp has been pointing in a different direction. Argentina would obviously love to continue with the services of Lionel Messi.  Ever since they roomed together during the 2005 World Under-20 Cup, Messi and Aguero have been firm friends. And there is apparently a theory that Messi’s bond with Aguero restricts his communication with some of the rest of the squad.

Messi returned to international duty for the 3-1 defeat to Venezuela in Madrid some two months ago. Aguero, of course, was not there. Gonzalo Higuain has now gone. The first choice centre forward since the World Cup has usually been Mauro Icardi of Inter Milan, who finally managed his first international goal against Mexico last November. Icardi, though, has gone through a difficult few months, falling out with his club. He is named in the 40, but was left out of the squad in March, when the line was led by his young club-mate Lautaro Martinez.

The long term future of this position with the national team could well rest with Martinez. But what of the short term? Moreover, what of Messi’s future? Returning in March was a sign that the Barcelona genius is willing to embark on a last cycle in the quest to win a senior international title. The story will surely end in late 2022 with the Qatar World Cup. There is a chance of glory on home ground next year when Argentina, together with Colombia, stage the 2020 Copa America. And then there is next month’s Copa in Brazil.

On the one hand, it might make sense to miss this year’s tournament and keep the gas in the tank for the future. On the other, time and chances are running out.  And so if Messi is going to play in this year’s Copa, and his inclusion in the squad of 40 suggests that he will, then he will want to do it right.

Just after the March FIFA dates, Messi gave an interview where he named five players who, in his view, were among the best in the world. Among them was Sergio Aguero.

The message to Lionel Scaloni could hardly have been clearer. He wants Aguero in the team. And so, for the first time since the World Cup, Aguero has been named. The squad of 40, though, will have to be cut down to 23. It is hard to see how Scaloni will be able to accommodate Aguero, Icardi and Lautaro Martinez in his final list- and it will be fascinating indeed to see which one of them misses out.