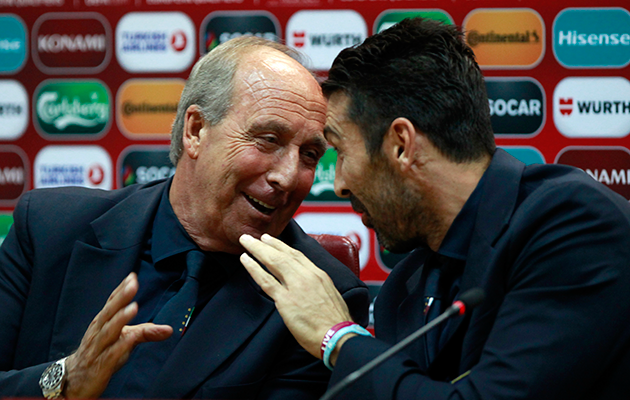 All roads lead to Spain next September, at least as far as Italy’s World Cup qualification is concerned. This was always going to be a Group dominated by the two great southern European powers, Italy and Spain, and so it has proved.

Last Friday’s round of matches, which saw Italy beat Albania 2-0 and Spain beat Israel 4-1 in home games, merely underlined the continuing domination of Group G by these pair. At the halfway point in the qualification process, both sides have identical records, having won four and drawn one, against each other in Turin last October.

It hardly takes Einstein to conclude that, barring a monstrous upset, the fate of this group will be decided next September when the two sides meet in the return game in Spain (precise location not yet established). In truth, it is hard to make a case for any one of the other four teams, namely Israel, Albania, Macedonia and Liechtenstein, picking up even a single point from the big two.

With both sides on 13 points each, Spain are clearly in the driving seat because of their superior goal difference, plus 17 as opposed to plus nine. Which means that if Italy want to win the group, they will have to pull off their first away victory against Spain since 1949. No small ask.

The last time that Italy found themselves in a qualifying play-off came in 1997 when, thanks to England, they were forced them into a do or die tie against Russia to make it through to the France ’98 World Cup. Italy went through 2-1 on aggregate in a tie memorable for the international debut of promising 19-year-old goalkeeper Gigi Buffon on a snowy October night in Moscow.

The importance of that potentially all-decisive clash with Spain on September 2nd next has already prompted speculation that Football Federation President Carlo Tavecchio will attempt to persuade Italy’s biggest clubs to accept the idea of an early seasonal start, on August 12th and 13th. Historically, Italian teams struggle in September qualifiers, primarily because Serie A often starts on the last weekend of August or the first weekend of September, leaving the national team at a fitness disadvantage.

Even if some of the players last weekend suggested that it would be no problem to make this “sacrifice” for the national team cause, it seems unlikely that the country’s biggest clubs will want to start the already long season in the high heat of mid-August. As of now, all of that remains to be resolved.

In the meantime, a new look Italy lines up against The Netherlands in an intriguing Tuesday night friendly in Amsterdam. Obviously, the two sides come into this game in radically different frames of mind. The Italians, boosted by their solid progress in their Group alongside Spain, will use this friendly to offer an international outing to younger players such as 19-year-old Milan goalkeeper Gianluigi Donnaruma, 22-year-old Juventus defender Daniele Rugani, 22-year-old Milan defender Alessio Romagnoli and 24-year-old Torino defender Davide Zappacosta.

Of the above quartet, only Zappacosta played against Albania on Friday whilst the other three are clearly players for the future. Apart from the above named, Giampiero Ventura’s Italy will feature plenty of experienced faces in the persons of such as Daniele De Rossi (AS Roma) and Marco Verratti (PSG) in midfield with Lorenzo Insigne (Napoli), Brazilian Eder (Inter) and Ciro Immobile (Torino) up front.

In contrast to Italy, The Netherlands come into this game at a difficult moment, following their 2-0 loss to Bulgaria in last weekend’s WC qualifier. That loss leaves them in fourth place in Group A, six points behind leaders France and three points behind second-placed Sweden. Are the Dutch headed for a second consecutive failure to qualify for a major tournament, having missed out on Euro 2016 in France last summer?

Not only is the Dutch moment difficult but it is also typically stormy. Coach Danny Blind has been sacked and will be replaced on Tuesday night by his No. 2 Fred Grim, a man whose very name sums up his current position. In the meantime, Roma’s Dutch midfielder Kevin Strootman has tried to stimulate his team mates, commenting on Sunday:

“It is not Blind’s fault, we also played good games with him. We should be ashamed of ourselves, we got our first shot in on goal just before half time. We’ve just go to shut up and accept all the criticism coming our way…” 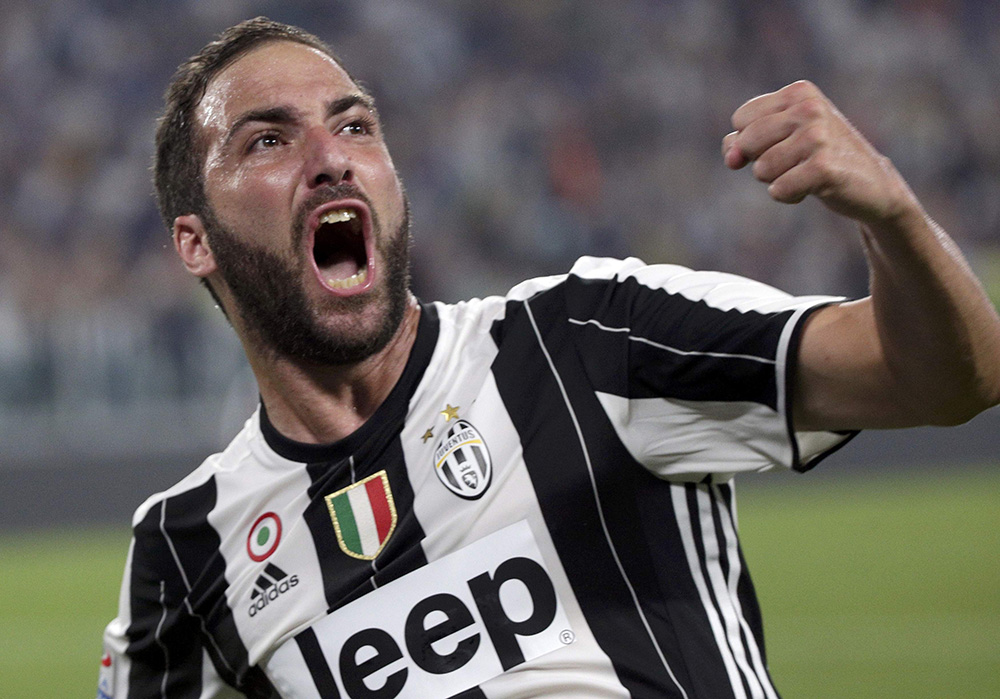 Juventus’ Gonzalo Higuain can expect a hostile reception when he returns to Napoli.

Final thought. Next Sunday night sees champions Juventus face one of the very last, theoretical stumbling blocks on their way to wrapping up a sixth consecutive league title when they face Napoli in Naples. Given that Juventus remain eight points clear of second-placed Roma and ten points clear of third-placed Napoli, the possibility of a fatal stumble at this points seems much more theoretical than real.

However, the game is sure to present one or two “serious moments”. For example, how will the Napoli fans receive their one-time idol, now traitorous enemy, Argentine Gonzalo Higuain. And then again, the game comes just three days before the two clubs meet (again at the San Paolo) in an Italian Cup semi-final tie which sees Juventus take a 3-1 league into the second leg, following a typically controversial first leg in Turin at the end of February. Stand by for fireworks.