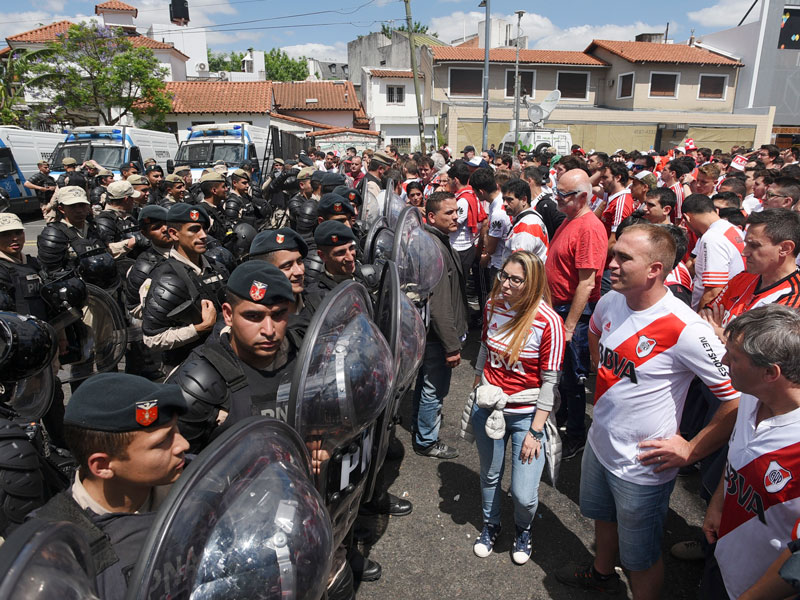 The British brought football to South America, and especially its south cone. But it was the Argentines who did more than anyone else to spread the game northwards.

This becomes very clear from the early 1950s diaries of a young medical student, Ernesto Guevara, on his travels around South America, before he made it to Cuba and was dubbed ‘Che.’  Merely as a result of being from Argentina, Guevara and his friend are considered to be football experts by those in other countries.

The rest of the continent continues to show a strong influence of Argentine football culture – especially in its fan culture. In recent years, even Brazilian supporters, separated from the Argentine experience through a language difference, have been imitating Argentines, adapting Argentine songs for use on their own terraces.

Indeed, Argentine fan culture is an intoxicating thing. The songs are stirring, the passion is captivating, the spectacle is dazzling.

But it comes with real problems.

Some of this has been there since the start, at least in potential. The clubs are seen as representatives, or even defenders, of their neighbourhoods. This means that, in a very real sense, the fans are the club. From this perception comes the old habit of helping out supporters with travel expenses when the team plays away from home.

Over time – and over decades of political, social and economic decline – this idea of ‘fans as club’ has mutated into something very dangerous.

The method of organisation in Argentina is that of the social club. The president is an elected position. This, of course, means that politics and political divisions are a normal part of the internal workings of the club. And in this scenario, a rent-a-mob can prove very useful; they can back certain candidates and intimidate others, and do the same to players who get out of line.

And so the rent-a-mob ‘barras bravas’ were born. These organised groups of thugs have turned their activities into a profession. The informal ‘tax’ charged on players – to help the fans with traveling expenses, ostensibly, is just one of many streams of revenue for rent-a-mobs who have moved well beyond football to make money from rendering their services in conventional politics and other criminal activities.

It is almost certain that Saturday’s attack on the Boca Juniors team bus was not motivated merely by misplaced passion. The likelihood is that there were solid commercial explanations – especially the police operation looking to put the squeeze on black market ticket sales.

Making money from touting is a typical ‘barra brava’ activity – and in the case of the biggest super-classico of all time, there were clearly fortunes to be made. So when a police operation in the days before the game had some success in cracking down on the touting scheme, it is perhaps not surprising that the thugs may have come up with some sort of reprisal.

Whatever the truth behind the attack on the Boca bus, there is no denying that Argentine football has a serious problem with organised fan violence.

In England this battle began to be turned round after the dark days of the 1970s and 80s as a result of a number of measures. The changes in stadium architecture and stiffer legal sentences were important. But maybe even more so was the reaction of the supporters themselves. The fanzine movement played a vital role in fostering a new football culture. It gave supporters a forum, and a means to differentiate themselves from the violent elements.

The task in Argentina is much more difficult. But something similar is required, some formula by which the fans can organise and preserve the many positive aspects of local footballing culture – while also distinguishing themselves from criminal gangs who live off the game, and strangle it in the process.