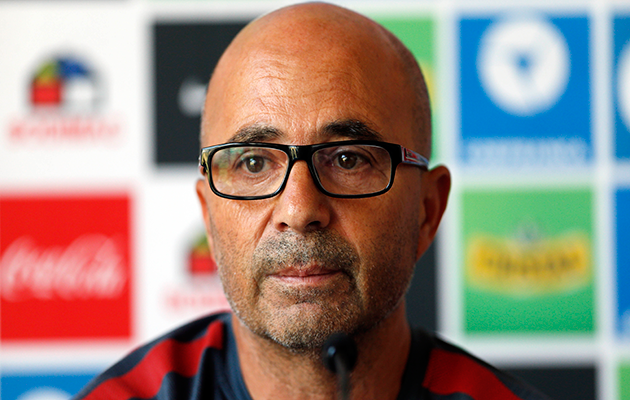 So just the forty, then. Spanish football returned with goals – lots and lots of them. There were ten in Seville, eight in Barcelona, six in Valencia, and an average of four per game all over the country. And if there were none on Sunday night between Atlético Madrid and Deportivo Alavés, by the time it was Monday morning, there were two: one arrived at four minutes past midnight, another three minutes later. Nowhere was there a goalless game, and even the lowest scoring of matches was historic: Leganés, down in Spain’s rationalised, eighty-team, four-grouped Second Division B just three years ago, marked their first ever game in primera with a 1-0 win at Celta de Vigo. That wrapped up a huge weekend for the new arrivals: all three promoted clubs had taken at least a point on the opening weekend.

It was close, though. There was drama, just as there always is. A little romance too. At the Calderón, Atlético thought they had won it with a 92nd minute penalty only for Manu García to score a superb equaliser from twenty-five yards in the 94th. Alavés’s captain, born in Vitoria, an Alavés fan, García said he always expected his club to return to the top flight; what he didn’t expect was to get there with them. He didn’t think he would be good enough. But here he was, the man whose goals had previously saved them from relegation and won them promotion, scoring their first top flight goal in over a decade, and in the very last minute against the European Cup finalists.

No one could quite understand how it had happened at the Calderón. Atlético had taken twenty-seven shots, Alavés just two. And that wasn’t wild shooting from anywhere: twenty-one of them were from inside the area. Twice Diego Simeone’s side hit the post, they missed sitters and watched Pachecho make save after save. They took twenty corners. But it just wouldn’t go in … not until Fernando Torres won a late penalty that Gameiro scored. And then García did it. “A fairy tale,” he said.

If it wouldn’t go in for Atlético, others made up for it in Spain. Las Palmas scored four at Mestalla, slick and fast on the break. Real Madrid got three in San Sebastián, two for Gareth Bale and another for Marco Asensio, superbly bringing down a fifty-yard pass from Raphael Varane and dinking it over Rulli. And in Barcelona, it finished 6-2. “God is blonde,” Sport cheered. Messi scored two, Luis Suárez three. 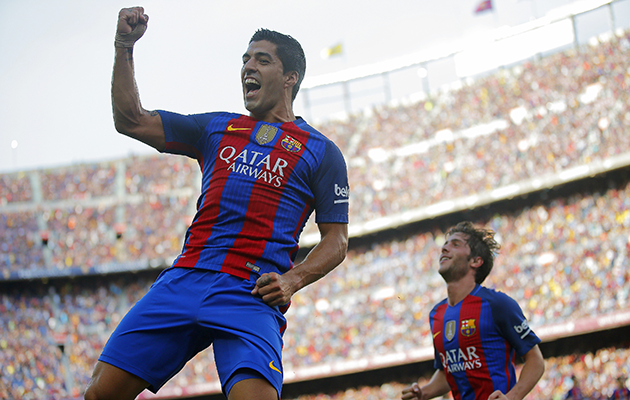 Luis Suarez scores a hat-trick on the opening day of the season.

Messi scored twice, Bale scored twice, Ruben Castro scored twice, Luis Suárez got a hat-trick … some things never change. Some things do, though. And not just the colour of Messi’s hair. Samu Castillejo scored a beauty for Villarreal in a 1-1 draw with Granada, arguably the weekend’s least entertaining game, and insisted afterwards: “I like people to talk to me in a quiet voice.” The “unlike Marcelino”, the coach Villarreal sacked just days before the season started following a confrontation with board and players, went without saying.

And then there’s Sevilla. This is new. And it’s exciting. And no one quite knows where it will end but they’re certainly going to stick around to find out. “It was spectacular,” coach Jorge Sampaoli said afterwards. That was one word for it. Bonkers would be another. Fun would be better still. Bizarre, brilliant and completely crazy.

It’s hard to say what happened exactly, except that it was good. 3-3 at half time, and it could have been more but for a handful of superb saves from Espanyol’s new goalkeeper Roberto. It finished 6-4 to Sevilla against an Espanyol side that are under new ownership and management and look quite exciting themselves. You could happily double that figure and it wouldn’t be ridiculous. Well, it would, but it was pretty ridiculous already.

There were forty goals on the opening weekend, ten in the Sánchez Pizjuán alone. One match report inadvertently summed it up nicely when it noted of a spell early in the second half: “…and for nine minutes there were no chances.” Nine whole minutes. And, no, don’t worry: it didn’t last.

Players were zooming about the pitch, intense and intent on attacking, always wanting the ball, refusing to just boot it. “We attacked for ninety minutes,” Sampaoli said. Everyone was an attacker, it felt; Vitolo at full back was quite the statement of intent. Except that he wasn’t really at full back. Maybe no one was. It was fast, chances falling constantly. And it was a joy to watch. Some grumbled, seemingly affronted by the defending, but wasn’t football supposed to be fun? Well, this was fun.

Players seemed to be coming from everywhere; they were all over the place, impossible to keep up with. Perhaps that is the point, done by design not accident. In the space of one and a half pages, the Seville-based sports paper Estadio Deportivo made four different suggestions as to what Sevilla’s formation was. In other words, they couldn’t work it out. Nor could anyone else. Well, Sevilla’s assistant coach Juanma Lillo did once insist that there is no formation, “not even in the minute’s silence.”

Down on the bench, he enjoyed this. So did everyone else.