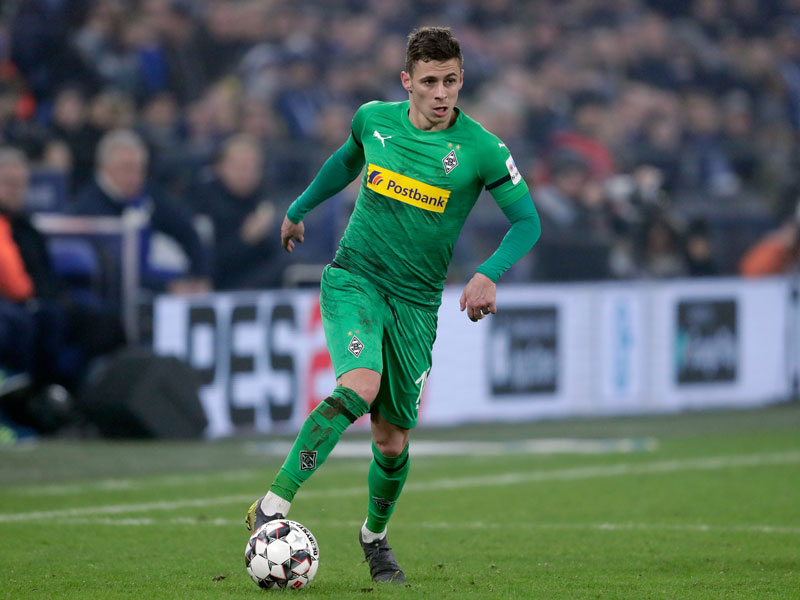 Without fuss, fanfare or widespread recognition, Borussia Mönchengladbach are enjoying the time lives at the moment, looking good to secure what will be only their second Champions League tour of duty in the past dozen years.

While most critics concentrate their gaze on irrepressible league leaders Dortmund and Bayern Munich’s inhabitual vulnerability, Gladbach’s emergence as top-three side of real quality has largely gone unnoticed.

It’s almost as if, this corner of western Germany has been wiped off the Bundesliga map. Media tunnel vision? Quite possibly.

There has been so much to admire about the Foals in recent months: their rock-solid best-in-show defence – a unit breached just 18 times in their opening 20 fixtures – their 100 per cent home record; the wealth of young talent they have in the attacking midfield department (particularly Jonas Hofmann and Florian Neuhaus) and the outstanding forward trident made up of Lars Stindl through the middle and the Belgian-French wide-area combo of Thorgan Hazard and new signing Alassane Plea.

In a front-line oozing flexibility, speed and cunning, Thorgan Hazard, the younger brother of Chelsea’s Eden, undoubtedly is the Foals’ ace in the hole, scoring and creating with wild abandon and a quicksilver threat on either flank. Once regularly decried for his tendency to be a hit-or-miss finisher, Hazard now is anything but in the danger zone.

As an attacking force, Gladbach are especially potent on their own patch. In each of their last 14 home games, they have scored at least twice, the sort of sequence they had not delivered since the early 1970s.

Full credit to Gladbach’s highly-experienced coach Dieter Hecking. Not so long ago, the former Hannover, Nurnberg and Wolfsburg boss was fielding accusations left, right and centre. Not progressive enough, too much the old school man-manager, out of touch with the modern-day era of laptop analysis and instruction. So much for the so-called ‘dinosaur’.

The vast majority of his calls this term have turned up trumps. Thanks to a switch from a 4-4-2 to a 4-3-3, the team is far better balanced; his defensive set-ups have proved exercises in miserliness and he also has vastly improved the side’s control in possession. The proof ? The 62-pass move which led to Florian Neuhaus scoring in the recent 2-0 win at Schalke. Two minutes, 45 seconds of slick interplay prior to the coup de grâce. Sensational stuff.

“This was brilliant work by the whole team,” exclaimed Thorgan Hazard after the game. “It was a little like Barcelona.”

1. Dortmund: six-goal thriller and goodbye.
In a rare sign of weakness this season, Dortmund are out of the DFB Cup, beaten on penalties by visiting Werder Bremen in a Round of 16  encounter.The two sides were tied 3-3 after 120 minutes of pulsating action. Bremen had the stronger nerves in the shoot-out, prevailing 4-2. Dortmund, whose hopes of a Treble have gone up in smoke, will feel more than a little hard done by. They were so dominant in the first-half that they recorded 70 per cent possession and only were pegged back at 3-3 in the final minute of extra-time (the Austrian Martin Harnik heading in a corner).

2. London calling.
If Sport Bild are correct, RB Leipzig are about to be assailed by offers from the Premier League for their 19-year-old centre-back Ibrahima Konate. Arsenal, Chelsea and West Ham are all reported to be extremely keen on the French starlet. RB only paid Sochaux 300,000 euros for Konate in the summer of 2017. Now he’s valued around the 18 million mark. That’s what you call inflation.